It used to be that you could save money finding a share in these parts. But not so much in SoMa, and not so much in fancy high-rises. This is an ad that one enterprising, hopeful roommate posted for a two-bedroom unit in one of the towers at One Rincon Hill  it may in fact be the taller South Tower, which is mostly condos, because a pasted description of the unit in the ad describes it as a condo. And he's asking $3,300 for the second bedroom and bath, presumably because the total rent is north of $6,000. Or this could actually be a recent condo buyer looking to offset his mortgage with your rent. Yes, that's probably it. 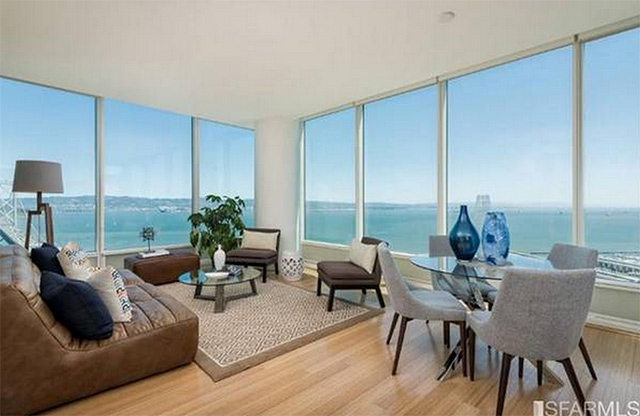 I'm assuming it's a he, but no gender is given in the ad. All it says is, "I'm 24, really clean, considerate, work relatively long hours nearby in the financial district, and would be a great roommate," which suggests that he's just bought this thing, and has not actually had a roommate here before.

But yes, given all the MLS photos he apparently had access to, I'm going to guess this is someone who just bought this unit at an exorbitant price, probably with his parent's help.

It is, yes, a lovely apartment with a lovelier view, but what I'm calling out here today is the price and the size of that bedroom, because at that price one could find a studio at the nearby Jasper that probably also would have a view, and not have to deal with living with this 24-year-old and his annoying kitchen habits. 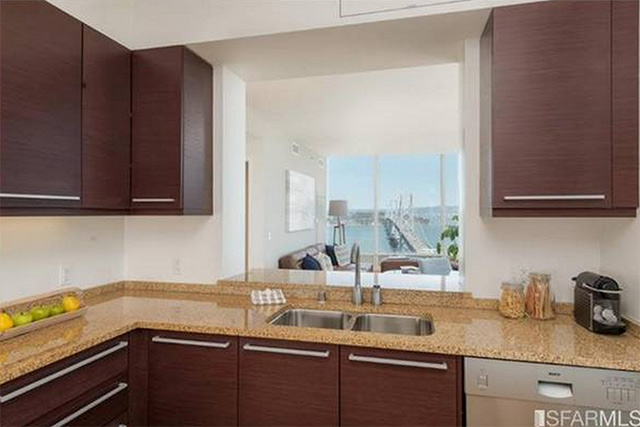 To live in SoMa, with a view, someone will probably pay this price, assuming they just don't want to live alone in some other building. Or maybe they just really love the photo of the 49th floor residents' lounge with its pool table. 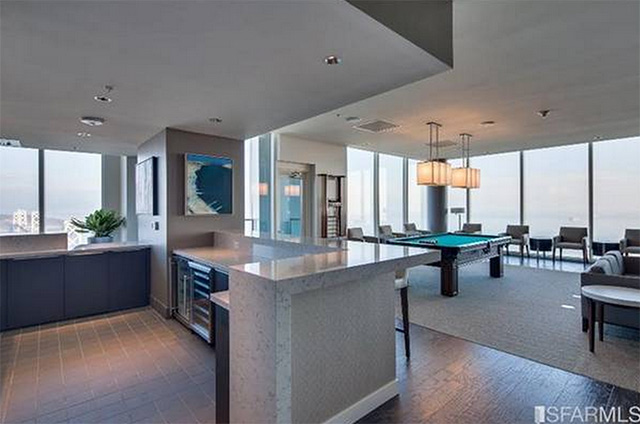 Or this shot of the pool at night. 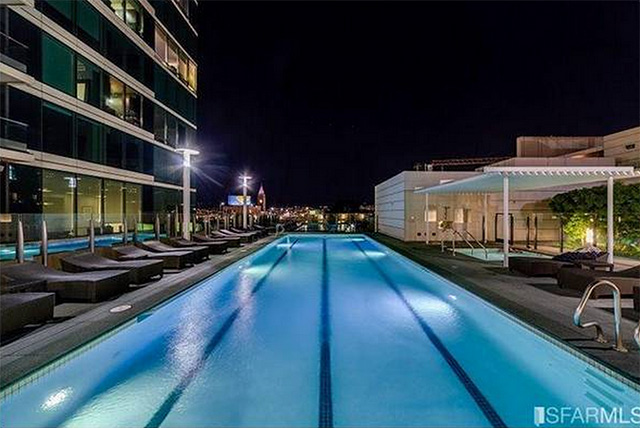 Or the idea of that little smoker's balcony overlooking the freeway. 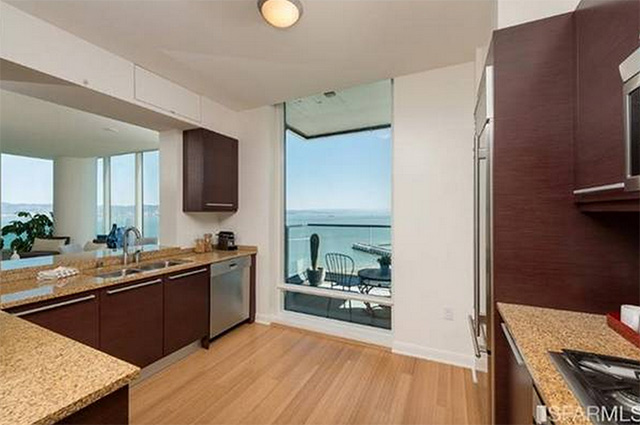 And granted, this is not as sad as the yard at this place (note the ad tells tenants they'll have to pay for "landscaping"), or the many SRO units that are now being passed off as $1700 "efficiencies."

But look again at this tiny, sterile box of a bedroom that someone might pay $3300 a month to live in. 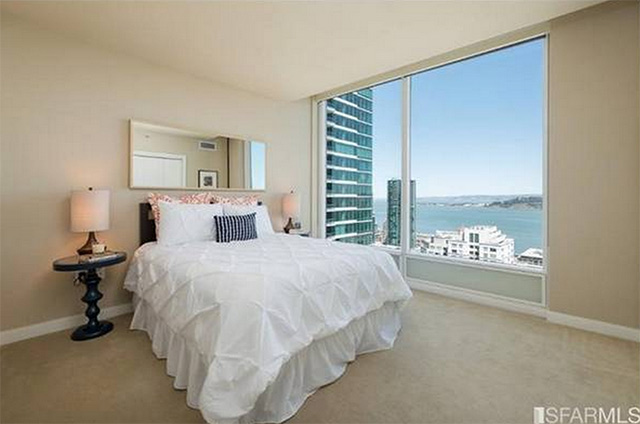 That shot was taken with one of those wide-angle, realtor's lenses, so you know that bedroom will feel half as large  and the shot up above of the same room shows just how little room there is at the foot of the bed.

Please know, dear renter, that that is a guest bedroom at best, and you can do much better for your $3,300 a month.

In fact, unless you're only planning to live there a couple of months, that amount of money is bound to make you sad as it leaves your bank account every month, totaling $40,000 by the end of a year, probably just to help this jerk pay his mortgage.

It'd be one thing if he were giving you the master bedroom and this was just some struggling new kid in town who couldn't find anywhere else to live, but if this person did in fact buy this place... I don't know. It just feels wrong. Maybe he should have bought a one-bedroom.

You think Oaklanders are pissed about San Franciscans moving there and driving up housing costs? Observe Portland, where a certain symbol sticker, showing the state of California with a line through it, has

A 61-year-old San Francisco man was killed Thursday night, when a fight on a notorious SoMa street turned deadly. Officers from the San Francisco Police Department were called to the famously troubled stretch