The veterinarian bill for American Grilled Cheese Kitchen owner Heidi Gibson's 60-pound pit bull came to $350. As she wrote to Facebook, beneath a picture of Micky's raw and bleeding muzzle:

Actually, we did, so SFist reached out to Gibson.

"I was out walking my two dogs in Bernal Heights about 9 o'clock on a Friday night about two weeks ago," Gibson says. "We've seen a couple [raccoons] in the neighborhood, and I'm just walking the dogs around a quiet street when the dogs kind of pull me over to sniff a little area between two houses."

"I heard a hiss from the area," she continued, "so I pulled the dogs — who were on leash —away, and a raccoon came out of this little crawl space and ran after us, and chased us down the street.

"I'm just running down the middle of the street, it's running after us, and it caught up with us about halfway down the street, and just jumped on one of the dogs."

According to Gibson, "The raccoon did not win the fight, but it was very much the raccoon's idea to fight. I tried not to get in the middle of it: It pretty much just latched onto my pit bull's face. He managed to get ahold of one of its legs, and the two of them were locked in battle. I don't think the raccoon made it very far, but it managed to get away.

"I took the dogs home, the pitbull's face was all swollen up, and he lost a tooth. He's totally fine, he's a big tough boy, and now the two of them check between every car and every house as we go on walks." 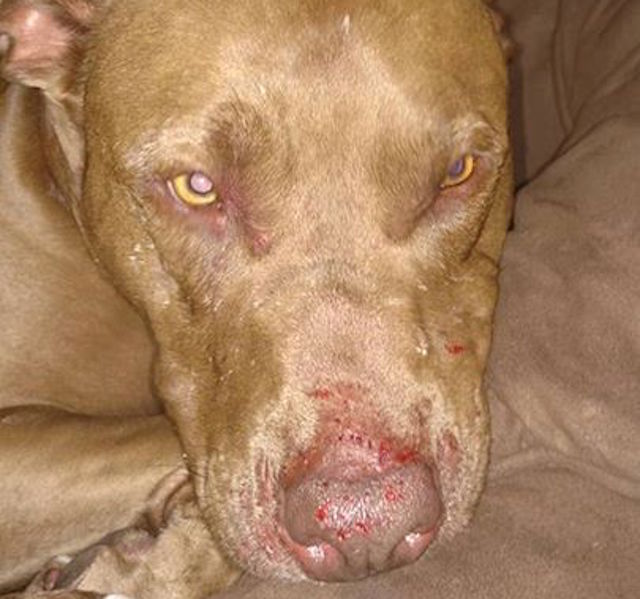 In consulting her veterinarian, Gibson asked if, based on the raccoon's erratic behavior, it might have been rabid. The vet's reaction: It could have been, but as long as Gibson hadn't been herself bitten or scratched, and her dogs' rabies shots were up to date, there was no knowing or really worrying.

Jamie Ray, the Director of San Francisco Rescued Orphan Mammal Program (SFROMP), notes that nighttime dog walks present the greatest chance of a wildlife encounter. "Walking dogs on a leash at night and making some noise while walking is a great way to avoid encounters between dogs and wildlife at night," she advises. "A jingling tag or other 'noise maker' on a leash can alert wildlife to the approach of the dogs."

A call to Ray, who acts as a sort of lifeline for Animal Care & Control in San Francisco, puts you on the line with her helpful advice, including the note that we're in the midst of baby season. That's right: Young raccoons, she tells SFist, are beginning to leave their burrows for the first time with their protective mothers.

Any raccoons you see in a pack, Ray explains, are mothers and their children who are learning to live among humans, crossing our streets, fishing through our trash, and catching mice and rats (their main diet).

But Ray is eager to note that an encounter such as Gibson's — not to mention the recent attack by a swarm of raccoons on a thoroughly terrified Richmond District couple — is as "unfortunate as it is rare."

"This was an accident of timing and highly unusual because neither the dogs nor raccoons were aware of the other’s presence until they were nose to nose and startled," Ray writes to SFist. "Usually dogs will bark or pull on their leash to alert their human companions that another animal is nearby, allowing time to avoid an encounter."

Ray points to the high media profile of skirmishes with raccoons. One of the least forgettable among those made a massive splash in 2013 when Digg Founder Kevin Rose recorded this video of him throwing a raccoon off his pet.

Raccoon numbers could be growing in San Francisco, but it's impossible to tell. By the time Deb Campbell of Animal Care & Control encounters raccoons, they're DOA, but the number she's picked up has remained about the same of late. "One of our jobs as an agency is to pick up dead animals from the street," she explains.

"There's always been a high raccoon population just like with any urban environment. Raccoons are opportunistic so they're drawn to places that have a large human population, because they take food from humans, through our trash or pet food left outside, a lot of opportunities for raccoons."

When Campbell does get a call about a raccoon — which is often — she refers her caller to SFROMP — essentially, to Ray. "We always preach co-existence," Campbell elaborates. "I know that in some situations things can get out of control, and if wildlife is getting out of control or is in distress, this is our emergency dispatch number, and you call that if a raccoon is attacking you or you see a raccoon thats injured or sick, just call (415) 554-9400." 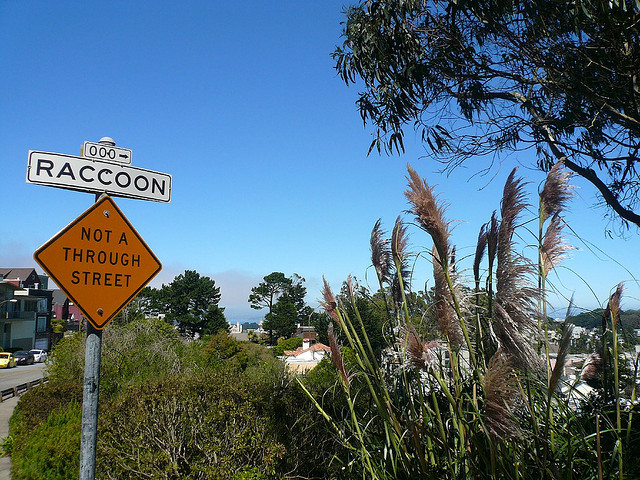 Chad Kruger with NorCal Wildlife Removal has a different, perhaps darker view of raccoons in no small part due to the cases he sees. He traps them — which is only legal if property damage has been incurred —  and kills them, as relocation is illegal in California.

"I do about half my work in SF and half my work on the Peninsula," he says, estimating that he's provided his services in the City about a hundred times since the beginning of this year.

"It definitely picks up as it gets into fall, between August and November," he says, "And while we're in a drought it's kind of been crazy all year. Animals are a lot more desperate, so they're looking for food and water, it makes them a lot more brazen, breaking into peoples' homes a lot more because they're dehydrated and starving."

That bowl left outside for your pet might look very appetizing to a thirsty and starving raccoon, and that's why, says Kruger, "people should definitely be bringing their dog food or cat food in at night, water bowls too."

"That's what will cause a confrontation is when a dog goes outside and a raccoon is eating their food, or if there's youngsters around at night and the dog goes outside to use the bathroom, that's when a lot of dogs get attacked and or killed, I would recommend that people keep their dogs on a leash in the middle of the night if they're taking them out," Kruger concludes, "That's how people can avoid losing their dog."

But to that, Ray might add her bit about living together in an urban, but wild, environment. "While some people may have a 'revenge' response toward raccoons, coexistence between dogs and wildlife is not only possible, but not difficult." 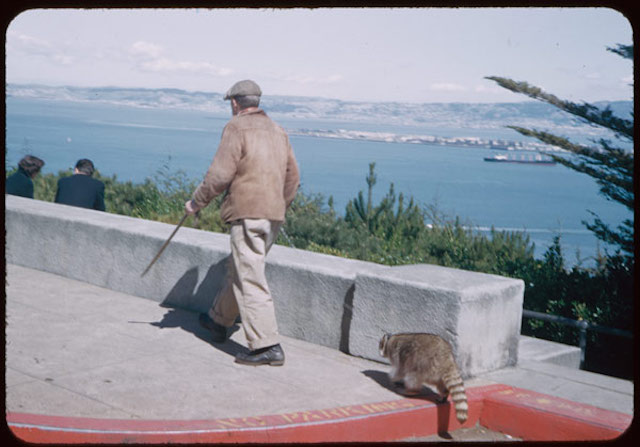 Home Depot and other corporations, like Walmart, now count on seasonal upticks in sales from Burning Man. [Quartz] Uber launches SmartRoutes to compete with Lyft’s similar service which gives $1 discount if

"The music never stopped" continues to be a prescient, now even somewhat ominous Grateful Dead lyric. As Rolling Stone writes, the band — or rather its former members Mickey Hart, Bill Kreutzmann, and Bob

—
WTF Is Happening With Raccoons In SF: What You Can Do To Keep Your Dog Safe
Share this