For the second week in a row we have a spiffed-up SRO that some owners are trying to fill with a better class of tenant than they've likely previously had, given the location and living conditions. But at least in this case no one is lying and calling this an "efficiency" apartment. It is a 100-square-foot room in a SRO with a shared bathroom and shared kitchen, and your neighbors may very will be parolees and methadone addicts, but they don't actually tell you that last part in the Craigslist ad.

This gem of a property is located on Golden Gate Avenue between Hyde and Leavenworth, just a hop and a skip from Civic Center as well as many of the Tenderloin's scariest corners. 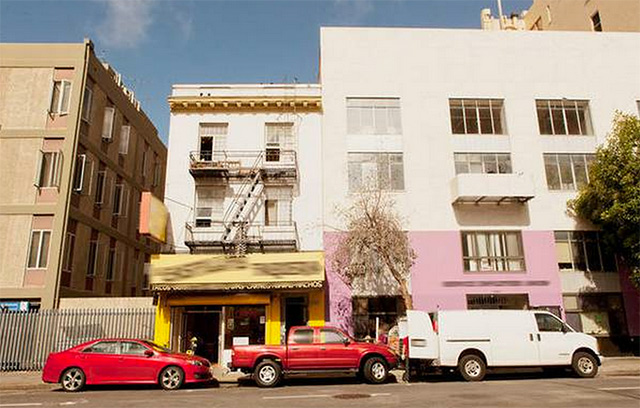 Up at Turk and Leavenworth you'll have your choice of sketchy corner stores, including the TL Tobacco and Market, which is open 24 hours but is sketchy enough that no one has even reviewed it on Yelp. 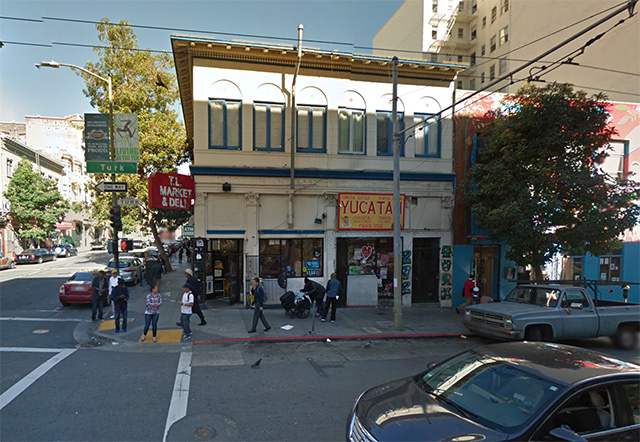 Your corner market, should you move here. Photo: Google

Like last week's remodeled SRO, this one comes furnished with a twin bed, because that's about all that will fit comfortably in here  and no one is trying to pretend this is anything more than temporary shelter / a pit stop before your next incarceration. And the landlords have latched on to that great real estate trick for photographing tiny spaces: the wide-angle lens.

As you can see, there is a new looking sink and vanity in the room, but for your pooping and showering needs, you'll be headed down the hall to the shared john. As the ad explains, there are two bathrooms on the floor shared by seven rooms. Lucky for you if you're an employed tech worker who's due on your shuttle by 8 a.m., most drug addicts don't rise and shine much before noon, so there won't be a shower line. 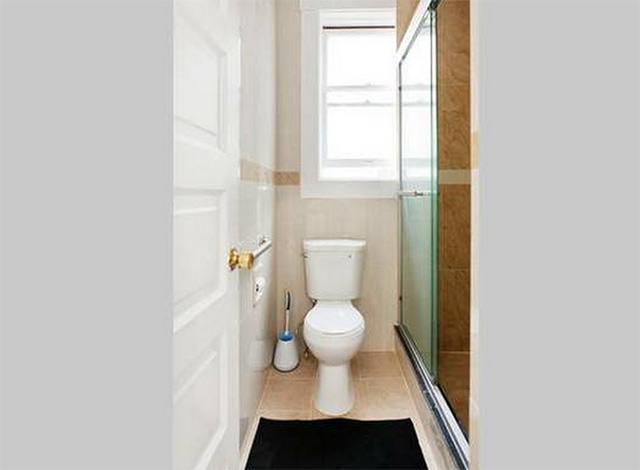 And while last week's example, with its tiny fridge and hot plate, was commanding $1700 a month, this unit is listed for $1300 a month, perhaps given the less than desirable location, and lack of private hot plate.

Here, below, is what the shared kitchen looks like. And I don't know what that hobbit hatch is underneath the cooktop, but clearly it is not an oven. So, no oven. 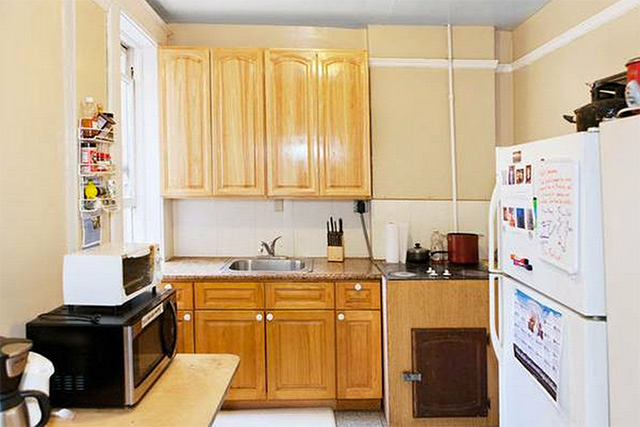 And, though it's illegal to do so, the ad says "male preferred," in the headline no less, and it says that all the other tenants in the building are males in their 20s and 30s.

Is it possible that a new owner came in here and evicted a bunch of previous tenants in order to remodel and market this place to more gainfully employed individuals? That seems plausible. But it is equally plausible that they've only been renovating the units one at a time as people move out, and there are still some longtime denizens with whom you'll be sharing the shower.

Don't get me wrong: I believe that SROs have their place in the array of housing options in the city, and they are the last vestiges of actually affordable housing that we have. But it's interesting to see places in the heart of the Tenderloin, like this, being marketed to people as a "walker's paradise" that's "Filled with cheap eats, and walking distance to Bart and the Main library." "You'll be truly getting the urban experience," promises the ad, and they ain't lying!

I have to hand it to this landlord that they aren't being shady in their descriptions, calling an SRO an SRO, and even showing us the floorplan of the place  by the way, it kind of looks like one bathroom might only be a half bath, with a toilet and no shower, so that seven people sharing the one shower, probably. 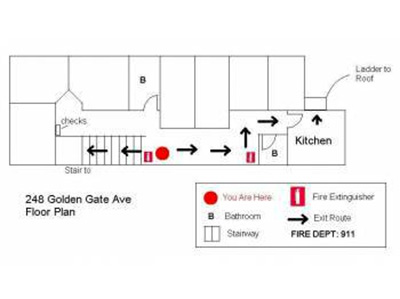 See where the map shows you where to drop your rent checks? That's probably due to the fact that some tenants have been paying weekly, and without the drop box it gets to be a lot to collect.

The good news is, in addition to having all your prescription and illegal drug needs met within a five-block radius, you will never be short on pals to party with after last call, because this is a neighborhood that truly never sleeps  well, the meth heads don't, at least.

I believe the building is the one at center left, and the units are on the upper floors.

Thought to be endangered and not seen in California in 90 years, gray wolf sightings have been happening this year with some frequency via remote, motion-activated, wildlife trail cameras. Only up until now,

If this can be said of anyone, Jeff Goldblum's voice is jazz. His impromptu cadences, his vocal dynamics: They're unexpected delights no written interview — apologies! — could do justice. Fortunately, Goldblum hopes to do

—
Apartment Sadness: An SRO That Calls Itself An SRO
Share this