I considered highlighting another expensive atrocity this week  a $6500 one-bedroom that comes with some nice countertops, proximity to Duboce Park, free maid service, and constant noise from the Muni light rail  but instead a tipster sent us something sadder, spotted on good old Craigslist. It's a teensy $1700 studio that is, actually, not a proper studio, and is technically an SRO, but at least the landlord saw fit to put in one of those weird all-in-one stove/sink/fridge units.

Seen one of these before? 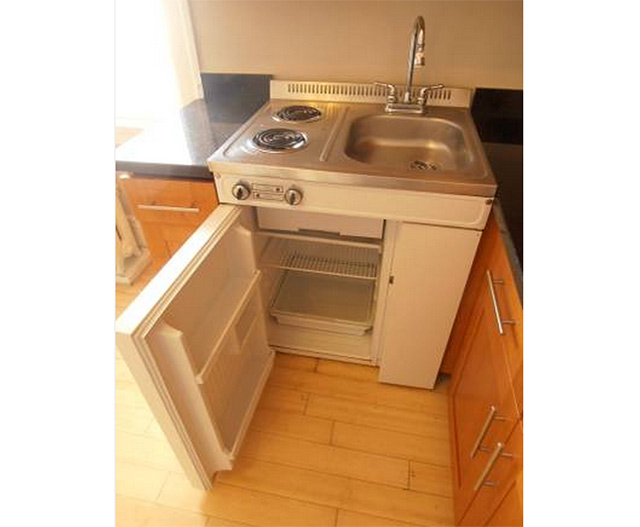 Clocking in at I'm going to guess 150 square feet or less, this room for rent also comes semi-furnished with a sad little cot  shown above, which our tipster correctly notes, "The [prison-]striped comforter goes a long way toward reinforcing the idea that this place will basically be a prison."

Here's another angle, just to drive it home. 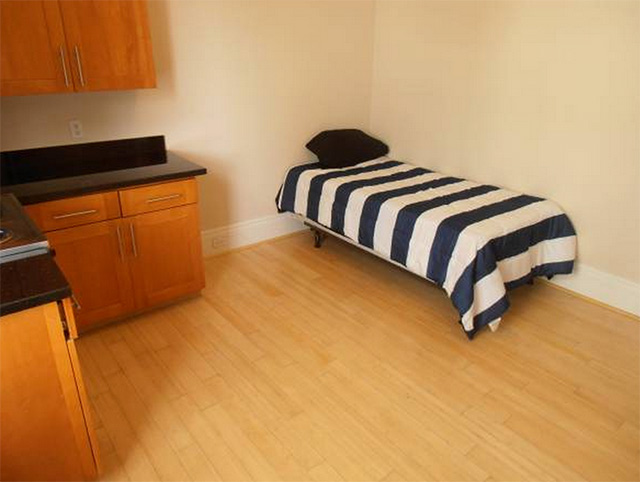 This not-studio, which is being billed as a "very clean and affordable Efficiency," is listed as being in Hayes Valley, but let's just say it's Hayes Valley-adjacent. It's at 72 Gough, which is almost more like mid-Market, but yes, Hayes Valley is quite nearby.

Here's the view, for reference. 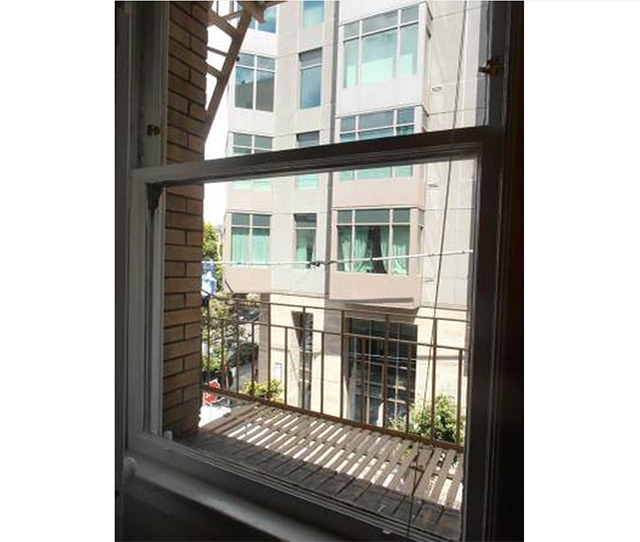 So, the reason it's really an SRO is because the bathroom is shared, off the hallway, with another unit.

That may be an OK compromise to some who would like to live by themselves in a central location for under $2000.

But this is still pretty sad right? I lived in a shared bathroom situation once, just a few years ago, and I was paying $1000 less a month for the privilege, and the space was almost twice as big as this.

The market will probably bear it, though, and this thing will be snapped up  and having a tiny fridge and combo-sink-stove-thing is better than not having one, which is the case in about half the apartments we've shed tears over in this column in recent months.

And we have come to the point where this is considered a good deal, people! And they're only going to be building hundreds more of these micro-units, albeit with their own bathrooms, in Hayes Valley in the coming years. Because everyone will be willing to pay $1,800 or $2,000 to be that close to Biergarten, right?!?

Just bear in mind that a decade or two ago a unit like this, prison-striped comforter and all, would have been reserved for ex-convicts and sex offenders, and would have cost $125 a week. Best of luck.

All previous editions of Apartment Sadness

People seem more into Full House these days than they were when the damn thing was on, with news that a reunion show and Lifetime movie on the topic getting the kind of

—
Apartment Sadness: A Prison-Cell-Like SRO They're Calling An 'Efficiency'
Share this