It's summer, officially, and and thus vacation season, but a lot of us have either not found the money to take a real vacation this year like we deserve, or we haven't had the time or bandwidth to plan one. So, we bring you some best bets for quick and easy trips out of town that won't kill your wallet, or require a passport.


Angel Island
All getaways should begin with a ferry ride, and so it is with Angel Island. Hop on at the Ferry Building or Pier 41 and arrive at the largest natural island in the San Francisco Bay, a place which has known incarnations as a military base and an immigration station, sometimes called the "Ellis Island of the West." A park since 1954, Angel Island might as well be called "day trip island," although there are campsites to enjoy, too. Expect picnic tables galore, a cafe that slings beer, hikes to the top that won't tire you out (too much), and over 9 miles of bike trails (bring your cycle on the ferry or rent on the island). Oh yeah, and Curbed has it that in the 1970s the former employee cottages, which were designed by Julia Morgan, were burned for the filming of Robert Redford's The Candidate. You'll want to remember that. Caleb Pershan 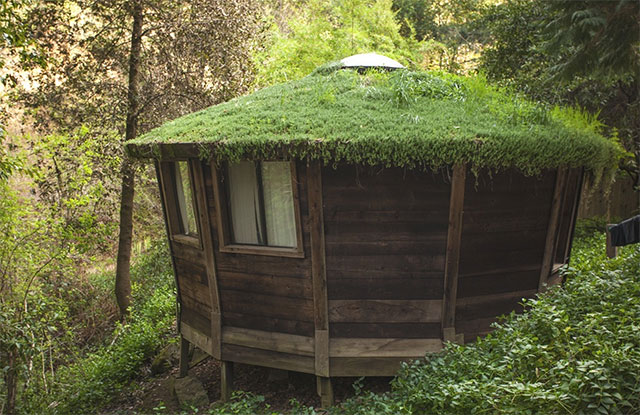 Harbin Hot Springs and Orr Hot Springs
Harbin Hot Springs is a pretty, if sometimes rather busy, throwback to the 1960's, with clothing-optional communal baths, a restaurant, meditation groups, massage services, yoga classes, writing workshops, and trance-y weeknight dance parties called Unconditional Dance. The place actually dates to the 1860's when a number of hot springs were discovered in northern Napa and Lake Counties, and after becoming a cult-y commune for a few years in the late 60's and early 70's, it returned to being a resort and was the place that the water therapy known as Watsu was developed in the 1980's. By contrast, Orr Hot Springs, which is a farther trip north in Mendocino County, is much smaller and way more simple, with a communal kitchen for preparing your own food, communal baths, massage services, awesome yurts with green roofs (a couple of which accommodate up to 3 people), and zero cell signal, wifi, or any televisions. It is a quiet, lovely place, but if you're a person who requires more activity and stimulation, Harbin might be a better fit.  Jay Barmann 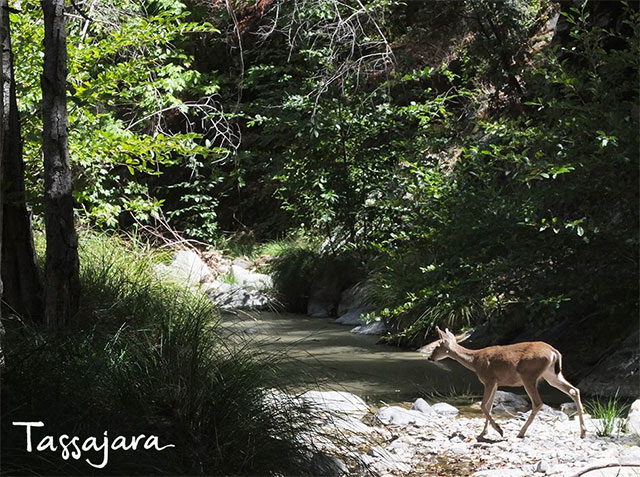 Tassajara Creek, which runs through the springs. Photo: Facebook

Tassajara
Much like Harbin, Tassajara, down south of Carmel and east of Big Sur, was a hot springs resort that dates to the late 1800s, fell into disrepair, and was rediscovered and bought by some hippies in the late '60s  only in this case they were Buddhists, and part of the burgeoning Zen Center in San Francisco. The place is now an active Buddhist monastery with serious cred, an offshoot of the urban Zen Center, and staffed by students and volunteers who are there for months of meditation practice. It is also very, very remote, accessible only by a single, precarious, dirt stagecoach road that winds into a narrow canyon, and it's extremely beautiful, and very hot in the summer. Outside guests are welcome between April 30 and mid-September, with room rates that start around $200 a night (though cheaper, dorm-style accommodations are also available. There's also a "guest practice" option in which you work alongside the students and staff in the morning (as well as meditate with them) and then experience the place as a guest starting in the afternoon, which only costs $70 to $80, and may involve some sweeping or food prep. They offer various themed retreats throughout the summer, including ones for writers, and for yoga, and you can also just spend the day exploring the creek (there is a natural waterslide!), the various hiking trails around the canyon, and lounging in the communal bathhouse, which is fed by the sulfur-y spring. It is an incredibly calming place with no electricity (except in the kitchen area), and zero connection to the outside world save a payphone, but it can also be intense for the uninitiated  someone runs through the entire resort every morning with a school bell at 5 a.m. to summon people to (optional) morning meditation. There is also meditation in the evening, and occasional lectures, and the place is famous for their bread, and some more than decent vegetarian food. Reservations here, or call 415-475-9362.  Jay Barmann 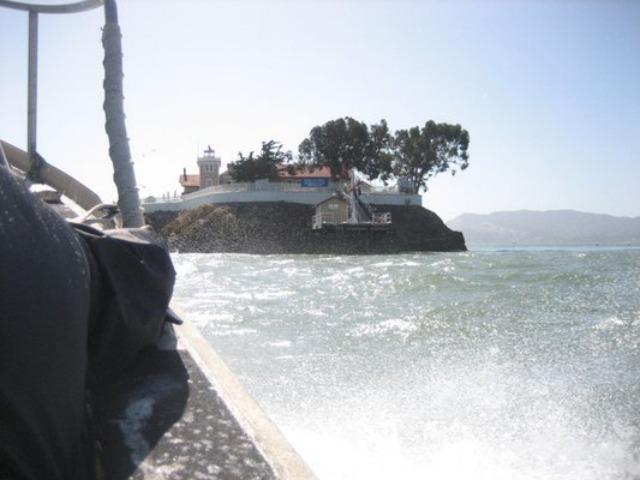 First view of East Brother Island as you approach by boat. Lisa S/Yelp

The Brothers
Look about 1000 feet east of Richmond's Point San Pablo Peninsula you'll see two teeny tiny islands, East Brother and West Brother. Reserved for military purposes by then-President Andrew Johnson in 1867, East Brother eventually became home to a lighthouse (their whole fascinating history is here) which fell into neglect and disrepair in the early 1970s. About 30 years ago, the Victorian home and lighthouse were converted into a bed and breakfast, making this getaway basically the closest thing to an Agatha Christie novel setting you can find in the Bay Area. At publication time, room prices begin at around $315 a night, which includes a tour, dinner, and breakfast. Even if you don't want to spend the night, day trips to the island are available. Is this a good weekend getaway for people who need to be constantly entertained? Probably not. But if you really want peace, quiet, privacy, and an amazing view all only half an hour from San Francisco, this is the place for you. Boats to East Brother Island depart from 1900 Western Drive, in Richmond. Reserve an overnight or day trip here, and check out East Brother's Yelp reviews to get a feel for the experience. -- Eve Batey 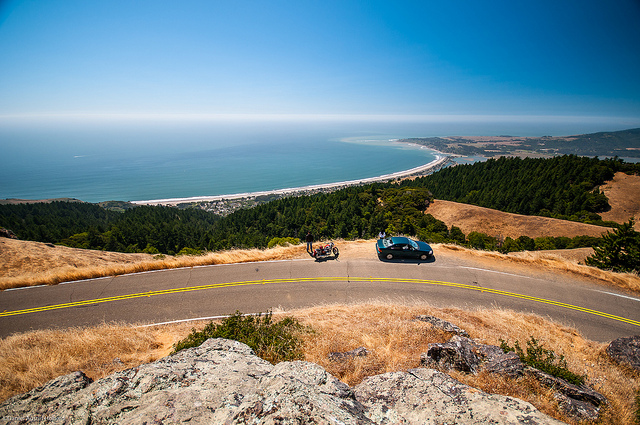 Stinson and Bolinas
Pack up the car for a daring and delightful drive North over the Golden Gate bridge, up Mt. Tam, and along Shoreline Highway to reach the two sweet enclaves of Stinson and Bolinas. This July 4th Weekend, the cold war rivalry between the two beach colonies turns hot with their annual tug of war. Representatives from each town try to stand their ground on their respective sands, divided by a small inlet. As for food and libations, in Stinson, you're getting beach fare at Parkside Cafe and drinks at the Sand Dollar (there aren't a lot of choices, but those are good). And if you can find your way to Bolinas — it's an old rumor that locals change or remove road signs to keep tourists out — try Smiley's Schooner Saloon and Hotel, which I've heard is a funny place to spend the night, too. Last, if you're having too much fun and don't want to come running back to the City just yet, an evening drink or overnight visit to the Pelican Inn might be in order, the closest thing to an english countryside estate you'll see on the way back. Caleb Pershan 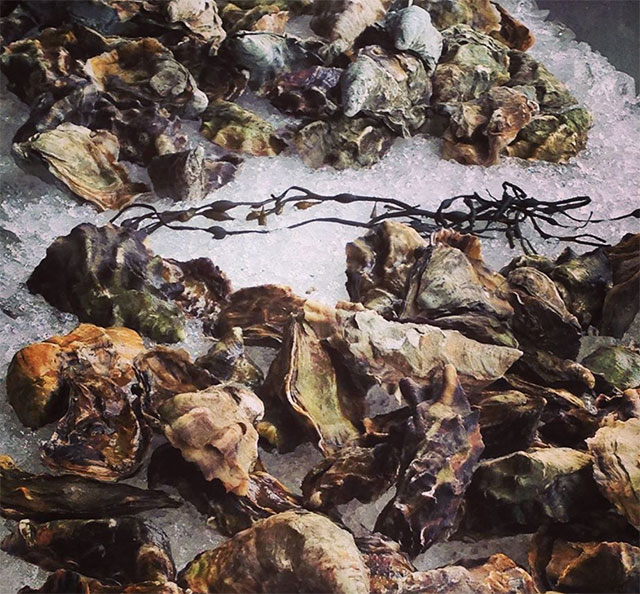 West Marin and Point Reyes
Deeper in Marin County than places like Stinson you'll find an even quieter and more remote coastal paradise that's home to some great restaurants, excellent oysters, and pristine, though often windswept beaches. You can either go west from 101, or snake all the way there via Route 1, but I highly recommend exploring the sandy expanses of the Point Reyes National Seashore, stopping for oysters at Hog Island Oyster Farm in Marshall, going to dinner at the quirky and delicious Sir & Star in Olema, or at Osteria Stellina in Point Reyes Station, and spending the night, or the whole weekend, at Manka's (where the folks who own Sir & Star will deliver great food to your room) or Nick's Cove. 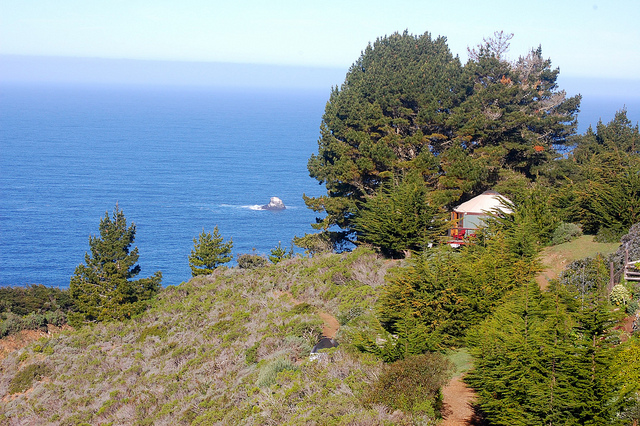 Big Sur
Less than four hours from SF by car, California's central coast is an easy destination with woodsy charm by the bushel. Outdoorsy types can pitch a tent at any one of the state parks or seek refuge in something a little less rustic like Treebones, where your canvas yurt comes with hot tub access and a locally sourced sushi bar. Want to really commune with nature and/or get your Mad Men on? Book yourself a late night soak in one of Esalen's cliffside baths. For an indoor break pop into the Henry Miller Library to catch some live music in the woods or just peruse the books and wonder why Kerouac ever felt the need to come back to the city. -- Andrew Dalton/Eve Batey 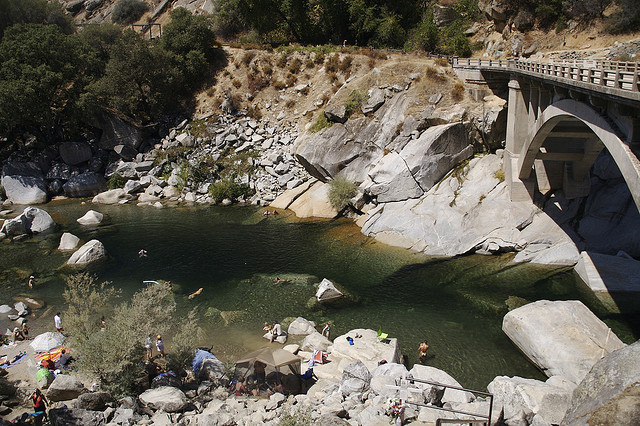 Nevada City
An old gold rush town that looks like it without being hokey, Nevada City is home to charming shops and cafés, not to mention the Treats and their amazing ice cream. If a great a cone doesn't justify the more than three hours spent in the car from San Francisco, it will all be worth it when you're soaking in the cool waters of the South Yuba River. For that, Mountain Dog is a favorite swimming hole, written up in SacMag here. Yes, this getaway is a great overnight mission given the distance, so let me recommend the beautiful Chute Hill Campground for a night under the stars (weather permitting).  Caleb Pershan 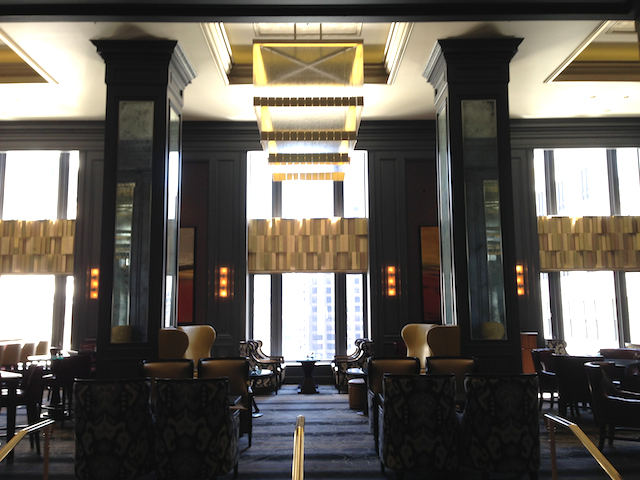 Book A Hotel Room In San Francisco
Sure, there are plenty of outdoor activities in SF, but to make the experience feel like a real getaway, why not book a hotel room in an area "opposite" of your neighborhood? If you live Downtown/SoMa/in the Mission, check into the Seal Rock Inn, which is just steps from Lands End, Ocean Beach, and the old Sutro Mansion. Conversely, as a long-time Outer Sunsetter, for my birthday I treated myself to a weekend stay at the Hotel Intercontinental in SoMa, and spent every day exploring the streets I'm usually rushing through to get somewhere else. (I even took a couple runs downtown! So different than my usual Sunset trails.) This is a great way to get another perspective on your city and to shake yourself out of your neighborhood rut. Give it a shot! -- Eve Batey
Any neighborhood that isn't yours, San Francisco

One of the yurts at Orr Hot Springs. Photo courtesy of the resort.

"San Francisco is still a place where you can see water seeping up from the sidewalk or coming out of a hillside, but people don’t even know it’s there,” natural history