Without Google Maps, could Uber even exist? As an increasing number of ride-hailing drivers live outside of the area in which they operate, a fair few are mostly or completely reliant on their phones for navigation. Here in San Francisco, it's a common complaint that Uber drivers haven't done what in the London taxi scene would be called "The Knowledge."

But Uber's prescribed remedy is simple and might even recruit drivers along the way. Just give existing or aspiring "driver-partners" a mobile game to play. Today, they released one in the Apple app store. It's called UberDRIVE and it's fun to play, which is the point. In fact, I just made $65 virtual dollars with which to upgrade my virtual car.

The company announced the game in a blog post, asking "Ever wondered what it’s like to be an Uber driver-partner?Do you currently drive with Uber and have been looking for a fun, creative way to hone your navigation skills? Today Uber is announcing the launch of UberDRIVE, a mobile game that puts you in the driver’s seat."

The game begins by mocking taxis. In fact, you seem to trade in your own taxi for an UberX car to start the game, which is full of ads to join the team and also includes "educational elements to help enhance city knowledge." Expect "fun facts for the most important landmarks in the city and a simple trivia mode where riders quiz players to point out certain destinations on the map." 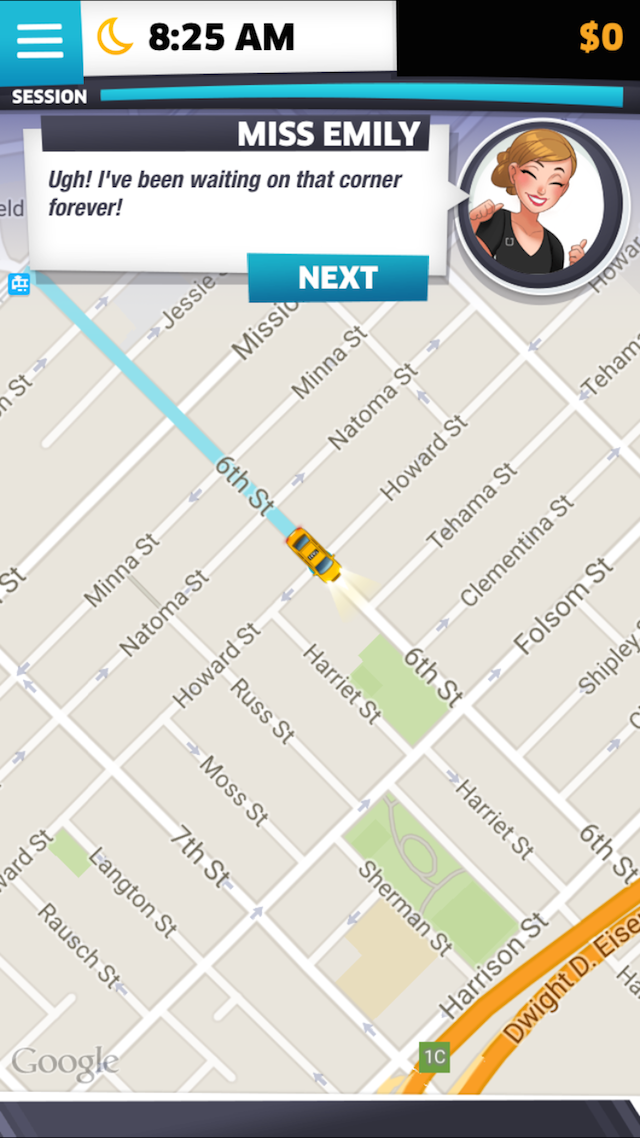 As the Wall Street Journal reports, the game was something of a passion project led by Mike Truong. A senior product manager, Truong harnessed his experience building games for Electronic Arts and creating educational apps for a startup he co-founded. Over the past six months, he and Uber worked with an independent game studio in Montreal to realize the game.

UberDRIVE is appropriate for all ages to play. And unlike previous games that might come to mind such as Crazy Taxi or Grand Theft Auto, you have to drive safely and obey the law. In fact, a cop will gently pull you over if you, say, take a one way street the wrong way. If only real life Ubering provided such a mellow ride!

Remember the time Jimmy Kimmel and his "Lie Witness News" team went to Coachella and asked people if they were looking forward to seeing The Chelsea Clintons' set? That was funny. This week

The new sister building to the now notorious Nema, dubbed The Jasper, is nearing completion and has now put its unit floorplans and rental rates on its website. The 40-story tower, as Curbed