We've all become pretty accustomed to seeing Bay Area references and shoutouts popping up in the demos and advertising for Apple products  West Coast time is always listed as Cupertino time, the doomed Apple Maps was shown off first via a map of San Francisco, etc. But enough already with the free advertisements for Tartine Bakery, Apple!! We get it! There's only one bakery worth knowing about in all of the nation, and it's Tartine! It's been featured in a multitude of demos for the Apple Watch already, as BuzzFeed hilariously points out this week. But it goes back way farther than that.

Here, everyone, is a screenshot from this iPhone 3GS ad circa July, 2009.

Though there have probably been countless other Tartine shoutouts buried all over, here's another moment during CEO Tim Cook's keynote introducing the Apple Watch last September. 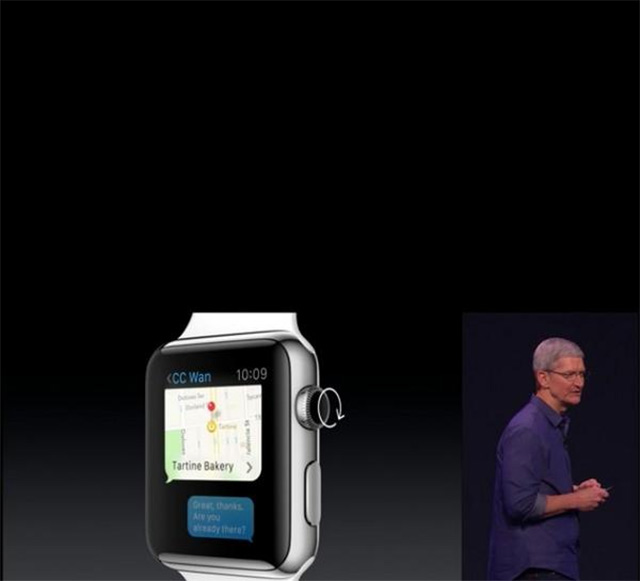 And BuzzFeed has called out a half dozen other instances from recent Apple Watch demo videos and ads, including these below.

So, in summation, the marketing and advertising team over at Apple needs to put down their morning buns and find a new edible obsession to call out in their demos. Because the lines at Tartine are goddamn long enough. The end.

Attention all urban swim folk: SF has a bunch of nice indoor and outdoor pools hidden away, both public and private, for your fitness and pleasure. First off, if you're going to swim

Though last night held its share of disappointment for the Bay Area sporting scene, there was a noticeable bright spot in Chris Heston's appearance on the mound for the San Francisco Giants. In

—
Why Is Apple So Obsessed With Tartine Bakery?
Share this