Ugh. Trying to watch NBA Finals/World Series/NFL Playoff games at bars can be a hassle. You have to pick a bar that you know won't be so crowded that you can't get a seat, yet won't be so empty that it lacks some convivial atmosphere. You have arrive at least an hour ahead of tip-off to save your table, and shamefully avoid eye-contact with those standing around you as you sit alone waiting for your friends to show up (a basket of chicken fingers buys you at least half an hour, right?). And you definitely don't want to go to any of the bars along King Street. Those are the worst. But that being said, we have a few of our favorite sports-watching spots around town, some of which are better kept secrets than others.  e. chang

Yancy's Saloon
This place has got lots of seating, lots of tables, lots of TVs, and lots of locals who've followed the Dubs since the Bad Years. There's no food service, but that's okay because you can bring outside food in, and there's plenty to choose from on that stretch of Irving.  e. chang
734 Irving Street at 8th Avenue 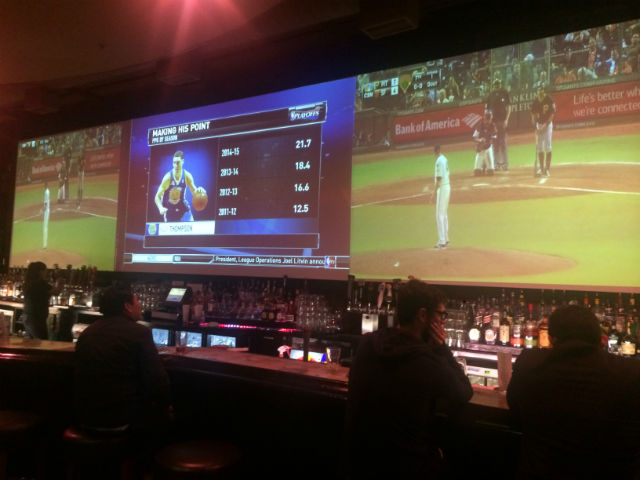 Jillian's
You won’t get any style points for watching a game at the Metreon sports bar Jillian's. But you will get a giant, nine-games-at-once wall of HDTVs that is an immersive sports-watching sight to behold and chicken wings so superb they should have been included on SFist's Top 5 Wings is San Francisco list. If you're entertaining family or corporate dorkballs during these NBA Finals, Jillian’s is a can’t-miss place to take them.  Joe Kukura
175 4th St., at Howard 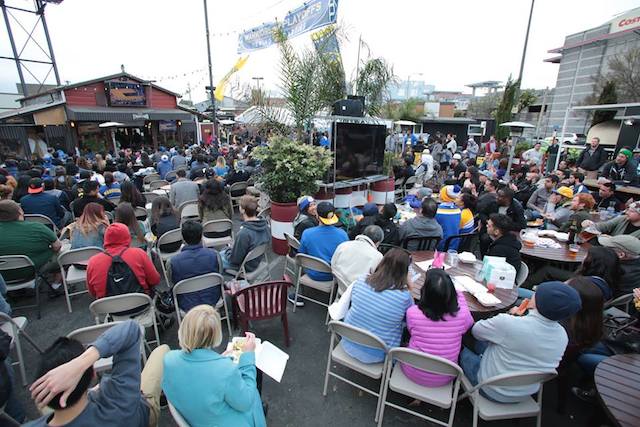 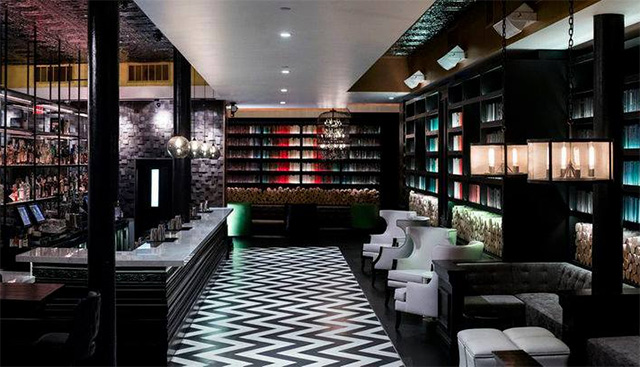 Novela
You want to remember Novela, particularly if you work in the Financial District or SoMa, on those playoff nights when you have work late. It's conveniently located near Yerba Buena, the crowd is lively, the drinks are good, and they've got big HDTVs and projection screens. They've got punch on tap, and an added bonus: You can reserve tables if you email ahead (though they may already be booked up).  Jay Barmann
662 Mission Street between Third and New Montgomery 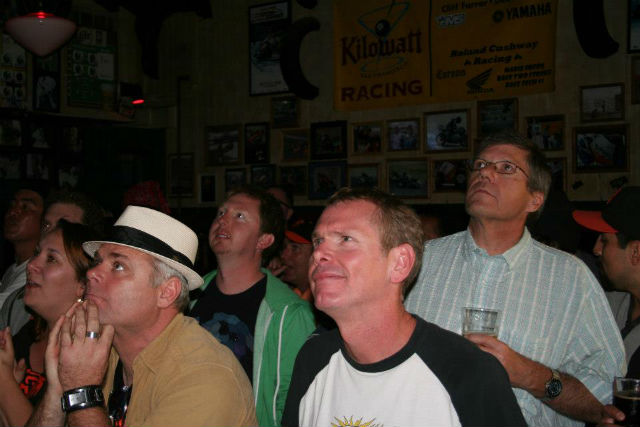 The Kilowatt
The most of punk rock all SF sports bars, the Kilowatt may be the only establishment playing the Warriors on 8 different HD screens during the game and Danzig, Corrosion of Conformity and Bad Religion immediately after the game. Bonus points for proximity to Mission championship riots should those ever be taking place for any reason.  Joe Kukura
3160 16th St., at Valencia

7 Mile House
If you like your sports with a side of sisig, check out 7 Mile House. It's technically just across border, in Brisbane, along a brutally desolate stretch of Bayshore at Geneva, across from where the old Schlage factory used to be. It looks like a biker bar, but it's super friendly  and having opened in 1853, it's one of the oldest bars in California. Along with the typical bar fare, they have Filipino food on offer and it's mad decent. Bonus: It's spitting distance from the Cow Palace, where the Dubs played in their Championship season, 40 years ago.  e. chang
2800 Bayshore Blvd., Brisbane 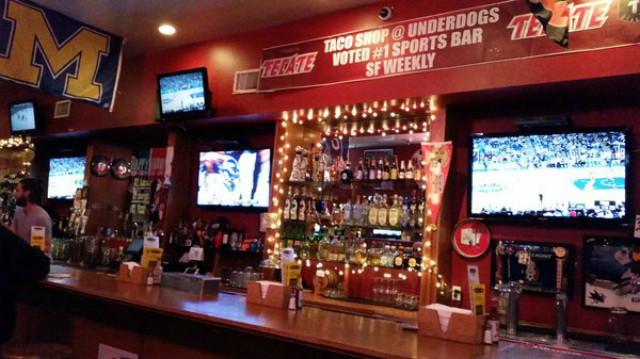 The Taco Shop at Underdogs
With a TV every few inches, a more-than-decent Mexican-by-way-of-surfer menu, and a fast and efficient staff, Underdogs is going to be INSANE for the playoffs in the best possible way. Since it's June, the sometimes infuriating SF State crowd has gone home for the summer, leaving the bar to the grownups. Stake out one of their picnic tables in back and keep the chips, salsa, and buckets of beer coming as you cheer the [deleted for jinx avoidance] to [deleted for jinx avoidance]! -- Eve Batey
1824 Irving Street between 19th and 20th Avenues

Golden Gate Taproom
An industry insiders' fave, don't be put off by the GGT's location — just because it's in the heart of Union Square doesn't mean that it's only for tourists. With more than 20 screens, all which they tell SFist will be broadcasting the events in question, you won't miss a moment of any of the games. And if you get too nervous watching and need a break (it happens to the best of us!), they have a vast selection of arcade games and old-school classic diversions like shuffleboard, skeeball, and air hockey to get yourself calmed down. Another way to calm down: beer, and they serve over 100 varieties. Their bar bites are pretty typical fare, but if you're not to anxious too eat, then you don't care enough. -- Eve Batey
449 Powell Street (Second Floor), enter at 449 Powell at Sutter or 525 Sutter at Powell. 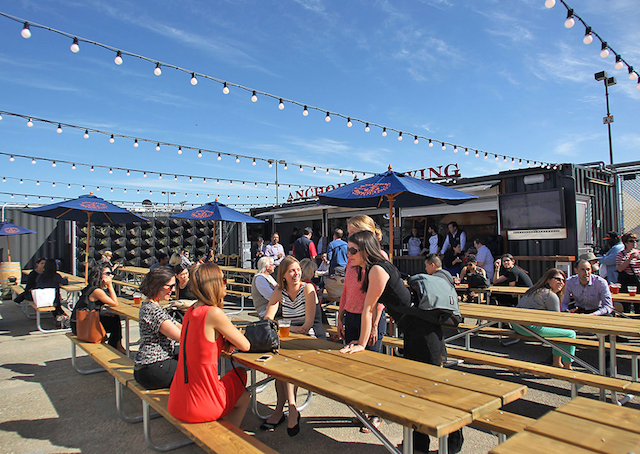 The Yard
The new-this-season "shipping container village" across from the ballpark is notably home to an Anchor beer garden where you'll find standby beers alongside limited-release options. And you'll surely be thirsty thanks to meat from The Whole Beast, whose smoked lamb poutine merits a mention here. If that doesn't do it, there's a congregation of food trucks thanks to Off The Grid and a permanent Humphry Slocombe stand. Oh, and TVs to catch the warriors action between bites.
—Caleb Pershan
100 Terry A Francois Boulevard 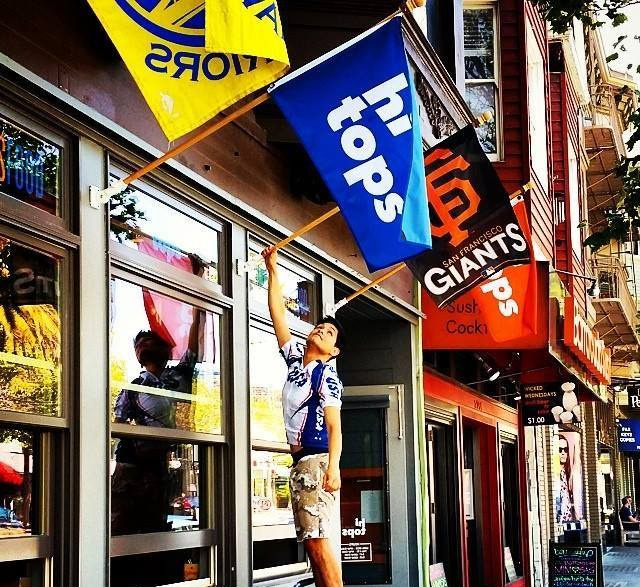 Hi Tops
The only place in town where gay bros and basketball-loving lesbians can watch the Warriors while also possibly finding a new love interest, Hi Tops remains one of the more popular spots in the Castro. And the crowds only get bigger and louder during big sporting events like the NBA Playoffs. LGBT Warriors fans have been gathering around the bar's dozen-plus big screens throughout this historic season, and this week will be no exception. The place always gets bonus points for their food (mmm... nachos), and do note that after Thursday's game wraps up, there will be go-go boys on the bar and dudes in wrestling singlets handing out free whisky.  Jay Barmann
2247 Market Street between Noe and Sanchez 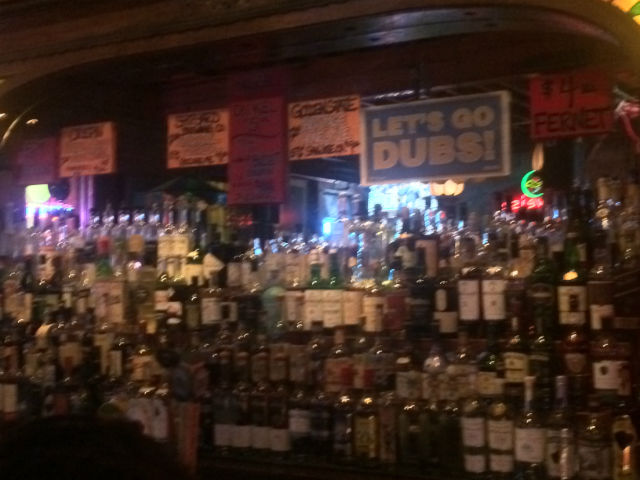 The Tempest
If you work in the Financial District or Union Square, the Tempest delivers a neighborhood dive sports bar experience with all the booze seen above, a rabid base of Warriors regulars, and crazy-affordable gourmet appetizers via Box Kitchen next door.  Joe Kukura
431 Natoma, between 5th and 6th Streets 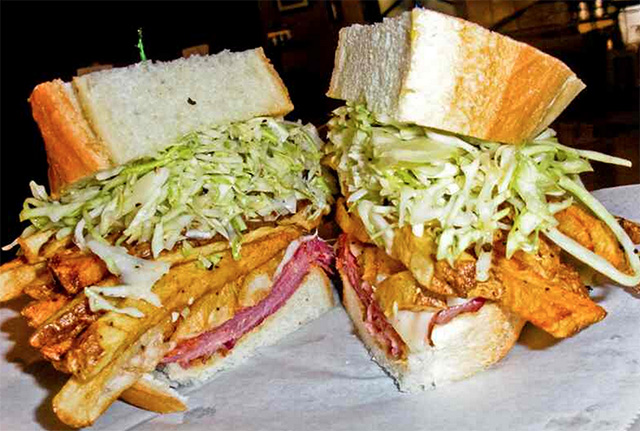 Giordano Bros.
Because this place is pretty popular and seating is limited, you'll DEFINITELY need to stake a table claim early at either the Mission or North Beach location of Giordano Bros. But I include it here because what better to get you through a stressful playoff game than one of their "all-in-one" sandwiches, with the french fries piled in (and I recommend the hot cappicola).  Jay Barmann
3108 16th Street at Valencia, and 303 Columbus Avenue 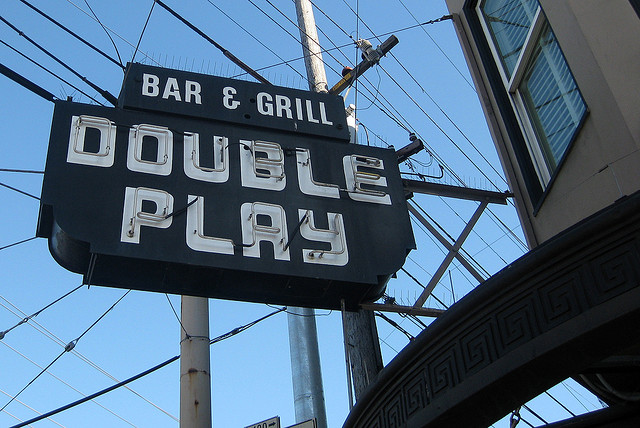 Double Play Bar & Grill
Yes, as the name would betray, Double Play is a baseball bar. See the Seals Stadium mural inside for reference. Though they usually close obscenely early, Double Play has confirmed that they'll be open in the evenings to air the Warriors games. And with 8 HD TVs including a 61 inch big screen, the view won't be bad. Neither will the bar food (come before 6 p.m. if you want some of that) nor the beer (15 options on tap await). —Caleb Pershan
2401 16th Street between Florida and Bryant Streets 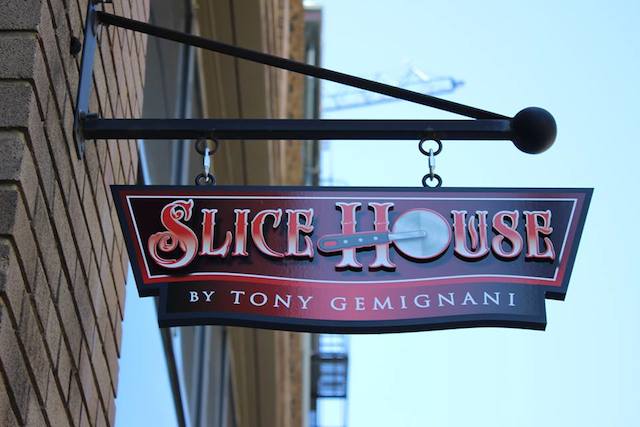 Slice House by Tony Gemignani
At virtuosic pizzaiolo Tony Gemignani's SoMa spinoff, big pies and big screens play nice together. Though the newish spot isn't an obvious choice to watch the Warriors, that could make it a good option. Slice House has a menu that gestures to New York, Sicily, and other pizza capitals with a full complement of beers on tap. They've confirmed that they'll "of course" be showing the Warriors, although the Giants will be playing on some screens too. —Caleb Pershan
680 2nd Street between Brannan and Townsend Streets

If you've been in the Bay Area more than a minute you should already know that Oakland loves a protest  or, should I say, protesters really like to shake shit up across the

While sculptor Marco Cochrane is at work on his third monumental female figure for Burning Man 2015, one of his earlier works just landed a new, permanent home. The City of San Leandro