The empire of Adriano Paganini grows yet again next week as his reps announce the opening of the Bay Area's ninth Super Duper location, this one coming to 346 Kearny Street, at Pine on May 27. And the burger spot has recently added breakfast to their offerings at two downtown locations, with tasty breakfast sandwiches, Four Barrel coffee, and fresh, house-made doughnuts, and the new Kearny location will make three.

The opening comes just two weeks after the big splashy opening of Paganini's Belgian brasserie Belga in Cow Hollow, in the space that was formerly kno

With the Super Duper breakfast menu in need of some promo, the Kearny location will also be doing some breakfast giveaways. First, on Tuesday, May 26, right after Memorial Day and before the official opening, they'll be giving away free mini breakfast combos (an egg sandwich with cheese, one mini donut, and a small Four Barrel coffee) from 6 a.m. to 8 a.m. The same thing will then happen again on Wednesday, May 27, opening day from 6 a.m. to 8 a.m.

The doughnuts, by the way, are made by a special doughnut machine and can be ordered either sugar-dusted, or glazed. 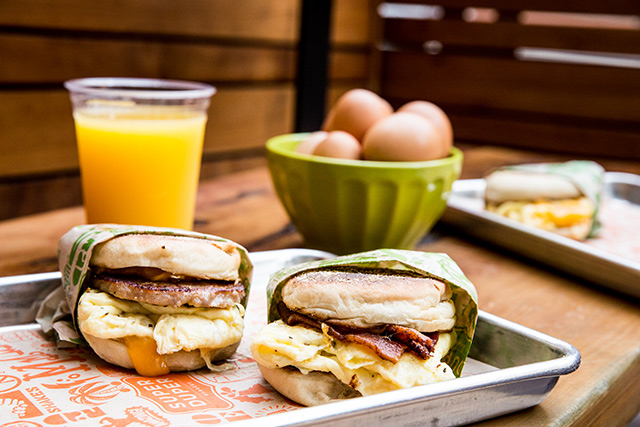 When San Franciscans learned of a casting call for a TV pilot called 94110 that would tell "the story of six leading technology executives living, learning, and loving together in San Francisco’s

In an adrenaline-fueled episode of Silicon Valley, we open with Nucleus' big debut, which, as we suspected, goes horribly awry. The live-streaming UFC-style fight that was supposed to promote Hooli's technology is buggy,