Plans for a 24-unit building at the prime corner of Castro and Market Streets currently occupied by an ARCO gas station have been stymied for the past decade by various factors, not the least of which has been a two-year battle between the property's majority owners and a developer to whom they'd agreed to sell back in 2004. That developer, as things sometimes go in SF, took until 2013 to get his condo plan and design approved and through the planning process, however, and at that point the original property owners saw that they could get way more for the land than the $3.4 million he'd agreed to pay in 2004. As Socketsite reports, that's when they listed the property for $12M on Craigslist, noting it had been entitled for 24 units.

But the developer, Joe Tierney, then took them to court. He put 10 percent down back in 2004, with an agreement that the remainder of the price would be delivered when entitlements were secured and the design was approved. But the majority owners say the original agreement had a one-year time limit on it, after which point Tierney had a 10-percent stake in the property and nothing more. There had to have been some ensuing discussion about this when the deadline passed in 2005, but all we know is that they all had to go to court this year, and after final arguments on April 8, the jury remained deadlocked after two weeks, and the fate of the property is now in the hands of a judge.

Below, the design as approved two years ago. 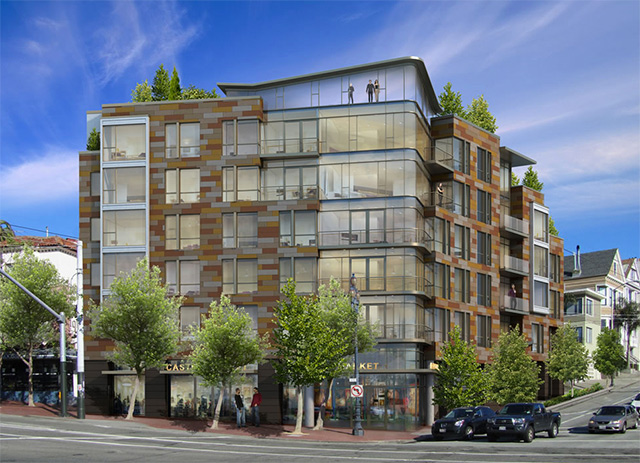 So, how about them Dubs?!!! Oh, right, this is where we spill ink on the Giants. Yeah, about them They're not playing so hot right now! They're hardly playing at all, actually. I

Even at 84 years old, William Shatner is willing to boldly go where no man has gone before. In this case, that might involve going a bit too far. In the above video,