Everyone knows that Mark Twain never uttered the “coldest winter” quote and that Lombard is not really the crookedest street. But what other San Francisco lore that’s commonly bandied about happens to be patently false? Inspired by the mythbusters at Snopes.com, we put the Snopes to some common tropes to assess the overall veracity and truthiness of several San Francisco urban legends, myths and quirky factoids. So, here are some debunkings and rebunkings of popular SF legend. And if you care dispute any of our verdicts, let’s air it out down in the comments. 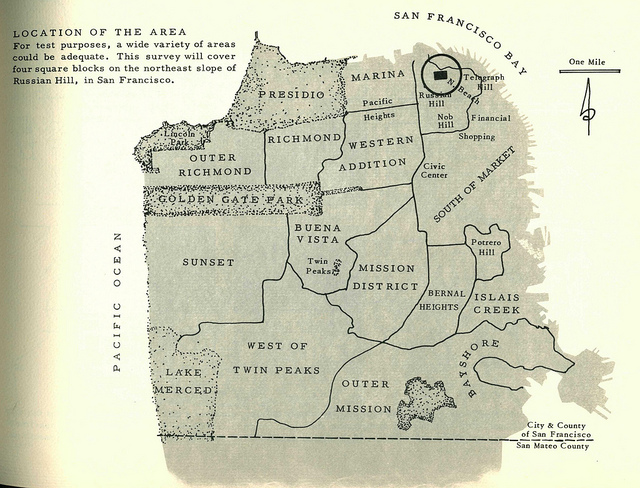 Claim: Dan White got away with killing Harvey Milk and Mayor Moscone using the “Twinkie defense.”
FALSE
White’s attorneys did successfully get his first-degree murder charge reduced to a manslaughter charge in the 1978 shootings of Supervisor Harvey Milk and Mayor George Moscone. But the term “Twinkie defense” is an inaccurate piece of legal slang that misrepresents his attorneys’ actual arguments. White’s legal defense team argued that he suffered from “diminished capacity” due to depression, therefore committing the murders because of his affected mental state than malice. His psychiatrist argued that evidence of White’s depression could be found in his having switched from an exceptionally healthy diet to a diet of almost exclusively junk food, e.g. Twinkies. See also this.

Writer and Merry Prankster Paul Krassner is credited with coining the term “Twinkie defense” in his Bay Guardian coverage of the trial and its unpopular verdict. In the Chronicle, Herb Caen reported hearing an attorney using the phrase “the Twinkie insanity defense”.

“I don't think Twinkies were ever mentioned in testimony,” White’s lead attorney Douglas Schmidt told the Chronicle in 2003. Schmidt did however admit that “HoHos and Ding Dongs” were mentioned in the testimony. 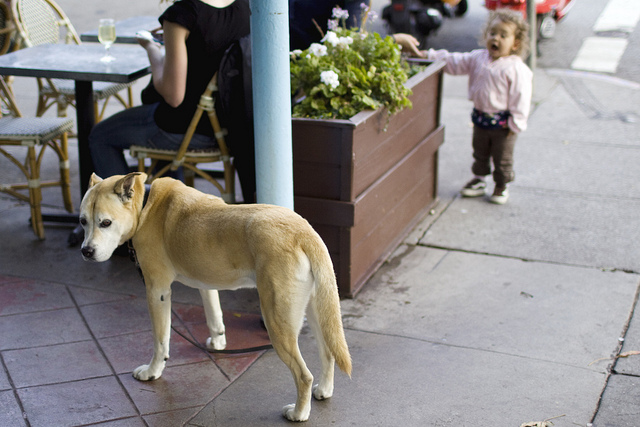 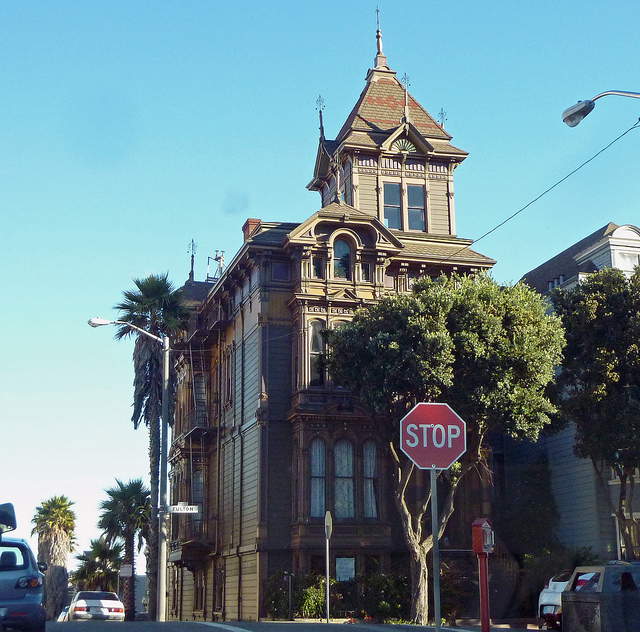 Claim: Anton LaVey used to live in that spooky house by Alamo Square Park and his pet lion clawed up the floors.
PROBABLY TRUE
It’s actually called the Westerfeld House and was something a famous flophouse in the 1960s, housing as many as 50 residents at a time. Church of Satan founder and delightful human being Anton LaVey appeared in a 1969 Kenneth Anger short film “Invocation of My Demon Brother” that was shot on the premesis, and is generally believed to have been one of the pad’s notorious crashers. A 2014 Hoodline post documents that lion claw markings still exist in the home. So while uncertain, this urban tale generally does pass the smell test.

Claim: There are no cemeteries in San Francisco.
FALSE
There are a couple! There used to be cemeteries in San Francisco.up until the graves were moved to Colma beginning in the 1920s. However, a small cemetery still exists at Mission Dolores, there is a military cemetery in the Presidio and archeologists believe that thousands of bodies remain beneath the Legion of Honor. 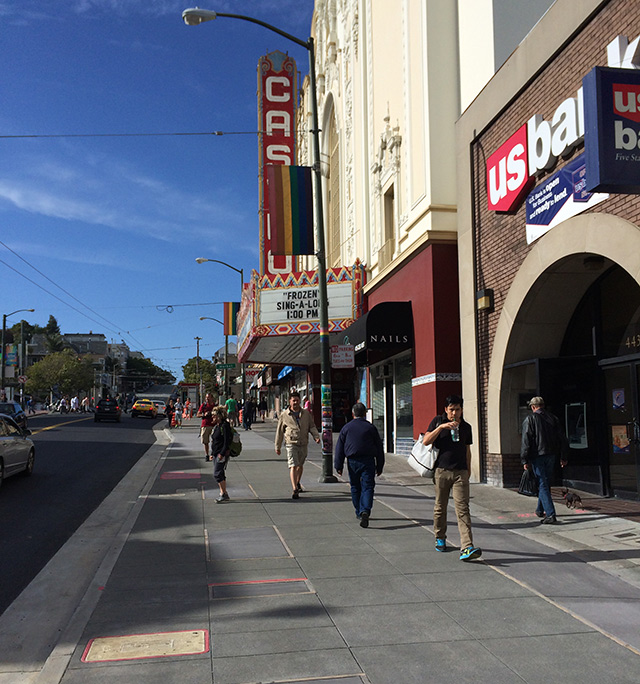 Claim: The Castro was San Francisco's first gay neighborhood.
FALSE
The history of gay men, gay bars, and underground gay culture goes way back in SF, probably to the very beginning in the Gold Rush years when the ratio of men to women was particularly, absurdly high. We do know that there was a gay bar called The Dash in North Beach that might have only existed for a year or so, circa 1908  as OUT noted, the bar was rumored to have been staffed in part by men dressed in drag "who would perform sex acts in nearby booths for a $1." And in the 1930's you had the birth of famed female-impersonation venue Finocchio's, also in North Beach, and the speakeasy that became the gay bar Gold Street  the site of Bix, currently  could have opened around that time too. Along with The Black Cat becoming gayer in the post-war years, that makes North Beach really the earliest place where gays were being gays together. SoMa was also home to a number of gay leather bars starting in the early 1960's. But if you want to point to the real first "gay ghetto" in San Francisco, that would have been Polk Gulch in the late 1960s and early 1970s. The Polk was home to at least a dozen gay bars and bathhouses, and was also home to a number of porn stores and places frequented by male hustlers, and thus the first real gay pride parade in town, in 1972, was a march down Polk Street to Civic Center. It wasn't until the mid-1970's that the migration of middle class gay men to the Castro was in full force, turning what had been the city's "Little Scandinavia" in Eureka Valley into the modern gay mecca it became  though the first gay bar came to the neighborhood in 1963, called The Missouri Mule (2348 Market Street, currently home to Beaux). 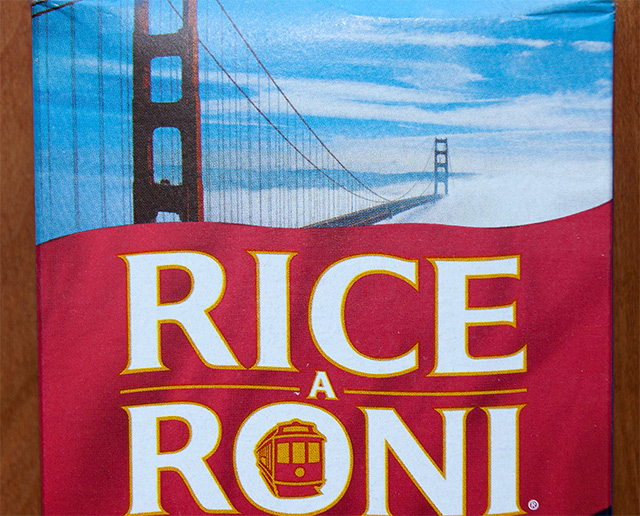 Claim: Rice-A-Roni originated in San Francisco
TRUE
While it was originally an Armenian rice pilaf dish, the packaged product we now call Rice-A-Roni is indeed a “San Francisco treat”. As Golden Grain Macaroni Company co-founder Lois DeDemenico told NPR in 2008, she learned the recipe from her elderly Armenian landlord in a San Francisco apartment. Her husband Tom added dry chicken soup to the recipe when Rice-A-Roni was commercially introduced in 1958. Quaker Oats acquired the Golden Grain Macaroni Company in 1986 and the Rice-A-Roni brand is now owned by PepsiCo.

An arrest has been made in the fatal stabbing of a man who was found face down and bleeding on an Outer Sunset sidewalk last week. As you might recall, San Francisco Police

“It’s rare that you see no broken glass on any block in San Francisco,” said Police Chief Greg Suhr during a special Board of Supervisors meeting this past Thursday. As The Examiner

—
SFnopes, Vol. 1: Which Of These Seven San Francisco Urban Myths Are True Or False?
Share this