A big chunk of the Facebook team is finally getting to move into their cool new Menlo Park headquarters, dubbed MPK20, today. And as Wired reports, that means they'll be getting to stroll around on the enormous, nine-acre green roof / park, that bears a striking resemblance to New York's High Line. The San Jose-area movers came over the weekend, shifting some Facebook employees' desks and computers across Highway 84 to the new, 430,000-square-foot space.

No photos have yet been released of the interior, but above you can see some shots they released of the exterior and green roof. Architect Frank Gehry designed the complex, which is said to be almost entirely open from end to end inside, and he says that CEO Mark Zuckerberg asked for a building that was "unassuming, matter-of-fact, and cost effective." The new building will serve as an extension of Facebook's existing campus, and there are now tunnels under the freeway connecting the two.

MPK20 has space to house 2,800 employees total. It's still said to be pretty "raw" inside, though it includes space for the large murals and graffiti art that have become part of Facebook's aesthetic.

It's unclear how many employees are getting to move in right away. If any tipsters have any friends posting photos to social media, do let us know.

A couple more shots below. 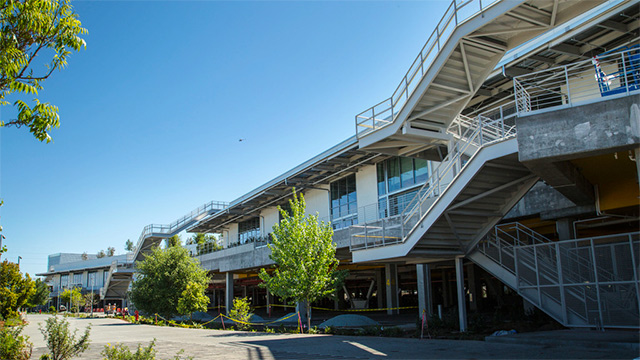 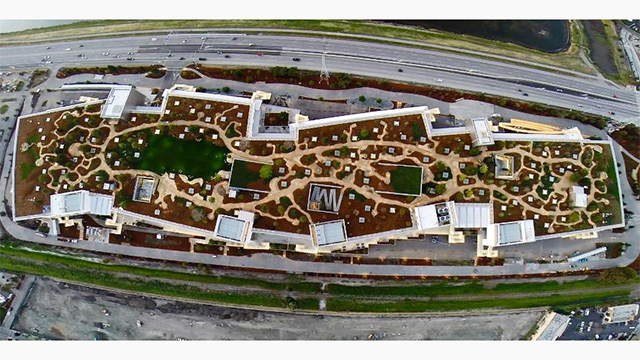 A vew of the green roof at night. Photo: Gehry Partners 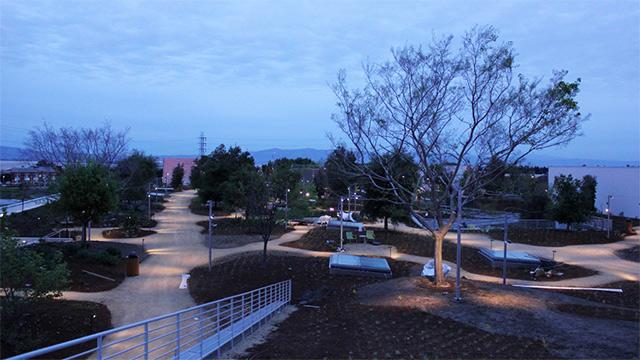 This may only be the case for a few more hours, but as Eater and Inside Scoop point out, the reservation books have opened for The French Laundry, post-winter-hiatus, and there are two

In a move that was fully expected within politico circles, longtime supervisor of the last decade, Aaron Peskin, will be vying to return to his seat as supervisor of District 3. The move