3/12/15: According to SF Animal Care and Control, ABC7's report stating that Dolores Park and the park's one time guinea pig residents are instead in lice was false, which makes our blog post below on the same topic also incorrect. Hence the strikethrough, and here's an update on the topic. SFist regrets repeating ABC7's error.

Poor Dolores Park! It can't catch a break. We already know that Dolores Park is full of trash, an apparent safe haven for day drinkers, and a frequent victim of vandals, but last night, we learned even grosser news: it's also infested with lice.

At least, that's what ABC7 tells us, as they report on the disposition of those guinea pigs that were roaming the park until their capture a week ago.

You remember that story, right? Apparently, there was a "small herd" of the critters living in the nooks and crannies of the park, all likely dumped there by their erstwhile guardians. San Francisco's Animal Care and Control spent last Wednesday and Thursday rounding up the "remarkably tame and friendly" mom cavy and her three babies, SF Gate reported last week.

Since the news of the park pigs broke, SF ACC spokesperson Deb Campbell says that their "phones have been ringing off the hook" with folks concerned about the animals, many of whom hoped to adopt a member of the crew.

But though the ACC hoped to have them available for good homes this Tuesday and Wednesday, those plans have been delayed. According to ABC7, "the guinea pigs have skin issues due to lice, which apparently infests Dolores Park." (Bold type added by SFist.)

Now, before you run out and invest in tiny combs, you should know that there are over 3000 variations of lice on this earth, many of which will never afflict humankind. We don't know what type is infesting DoPa, and a call to SF Rec and Park for Dolores louse profiling had not been returned at publication time.

Then again, it certainly makes this photo shot of Mark Zuckerberg possibly scratching his head as he did a DoPa recline suddenly seem a great deal more exciting... 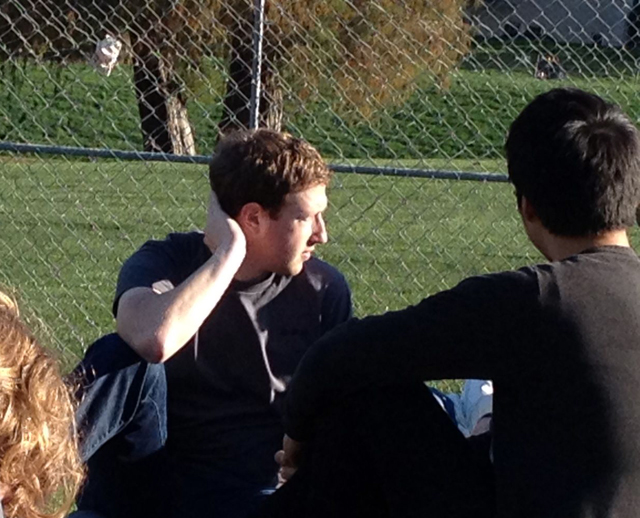 ...that is, if you're the kind of person to get excited by speculation regarding a billionaire's potential parasites.

In any case, all is not lost for our itchy little guinea pig friends. Per ABC7, the rodents will be get treatment for their condition, and will be put up for adoption once they are louse-free.

Remember that "weak" El Niño that was supposed to develop this winter? Well, it's March, and it just got here. As predicted back in October, this season's ocean warming was not on track

—
Trashy, Drunk Dolores Park Is Also Infested With Lice [Update: No, It Isn't]
Share this