Per Socketsite, the formal environmental review of the 331-unit condo development from Maximus Real Estate Partners and architects Skidmore Owings & Merrill is complete, and plans for the 10-story building at the corner of Mission and 16th Streets are in motion. Also, there are new renderings of the project.

The development announced in 2013 has its own website that lists 345, not 331, units. It also notes that, as no housing exists on the site today, no residents will be displaced, though it's likely that opponents of the project will cite the displacement of the many homeless people who typically crowd the BART Plaza. 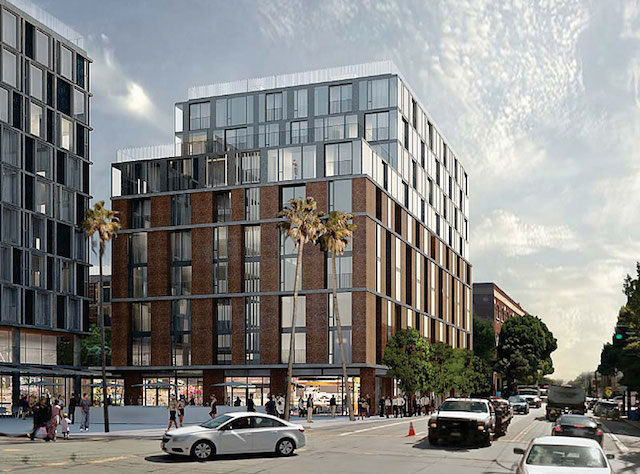 Hwai Lei Market, City Club bar, Mission Hunan Restaurant and Burger King are all on the parcel and would be razed. The development includes a 30,000 square foot ground-floor retail space and a redesigned BART Plaza. Plans also call for an underground garage for 158 bikes and 163 cars accessible via Capp Street.

To appease potential opponents to the project, Maximus has offered to build new classrooms and an elevated 14,000-square-foot playground for Marshall Elementary school to replace the school's existing playground near the development. 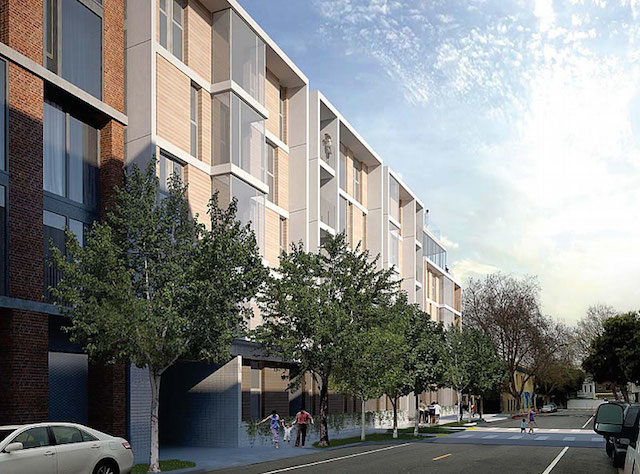 The SFPD just released the photos above and below of the person of interest caught on a surveillance near the scene where that suitcase appeared on Wednesday afternoon containing multiple dismembered body parts.

Hey, everybody! It's been a rough week, hasn't it? Poor Cookie Dough has left us, The Addition might be screwing ticketholders, a terrible fire in the Mission left a man dead and scores