Enter The Market, singularly named because now that it's here, no other market need exist. Inside the Twitter building awaits the cave of a thousand dream foods, but don't call it the Twitter dining hall, because it's open to the public and is actually better stocked. Still, if I worked at Twitter, I don't think I'd get bored enough of it to leave the building anytime soon. Also, don't call it Whole Foods, because it's not owned by Whole Foods, even though it kind of looks like a Whole Foods.

As we presaged the other week, the place has a whole lot going on, including tacos, oysters, fresh produce, and more. Scroll down for our documentation shot just after the lunch rush today. 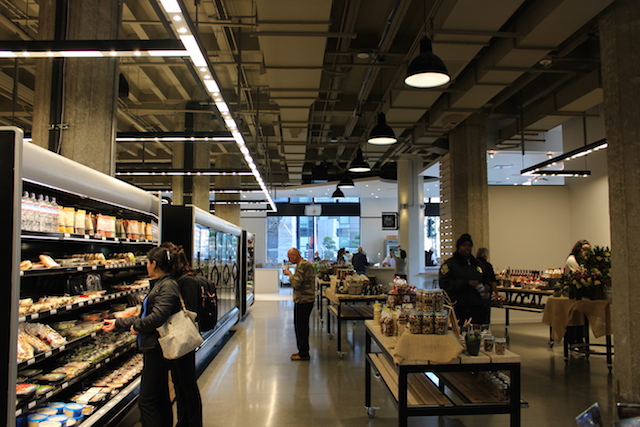 The layout is slightly confusing, and makes the place feel larger than it actually is. It is, however, quite huge. And yet, despite its capacity, quite packed. This was opening day at lunch hour, though.

If you need to orient yourself in the labyrinthine grocery store/food court, start with tacos. 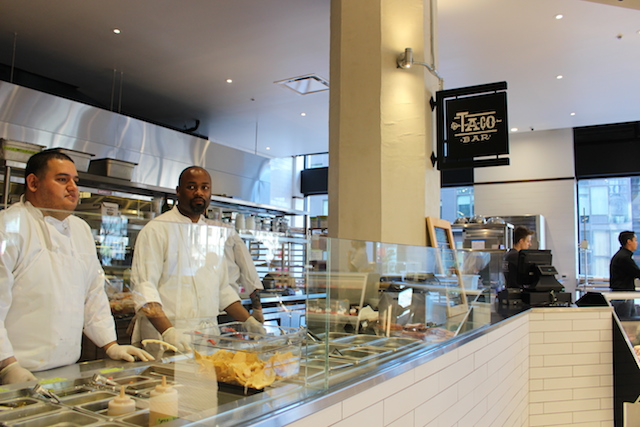 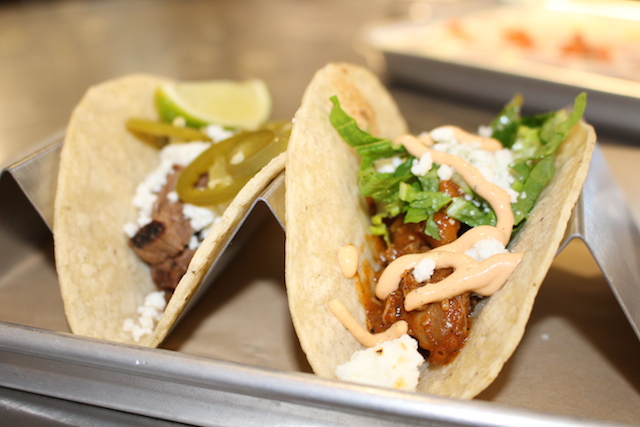 There's produce, meat, and cheese enough to feed us all for about a year. 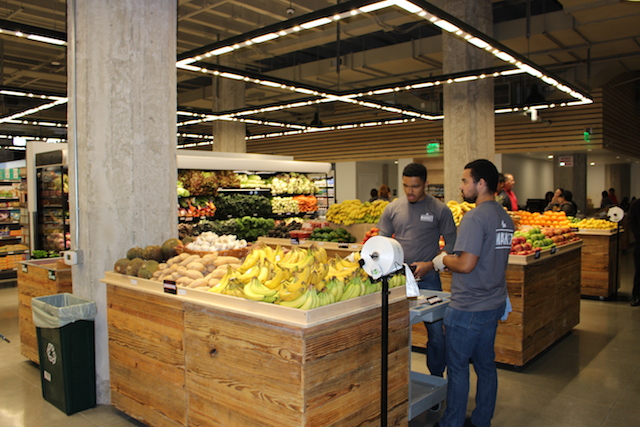 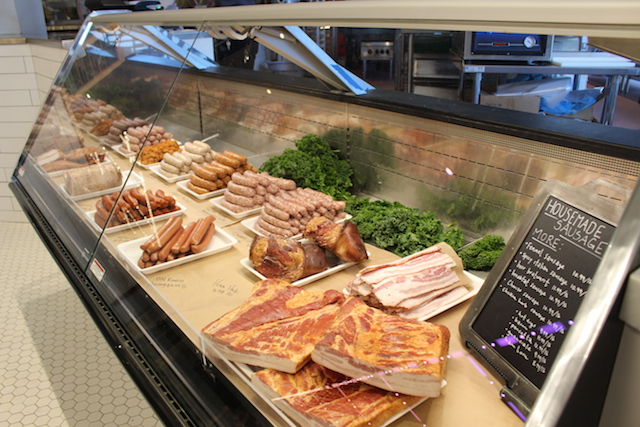 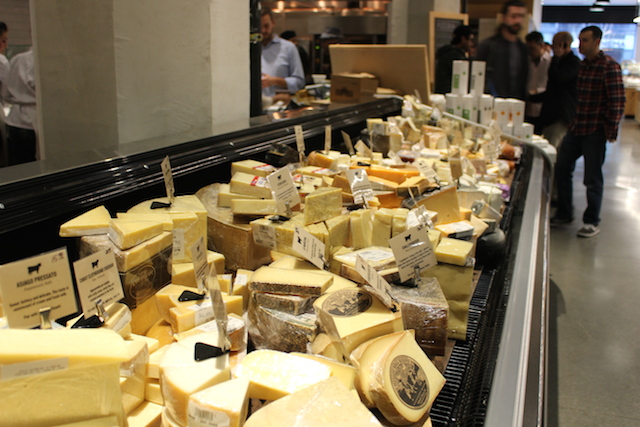 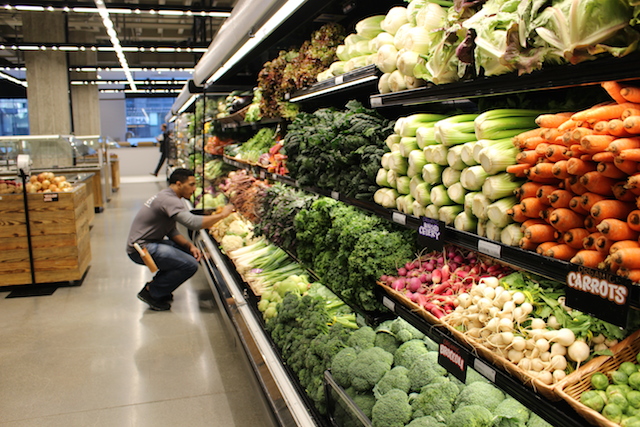 And, at the soaps booth called EO exchange where EO stands for essential oils, you can bring bottles back for refills from this thing over here: 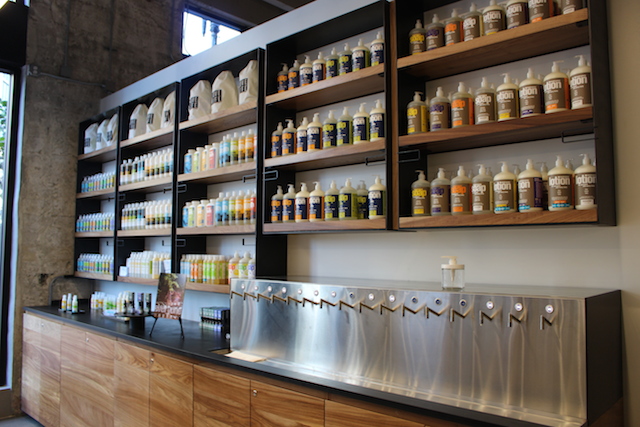 There's plenty of places to sit and lounge and a big bar area. 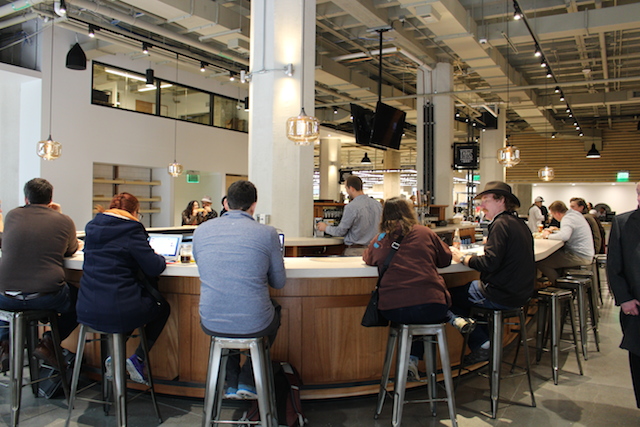 Plus a healthy wine and beer selection. 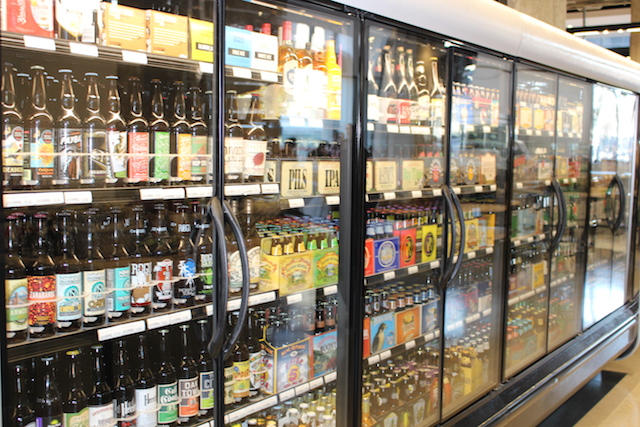 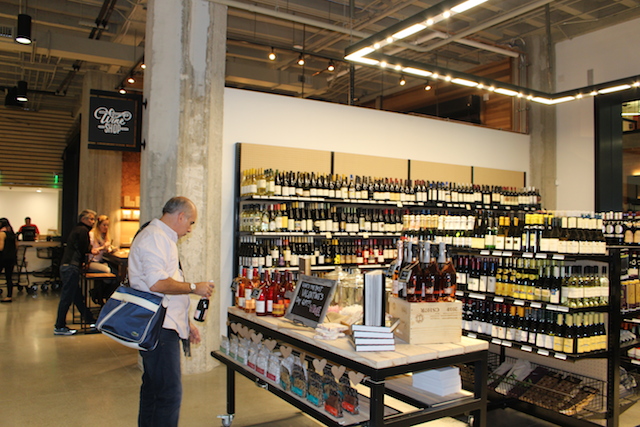 And no market is complete without a sushi bar. And an oyster bar. 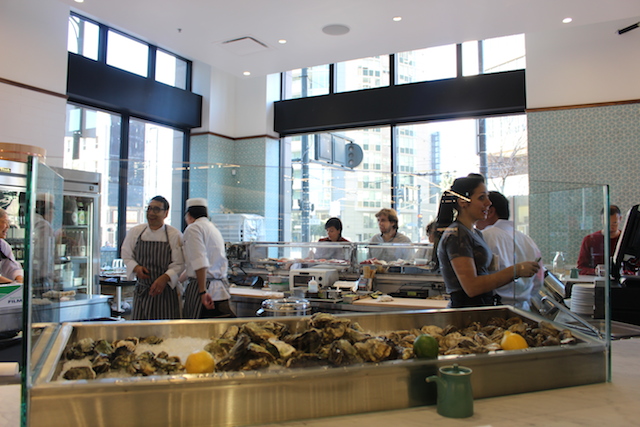 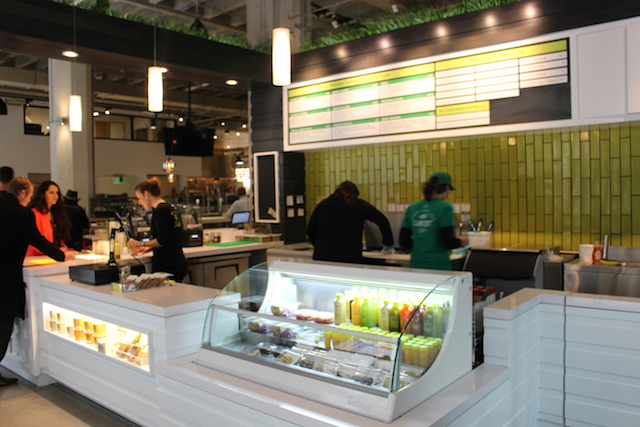 Or about Nuubia, which has macarons and ice cream. 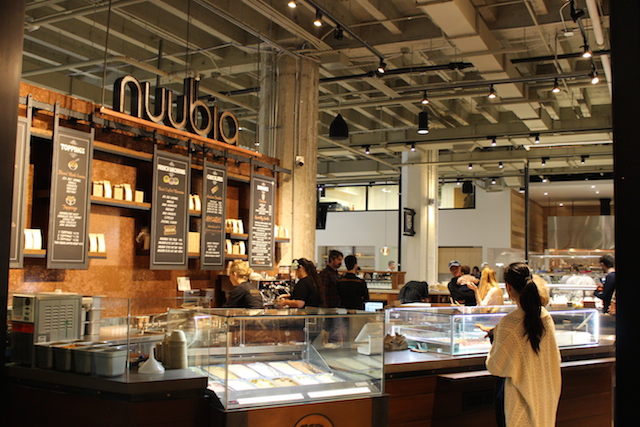 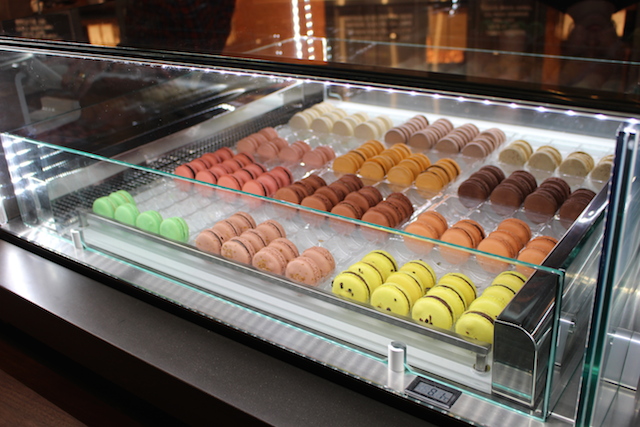 So, what does everyone think? Just the essentials, right? Yes, folks will likely chime in about Twitter-working, NEMA-living techies who can now nosh whatever they wish within one square block of mid-Market. If you don't like it, it's a pretty small area to avoid! Well, to that, say San Francisco magazine, of the 110 employees hired by The Market, 65 live in and around SoMa and the Tenderloin. And I'd go here over the food court in the Westfield Centre any day.

While some restaurants are throwing in the towel due to the combination of high rents, mediocre business, and the hike in the minimum wage, others are going to have to suck it up

When local band Pomplamoose publicized what appeared to be just a sincere plea to fans to continue their support following an alleged $11K loss on tour, many people responded to the struggle of