The Burma Superstar empire, founded in 1992, planted a flag in the vacated Bodhi space at 211 Valencia Street (at Duboce) back in 2012. Now, at long last, they've nearly completed their new concept, as we reported last week.

According to passersby (and Ms. Tablehopper) they're set to open, possibly by the day after Christmas. But the name of this location will be Burma Love.

Riding my bike past the new Burma Superstar in my hood on Valencia. Looks like they're almost open!!! pic.twitter.com/5BPpWkNtXz

An earlier report called the restaurant another installment of Burma Superstar, which has locations in Alameda, Oakland, and at 309 Clement St. between 4th and 5th Avenues.

But according to a Tablehopper update, the place is instead to be called Burma Love, inspiring comparisons to Burma Superstar's other spinoff in the Richmond, B*Star at 127 Clement St. between 2nd and 3rd Avenues.

Writes Tablehopper: "While Burma Superstar is known for its everyday, classic Burmese dishes, the menu here will include dishes that you’d find at a family feast, with an emphasis on seafood. They mention the dishes will be a bit spicier and more concentrated in flavor. (Although you will still find some of the favorite dishes from Burma Superstar on the menu too.)"

Let's cross some fingers for favorites like the samosa soup and tea leaf salad (below). And, if these guys do the kind of business they've been consistently doing for what seems like forever in the Inner Richmond, it won't be long before a second Mission installment from the team. 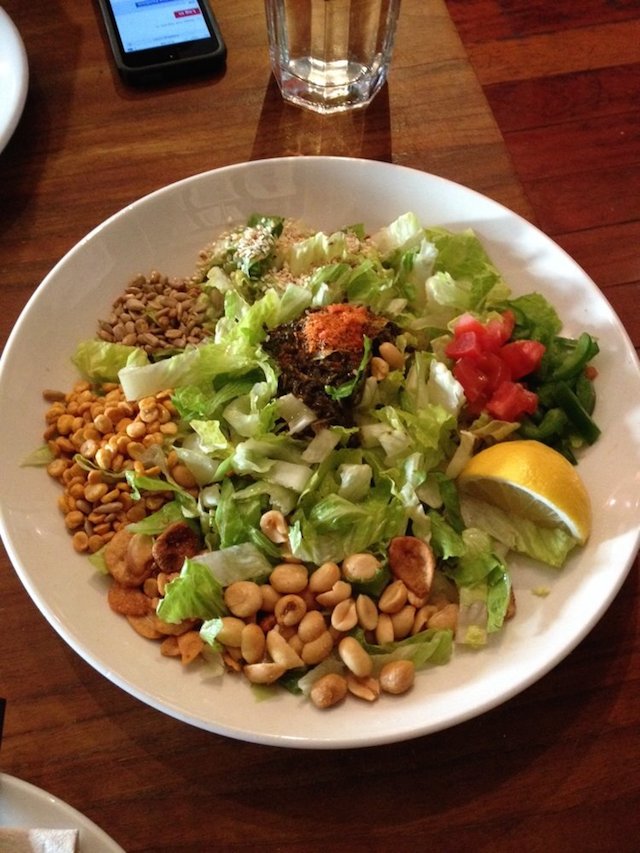 "Dancing is my gateway between heaven and hell" says one of the subjects of Youth Radio's "Turf Dancing From Street to Subway" video report, which details a group of dancers who seek to