time for google to bring that barge idea back RT @retardra: @spweather seen on Cesar Chavez in SF pic.twitter.com/Mte0IJ3NDL

Hey, did you hear? It's raining out! And part of the damage wrought by the storm currently battering the Bay Area is flooding all over the place.

We're posting photos of the mess as they come in, and, man, what a mess it is. Drop us a line if you have any flooding photos to share, or just link us to 'em in the comments.

Canoeing to Safeway in Healdsburg this morning! Downtown Square is underwater #KTVU pic.twitter.com/isMov4UPvi

Waters nearly to top of jersey wall. 280 s/b at Hickey on ramp. Be careful! pic.twitter.com/AakkzQzrWL

@SF311 Flooding at the corner of Masonic and Fell #sf #hellastorm pic.twitter.com/UGzHC3WIKb 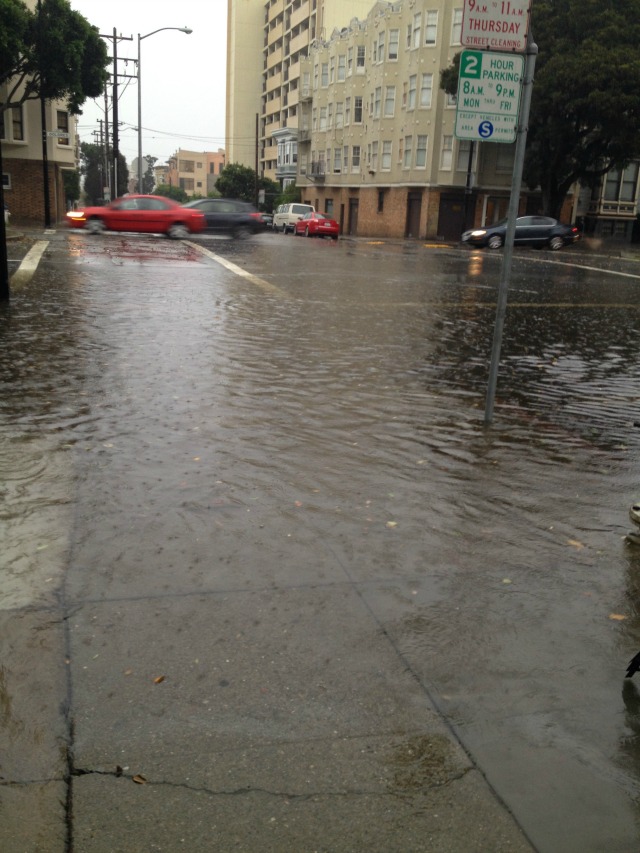 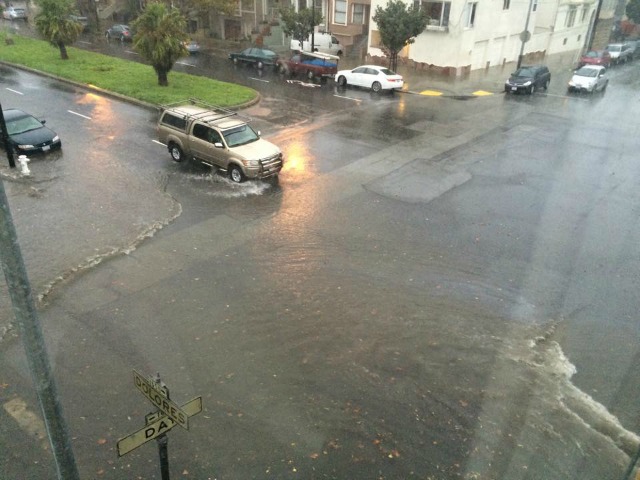 Man gets trapped in flooded car in SF, climbs out window to escape.#BayAreaStorm pic.twitter.com/U7HRNgveZP

Be cautious of standing water. It may be deeper than it looks. #SanMateo pic.twitter.com/dCWgNVOARS

Check out these waves crashing over the seawall in SF, prompting Embarcadero to shut down http://t.co/AAPcMOR3wZ pic.twitter.com/DxwNnLr6uM

Video from Mission Local on Vimeo.

Yes, today's storm is screwing up the Bay Area and flooding our streets, but there's one silver lining for San Franciscans, as parking meters won't be enforced today. According to the San Francisco

Today's predicted, panic-inducing rain disaster is becoming a bit more disastrous now in its first few hours. As reported already, Montgomery BART Station had to shut down due to a power outage, which

—
Photos: The Bay Area Is Flooding All Over
Share this