As was rumored earlier this year, Twitter is adding some features to make it both more Facebook-like, and easier to use for new users, as they announced in a public presentation Wednesday.

Also, Twitter has an unimpressive, poorly written new "strategy statement." The company invoked, as Valleywag put it, a "trash heap of jargon." Count along with Dennis K. Berman of the Wall Street Journal notes that the 35-word strategy statement contain 4 clauses, 2 grammatical errors, and 3 uses of the word "world."

Maybe they should have just gone with the popular emoticon ¯\_(ツ)_/¯. 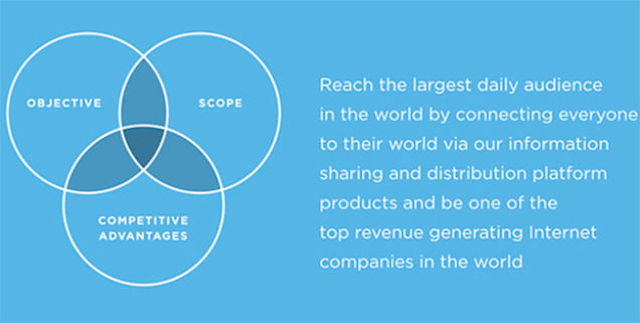 These poorly expressed goals, presented along with some unclear new features, earned plenty of ¯\_(ツ)_/¯ yesterday, as CEO Dick Costolo and CFO Anthony Noto spoke at the Four Seasons hotel in San Francisco. Key topics included Twitter's growth, retention, and investor problems, reports the WSJ. Oh yeah, did Twitter mention it wants to generate revenue? It does!

As for new features, launching next week, there's an “Instant Timeline,” which promises to jumpstart neophyte users with a geo-targeted full content feed, even if they aren't following anyone yet, as TechCrunch reports. Another aims to fill in feeds with popular tweets from when users were away from Twitter. And if you've ever wanted to direct-message a public tweet to someone to talk about it behind everyone's backs, that's coming next week, too.

The network's blog lays out the features at length but with little specificity.

Helpfully, the SF Business Times has rounded up some suggestions for Twitter including an “elaboration" icon to be added to tweets. But at this point, I'd prefer the company keep it short and sweet.

Years before the shuttle bus debate gripped San Francisco, UCSF was under fire for alleged driver negligence in at least one bus crash. Now here we are three years later and, according to

A beloved coffee-and-wi-fi spot for work-from-home types, students and the like is getting pushed out of the Duboce Triangle neighborhood due to a rent hike. As Hoodline reports, Jumpin' Java (139 Noe Street)