The perennial question, "What will Google do with X," gets juicier when X is a NASA airfield of 1,000 acres, several hangars, two runways, a flight operations building, and a private golf course.

Google has long used Mountain View's Moffett Field as a launch pad for Sergey and Larry's jet-setting  which caused some controversy last year when it became known that they were benefitting from NASA's jet fuel discounts  but now, according to a NASA press release, Google real estate subsidiary Planetary Ventures LLC has officially signed a lease on the facility. They'll be paying $1.16 billion in rent to NASA over 60 years, as was previously reported in February.

The historic Hangar One at Moffett was built by the Navy during the 1930s to house military dirigibles, and though it would be natural to speculate about Google dirigibles, plans for the 350,000 square foot structure include, according to the press release, the development of robots, rovers, and space and aviation projects.

"As NASA expands its presence in space, we are making strides to reduce our footprint here on Earth,” the release quotes NASA Administrator Charles Bolden. Google plans to invest more than $200 million in capital improvements to the site including the creation of an educational facility "where the public can explore the site’s legacy and the role of technology in the history of Silicon Valley."

It's all a bit reminiscent of the Google Barge, a project that got docked for safety concerns. But taking to the seas isn't as exciting as taking to the skies, and, now that Elon Musk is working on satellites and Virgin Galactic is still trying to get off the ground (and not crash), are we entering an era of a great tech space race? 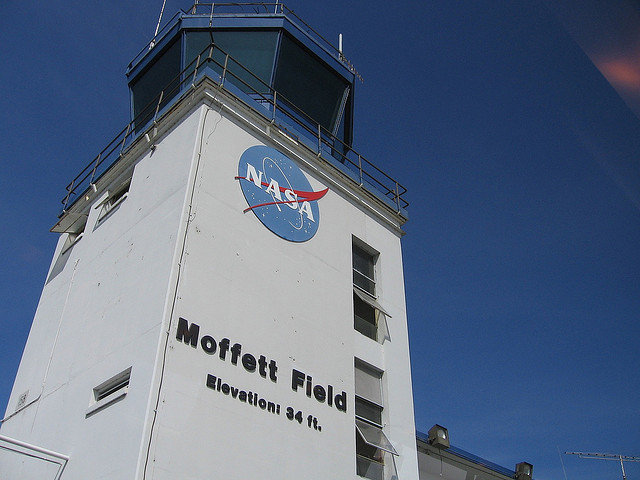 Though a campaign's afoot to make Pisco Punch San Francisco's official drink, don't tell that to Dublin (Ireland, not East Bay)-based designers Ronan Dillon and Peter O’Gara. They're the ones who

A ferry captain made a gruesome discovery during Tuesday morning's commute: a dead body, floating in the waters near Alcatraz island. According to the Merc, the captain of a ferry headed from Sausalito