We're so proud of most of you, Giants fans! After the Giants took the pennant last night, a lot of you took to the streets in celebration, but the vast majority of you heeded San Francisco Police Chief Greg Suhr's warning and acted like "we’ve been there before, because we have been.”

But a couple of you were dumbasses. Here are some:

SFist tipster Jeff Stone sent us this video he took last night during the celebration near AT&T Park, saying "The guys must have been doing burnouts all down 2nd Street given how much smoke was already in the air. It looks like he pushed those tires a little too hard and ended up blowing his rear tires and his rear bumper!"

The Brawlers Who Discharged A Gun At Third And Channel

At about 10 last night, a group of men started fighting at Third and Channel, SFPD spokesperson Officer Gordon Shyy says.

"A gunshot was fired," Shyy writes via email "and the group fled the area. A gunshot victim has not been located and we believe no one was struck by gunfire at this point."

One of the fighters was still there when the cops arrived, suffering from a shattered nose, He was taken to the hospital.

The Drunks Who Got In A Fight With A Homeless Man


About an hour later, the Ex reports, two allegedly drunk guys got in a fight with a man the police describe as homeless just a block away from the brawl above.

When police arrived at Fourth and Channel, the homeless guy had left the scene, but a witness said the Giants fans had been arguing with the homeless guy, and that "the argument turned physical."

Police weren't able to interview the men, though, "due to their level of intoxication." One of them even tried to assault a paramedic who was trying to treat his (minor) injuries, SFPD says.

Videogrsapher Justin Gallagher describes the above as "a few fans celebrate Giants win into the World Series by doing donuts in the intersection. This went on for about 15 minutes until the police showed up." This seems like a wise, safe, and classy way to respond to a sports team's success. Oh, wait, no it doesn't.

Various Other Drunks, Brawlers, And Vandals 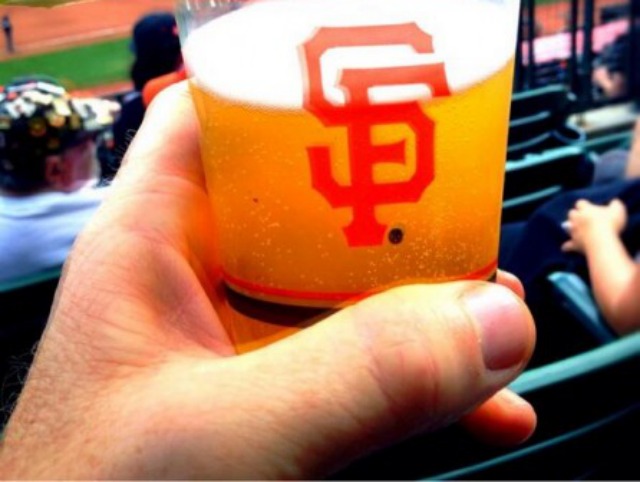 Shyy says that SFPD officers had to assist AT&T Park security in ejecting a "handful" of Giants fans from the game for "unruly behavior," because baseball tickets are cheap, why not blow the money acting like jerks? Someone also set a small fire outside AT&T Park that was quickly extinguished, he said.

Post-game, the Ex reports that police had to break up a fight at Second and King, in which one person was injured but declined treatment. Three others in the area, who weren't participants in that fight, got arrested for public intoxication.

Ugh, right? Why be like that? Now, let's look at some fun, happy video of the post-win celebration at and around Third Street:

And in the Mission, which Mission Mission described as "loudly enthusiastic but very well behaved":

IMG 8166 from Mission Local on Vimeo.

Photo: 21st Amendment, an establishment which frowns upon behavior like that listed below

It was only a matter of time before the ride-sharing craze made it onto South Park, and now it has. Watch as Timmy starts a company called Handicar, which quickly expands into more

In remembrance of the Loma Prieta earthquake  which happened 25 years ago today  SFist has been devoting some special coverage to the historical record of the quake itself, and its aftermath. "It looked