Two people are injured, and a stretch of Fulton Street is closed after a two vehicle collision near Fulton and Laguna Streets, one of which might have been a Uber car. 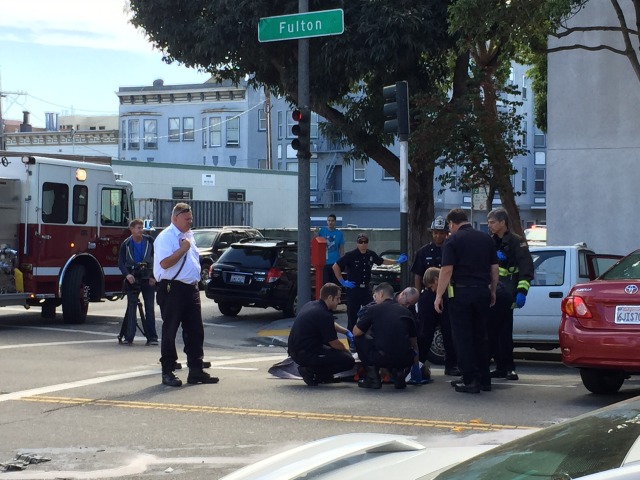 According to SFist editor Jay Barmann, who was walking through the area just following the crash, first responders extracted at least one injured person from the wreckage, and were treating the person at the scene.

According to San Francisco Police Department Officer Gordon Shyy, the collision occurred at around 11:45 this morning. "Two vehicles were involved in a collision as well as two parked vehicles," he says, and "two patients have been transported to the hospital with non-life threatening injuries."

"There were no pedestrians involved in the collision," he says.

According to KTVU, one of the vehicles involved in the crash had an Uber placard visible in the window. Shyy didn't comment on that, saying only that the cause of the collision is still under investigation. 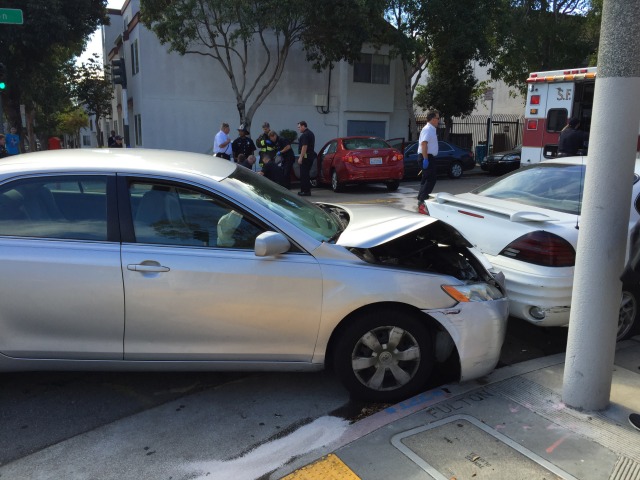 As of 12:15 p.m. Tuesday, Fulton Street is closed on both sides of the intersection. Laguna remains open, but traffic is likely slow in the area, so avoiding that stretch of road is advised.

Local videographer Adrian Anchando  who brought us that Dunkin' Love parody a few months back  brings us this funny new parody of Sam Smith's "Stay With Me," featuring singer Daniel Franzese and members

Someone at a China Basin loading dock took "if you see something, say something" to the next level this morning, when they called the San Francisco Police Department to report a "suspicious package"

—
Fulton Street Closed After Vehicle Collision At Laguna
Share this