A very sad story came out of Yosemite over the weekend when veteran rock climber Brad Parker of Sebastopol fell to his death while attempting to climb Matthes Crest Traverse. Most tragically, just hours before, Parker had proposed to his girlfriend Jainee Dial after the pair had climbed Cathedral Peak together.

Parker, 36, was climbing without ropes or equipment when he fell about 300 feet around 5:45 p.m. on Saturday. Rescue workers located his body and because of the late hour had to wait with it overnight until it could be helicoptered out Sunday morning.

As the Chronicle reports, Parker was an avid climber, surfer, bicyclist, and yoga instructor, and a friend says he was such a strong climber that this is all baffling. "He was fit and he has climbed this route before, so it is kind of a mystery how it happened," says Jerry Dodrill, Parker's climbing partner of 15 years.

But a fellow climber who says he had run across Parker within the hour when he fell says that Parker had told him and his group that he was cramping and dehydrated, so fatigue likely played a role in his death.

The reason he had gone off to climb solo, leaving his new fiancé behind, is that he was in training. From the Chronicle:

Dodrill said he and Parker were in the midst of training for a major climb in the Sierra, so it wasn't surprising that he left his fiancee for more training up Matthes Crest, a dramatic granite ridge 3 miles away.

The mile-long climb over the ridge, which pokes high in the air like a shark's dorsal fin, has 300-foot drops on either side, but is not considered technically difficult for experienced climbers, who often do the traverse without ropes.

As the Sacramento Bee notes, Parker was featured on the cover of California Climber magazine in 2012, and you can see that photo below, shot by Dodrill.

Family and friends of Parker held an impromptu vigil for him on Monday in Sebastopol, and planned to climb Cathedral Peak together on Tuesday as a form of closure. A memorial will be held this Saturday. 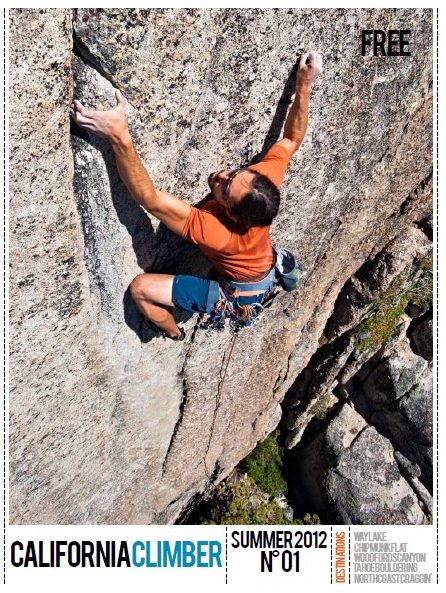 After the hit-and-run death of a two-year-old child prompted a search for the driver of a white car, an arrest has been made. However, the arrestee wasn't the driver of the vehicle that

Uber's new SVP of Policy is David Plouffe, Obama's former campaign manager. He'll be commuting from DC to SF for now (presumably not by towncar) "but will move to San Francisco with his