Clearly I’m not the only crazy cat-person who wants San Francisco’s first cat cafe to happen. As of last week, KitTea needed $100,000 to move forward with its plan to open a cat cafe in Hayes Valley. Today, KitTea tells SFist via email that not only has it raised all those funds, but it has signed a five-year lease at 96 Gough Street.

“Yes, we were very recently in a financial pickle,” KitTea’s statement says. “But thanks to the support of our community as well as an anonymous donor, we’ve raised the amount of funding we need.”

As we noted earlier, via the San Francisco Business Times, KitTea’s rent on the Hayes Valley location increased, thanks to this crazy, competitive market. The cat cafe also requires additional construction, due to health department specifications calling for the cat and beverage/food areas to be separated. You can see a sample layout concept below.

There’s no word yet on when the cat cafe will open, but founder Courtney Hatt tells Hoodline that the build-out could take three to four months. The cat cafe will also need a pass code from the health department and permits from the planning department.

Oakland’s Cat Town Cafe is also raising money in advance of its September opening at 2869 Broadway and you can donate here. 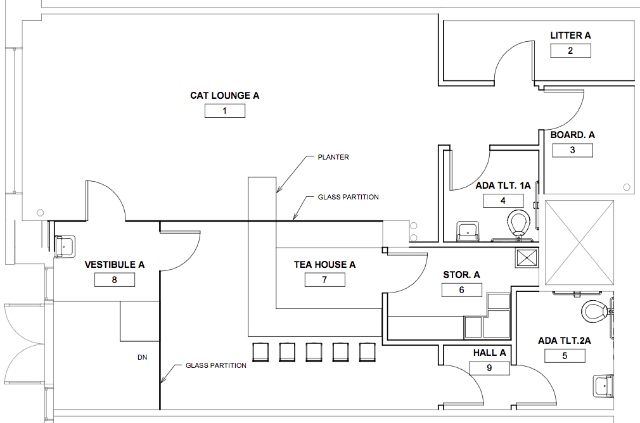 Minnesota-based matchmaker Kailen Rosenberg  who can be seen, amidst many jump-cuts, discussing her trade and her recent book Real Love, Right Now in the video above  is coming to San Francisco next month

Many people, including some SFist readers, reacted strongly to the level of detail that was given in the press conference Tuesday with regard to Robin Williams' cause of death, saying that the Marin

—
Hayes Valley Cat Cafe Is Back On Track, Signs Lease
Share this