Who doesn't love a margarita, right? No, for real, unless you have a severe citrus sensitivity or you don't drink booze at all, the margarita is just one of those universally loved classic drinks that also happens to conjure the free-wheeling joy of a summer day by a pool or other body of water. Assuming you didn't destroy yourself this past Cinco de Mayo and swore off margs forever, check out these ten below, which in SFist's humble opinion, represent SF's best (with one in Berkeley, just because).


La Urbana
At this still newish Divis spot, it's all about upscale spins on Mexican flavors, as well as a very serious mezcal collection behind the bar. Their smoky house margarita is made with Pelotón de la Muerte Mezcal, fresh lime and lemon juices, agave syrup, and citrus oils extracted with a traditional chimolera, or pestle. And if you're one of those people who thinks all mezcal tastes like a dirty ashtray, you might need to try one of La Urbana's flights of the finer stuff. You may just walk away a convert.Jay Barmann
661 Divisadero at Grove 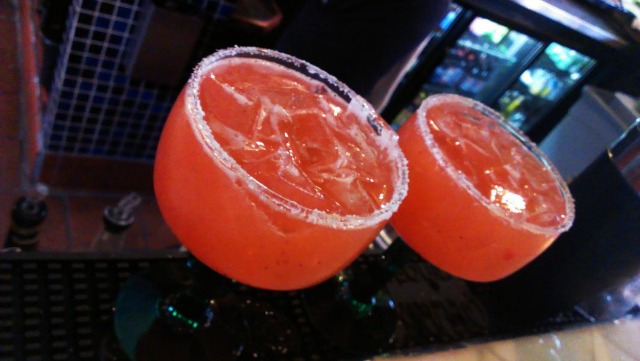 Celia's By The Beach
This one-time flagship of the Celia's chain of Mexican restaurants has since broken with the franchise and is doing things their own way, including a sophisticated cocktail program, an impressive tequila list, and (don't be fooled by the cheeseball glasses) a margarita for nearly everyone. If you're a fan of margs from mix (no shame! Lots of people are!) then their House is the way to go. Their Top-Shelf and Perfecto are for folks who want a fancier tequila to be the star, with lime juice, simple syrup, and cointreau or grand marnier, respectively. With pals? Order any of them in pitcher-size, for the whole table. -- Eve Batey
4019 Judah, between 45th and 46th Avenues 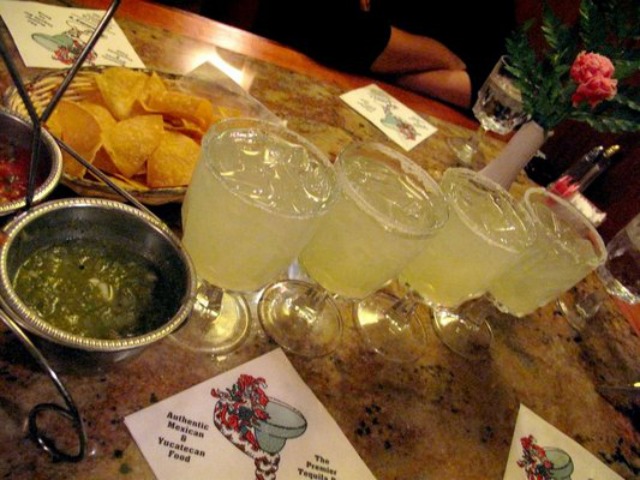 We certainly hope Yelp user Debby L. wasn't planning on drinking all of these. Then again, why not?

Tommy's Mexican Restaurant
Step into Tommy's and the first thing you'll smell are limes. Smushed, pulverized limes, all sacrificed in the service of their brisk margarita trade (both by the glass and in pitchers) based on their hundreds and hundreds of tequilas. This is a place for the serious tequila snob, to be sure: they even have a tequila club with over 7000 members. With agave syrup, the tequila of your choice, and those fresh-squeezed limes, you'll see why folks travel across the city to get a drink at Tommy's bar. -- Eve Batey
5929 Geary Boulevard between 23rd and 24th Avenues 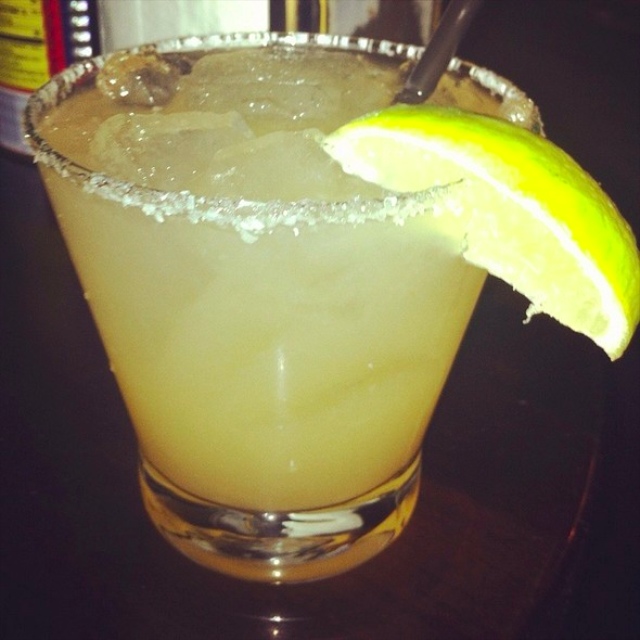 Mosto
Frozen margarita lovers like me — who have been sipping on the rocks in fear of dirty looks from the snobby cocktail crowd — will feel no shame at Mosto. Led by Danny Louie of Alembic fame, the tequila bar next door to Tacolicious blends the classiest frozen margarita in town. Served in a a martini glass, Mosto's version is as tart as its rocks counterparts and features high-quality tequila, agave, and lime. It's been known to convert even the most on the rocks purists. — Whitney Phaneuf
741 Valencia Street 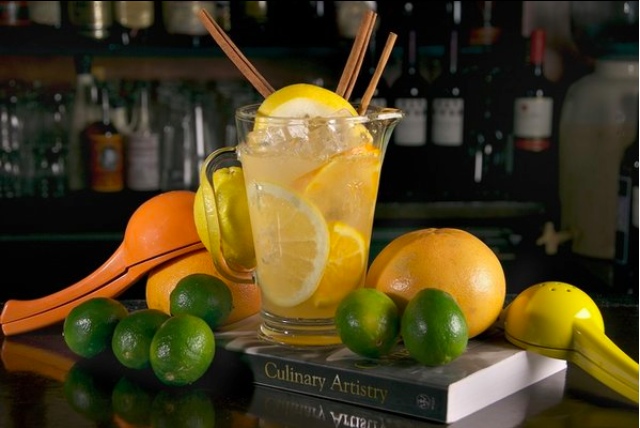 Cantina
For seven years now, Cantina's been slinging some of the best Latin-inspired cocktails in town, with the whole menu focused on tequila, mezcal, rum, pisco, and cachaca. The cornerstone of Cantina's whole business is the Five-Spice Margarita, created by barman/owner Duggan McDonnell, which features Tres Agaves tequila, Combier orange liqueur, lime, and Chinese five-spice-infused agave nectar. It's a delicious spin on the classic, and you will probably want to order a pitcher. Jay Barmann
580 Sutter Street 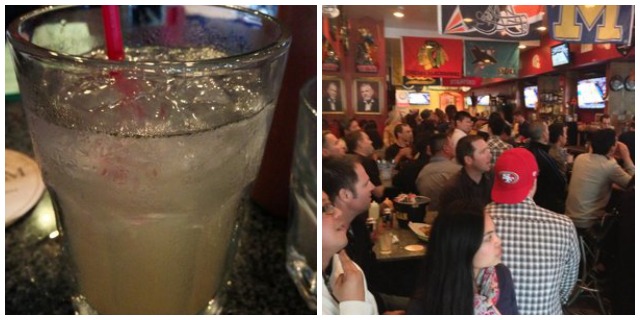 Yelp user Myke Y. caught a photo of one of Underdog's $1 margs (left) and the crowd (right)

The Taco Shop At Underdog's $1 Margaritas
Are these $1 margaritas served from 6-6:30 every Friday night the best margaritas you'll ever taste in your life? No, they are not. But, still, they are freakin' $1 margaritas, and that counts for a lot. The scene at this Outer Sunset sports bar gets pretty intense on Friday night, as the staff mixes the drinks, literally, in buckets before dumping them into glasses that are distributed to the crazed crowd as swiftly as possible. "It's a great way to start the weekend," Underdogs staffer Gabriel tells SFist, and we have to agree—the troubles of the week drift away as you join a slavering pack of folks trying to put away as much marg as possible before 6:30 hits. The scrum will put hair on your chest, even as the surprisingly strong drinks melt it right off. -- Eve Batey
1824 Irving Street, between 19th and 20th Avenues 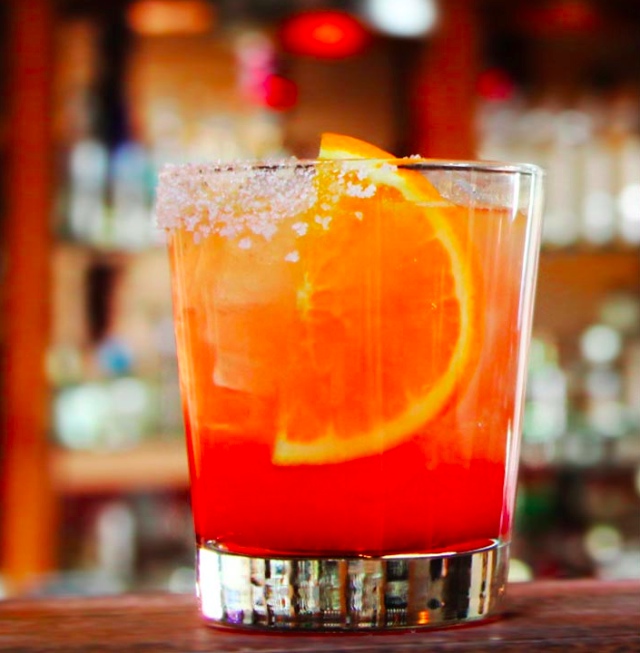 West of Pecos
The food at West of Pecos is more southwestern/Tex-Mex than it is Mexican, and bar manager Brent Butler created a cocktail program that's a little bit Mexican and a lot of other things too. The excellent margarita selection here includes the classic, which is just tequila, lime, and agave; the Pecos, which includes prickly pear puree, serrano chile for spice, and smoked salt on the rim; and the La Flama Verde, with tequila, lime, cucumber, genepy, and jalapeno. Also, there's always three frozen margaritas to choose from, including the "sangre" option with a swirl of sangria in it. Jay Barmann
550 Valencia Street between 16th and 17th 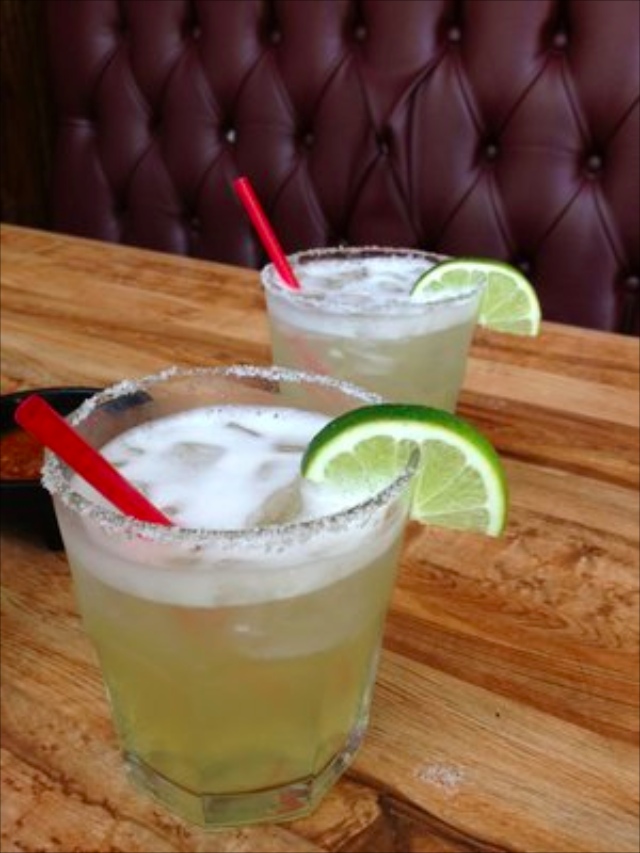 Puerto Alegre
This margarita is classic, strong, and cheap. If you've ever spent an evening with a few friends and a few of Puerto Alegre's $22 pitchers, you know why these deserve to be in our Best Of. Skip flavors like strawberry and stick to the traditional lime on the rocks. They'll bring salt and fresh limes to the table. — Whitney Phaneuf
546 Valencia Street 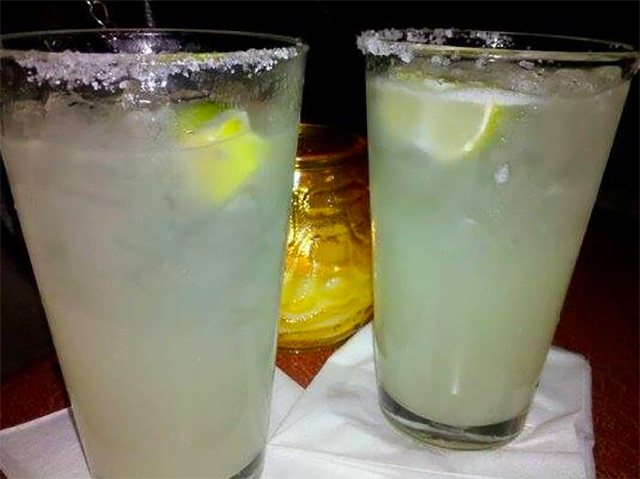 The Latin American Club
Described to me as "the strongest margarita in San Francisco" when I moved to the city in the 90's, people tell tales of the bad decisions (bankruptcy, divorce) and happy accidents (I know at least one baby conceived after a night there) that resulted from their pint-glass-full margs. Made from the cheapest of the cheap Bols triple sec and a lot of tequila, LAC's margaritas still go down easy—maybe a little too easy, you'll realize, when you try to stand up after just one. Eve Batey
3286 22nd Street, between Bartlett Street and Valencia Street 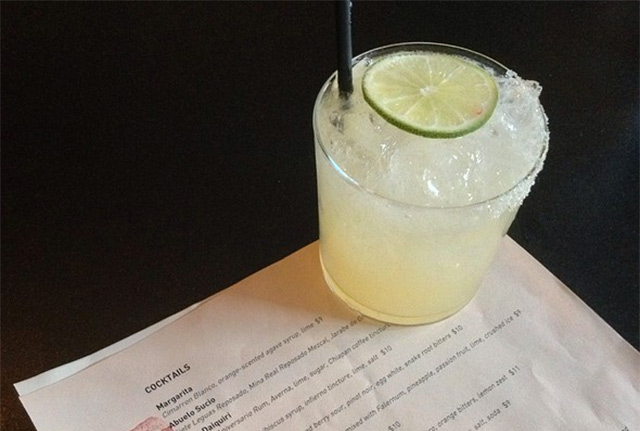 Comal
At Comal, Mexican cuisine is cleaned up and Berkeley-fied a bit, which may not suit everyone's tastes. But the bar program has been stellar from the start, with one of the tastiest, most balanced margaritas I've ever had. They use Cimarron Blanco tequila, which may be part of the magic, and the sugar-salt rim is good too, but the key is the orange-scented agave, which rounds out the drink without making it too complicated. Also, it was voted Best Margarita in the East Bay by the East Bay Express.
Jay Barmann
220 Shattuck Avenue, Berkeley Two of Celia's strawberry margaritas, from their Twitter page

Four SF men have been busted for trying to get food stamp recipients to sell their benefits for a fraction of what they're worth. You know, like Gloria on Orange is the New

Miley Cyrus, who kind of surprisingly is a huge Flaming Lips fan (she told Rolling Stone recently, "Once you listen to them, it's hard to listen to anything else."), got a dream come

—
The 10 Best Margaritas In The Bay Area
Share this