Inspired by the massive, multi-vendor food halls of Europe, and along the lines of Mario Batali's Eataly in New York, Los Angeles restaurateur Tony Riviera is bringing something called The Market Hall to the Mission Creek/Mission Bay vicinity, possibly as soon as Labor Day. As Eater reports, the project is 10,000 square feet and it's going to offer an alternative to Whole Foods shopping with fresh meat, poultry, seafood, local produce, cheese, charcuterie, beer, and wine, along with prepared foods, a rotisserie, and a 60-seat restaurant component serving breakfast, lunch, and dinner. It's not totally clear as to how the different stalls/sections will work, or if all the goods will be sold under the aegis of a single store, like Whole Foods.

The Market Hall will be opening at 185 Channel Street in the base of The Channel, a new market-rate apartment complex that opened this year. And this shouldn't be confused with Rockridge's Market Hall, which is unrelated, though a similar concept. Riviera is targeting Labor Day for an opening but that may be coming from a businessperson who doesn't fully appreciate the many complications and inspection delays that can happen in S.F.

Riviera owns Caffe Primo in L.A., as well as the former Tony's Italian Steakhouse/Borracho Cantina, and Luigi's Osteria. He has big plans for the Market Hall concept, saying that the San Francisco spot will be the flagship but he has plans to open more in Dallas, San Diego, and Seattle.

Expect updates on this as late summer approaches. 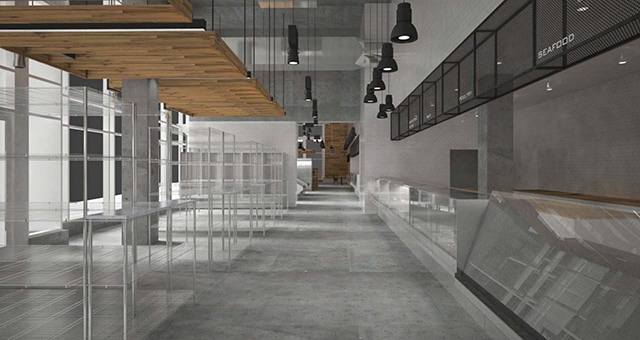 
Rendering via Tony Riviera via Eater

A tragic accident took the life of a two-year-old boy Friday outside one of the many statuary/art/tchotchke shops along Jefferson Street at Fisherman's Wharf. The boy, whose family was visiting from

For the most of this still young season, it was a mere curiosity. A statistical aberration that would surely revert to the mean. Eventually, it may well do just that, but for now