Given that San Franciscans will always find a way to restore, preserve, hoard or just plain recycle old stuff, it makes sense that there's no shortage of storefronts devoted making what's old feel brand new again. Here now are our 10 favorite places to shop vintage for your living room, your kitchen and your closet.


Helpers House Of Couture
Joy Venturini Bianchi's Helpers House of Couture is home to some of the most remarkable vintage and designer clothing that you've ever seen—and by "designer," we don't mean it the way TJ Maxx does. There's a room that's half Chanel, for example, and fantastic Halston originals from the 70's hang on a rack next to 00's-era McQueen. It's still not cheap: Bianchi and her staff of magical elves know the value of what they're selling, and what the market will support. That said, most everything is going for a lot less than it would new. This is your best place to find one-of-a-kind showstoppers, not basics, so an "I'll try anything!" attitude is ideal. It's also a great place to go just to be inspired, and to be reminded that getting dressed up is fun. Helper's is by appointment only, so it's likely that you'll have the jam-packed mansion of high-end fashion to yourself. Bring some friends and make it a party! — Eve Batey
2626 Fulton, call for an appointment: 415-387-3031 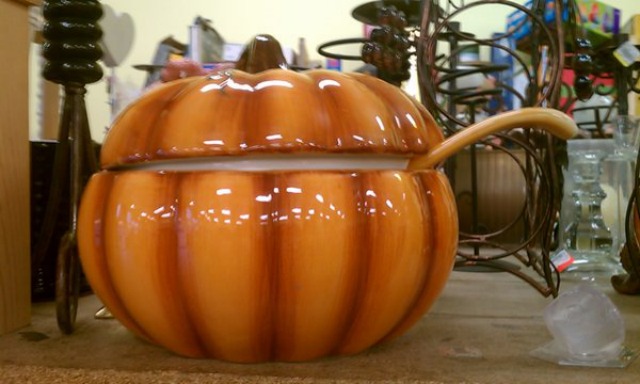 Clement Street Goodwill
It's a not-so-well-kept secret that various Bay Area Goodwill stores "specialize" in different merchandise: for example, the Haight location is reportedly where donated vintage clothing is sent, and the Irving Street location gets donated cashmere. If that separation strategy is truly a thing, then the Clement Street Goodwill must be where vintage pots, pans, and kitchen items are shipped, as their selection is fairly impressive. Over the years, I've scored a cherry 70's fondue set for $4.49, a cast iron skillet from the 50's (maybe older—I'm a blogger, not an Antiques Roadshower) for $2.29, and fifty-cent specialty cookie cutters that a pal pointed out are probably ancient enough to contain lead solder (the list of wonderful items I've restrained myself from is far longer). Be ready to hunt through stacks and bins, and bring a pleasant smile, patience, and if those fail, sharpened elbows, as this Goodwill's patrons seem to view shopping as a bloodsport. — Eve Batey
820 Clement (between Ninth and Tenth Avenues) 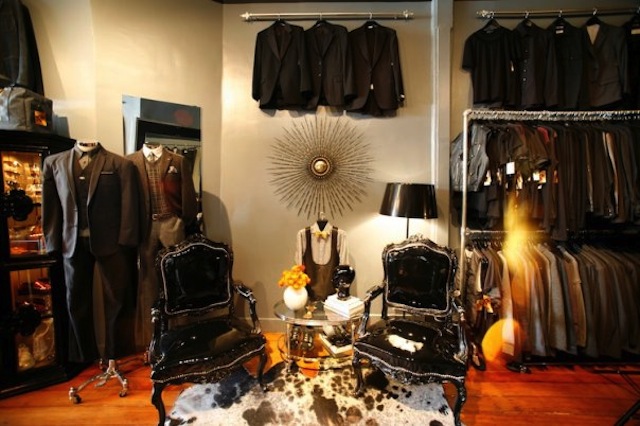 Sui Generis
Sui Generis stormed the Castro like it was Normandy, ready to blow away the v-neck clones and sports jersey-drenched posers currently saturating the city's gay neighborhood. Divided into a mens and womens stores (just a few doors apart from one another), you can find a bevy of vintage high-end clothes, bags, and accessories from names like Hermes, Prada, Comme Des Garcon, and more. What's more, the (gorgeous) staff at Sui Generis are uncommonly friendly and knowledgable. — Brock Keeling
Mens: 2231 Market (at Sanchez)
Womens: 2265 Market (at Sanchez) 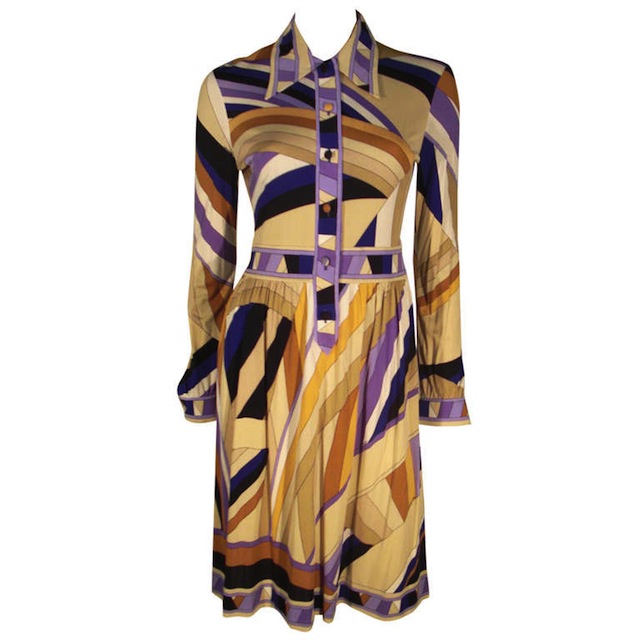 Torso Vintages
Noted as one of the city's most expertly curated vintage stores, at Torso you will find such gems as Oscar de La Renta beaded gowns, racks of Chanel circa 1942-1992, and mens suits fit for guys who know that style goes well beyond mimicking Don Draper's drunk-chic look. But bring your pocketbook. The 1960s Emilio Pucci silk jersey print gown (seen above) will run you $2,500. — Brock Keeling
290 Sutter (at Grant); 415-391-3166 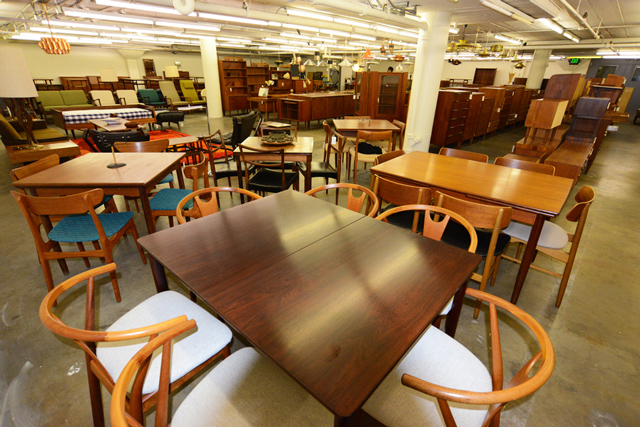 Mid-Century Møbler
What started as a garage full of mid-century Danish furniture off of Duboce Park has expanded to a warehouse space in the Mission. While furniture from the period is currently experiencing a great deal of interest thanks to Don Draper, a return to minimalism and San Francisco's generally tiny apartments, owner Julian Goldklang sources many of the pieces in the shop directly from Scandinavia and restores worn-in pieces with new life. The shop's collection is so extensive, they've even supplied furniture for a Mad Men shoot —Andrew Dalton
1220 Shotwell Street (between 26th and Cesar Chavez) 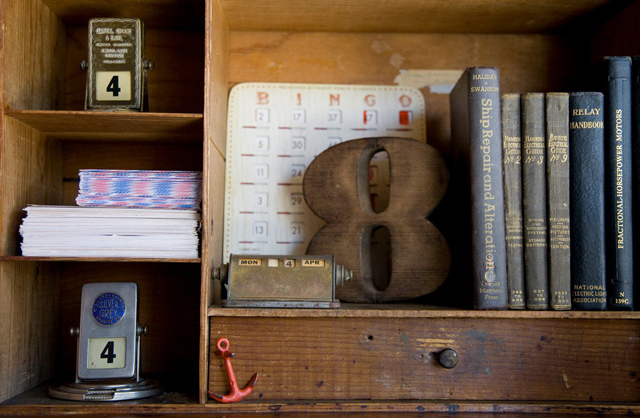 The Perish Trush
As "a modern day general store," the Perish Trust's highly-curated collection evokes a strong sense of rustic, outdoorsy Americana. Imagine if Thoreau's cabin at Walden pond had been transported to Divisadero, outfitted with home bar goods, then decorated with vintage items from long-gone Boy Scout troops and reclusive writers whose typewriters have been dusted off and equipped with a fresh ribbon. — Andrew Dalton
728 Divisadero Street (at Grove) 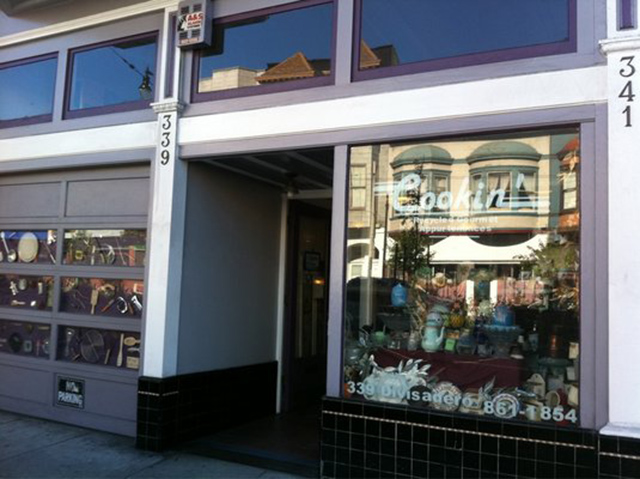 Cookin': Recycled Gourmet Appurtenances
For 33 years, Judy Kaminsky has been running San Francisco's most celebrated collection of cookware. Step inside the packed Divisadero storefront, being careful not to knock over any glassware or Kaminsky's sleeping dog Tank, and you'll find out why everyone from former French Laundry chefs to Michael Tusk have stopped in to browse for their own kitchen goods. Although Kaminsky has a reputation for being surly, her eye for kitchen goods is exquisite. Whether you're looking for vintage copper cookware, a cast iron Le Creuset, or just a mismatched set of souvenir shot glasses, Judy's probably got it tucked away somewhere. —Andrew Dalton
339 Divisadero St (at Oak) 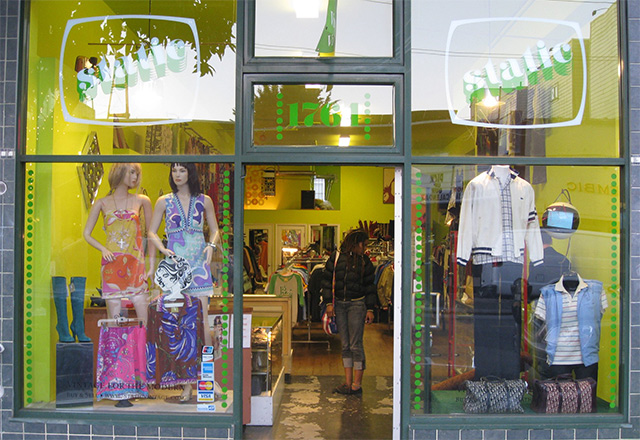 Static Vintage
Possibly the best curated and most high-end of the vintage stores that dot the Upper Haight is Static Vintage, where you'll find everything from Missoni tops (starting around $500) to vintage Mickey Mouse t-shirts to 1980s Louis Vuitton and Gucci luggage to 1970s Polaroid cameras. Things don't come cheap here, but for fashion-obsessed hip kids and would-be Rachel Zoes, this is a must-visit.  Jay Barmann 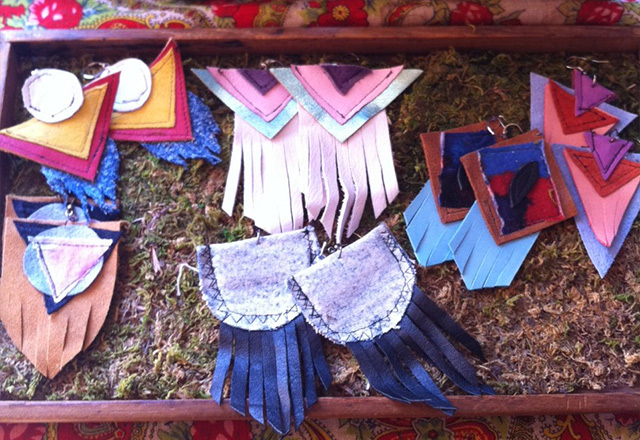 Stone Pony
Among the dozens of vintage shops in the Mission, Stone Pony stands out as one with a distinct, eclectic, and colorful point of view. The selection is heavy on jewelry and accessories, with a few tightly curated racks of men's and women's clothing that tends toward the funky and brightly patterned, from the 1960s to the 1980s. But there are also crystals, jewelry, and semi-precious gemstones. Co-owner and primary buyer Coco Cohen hails from Tucson, hence some of the southwestern, cowboy-booted aesthetic, but she has another explanation for the spiritual, crystal-type stuff. "I’m a Cancer, after all." Note they keep minimal hours: typically 1 to 7 p.m.  Jay Barmann 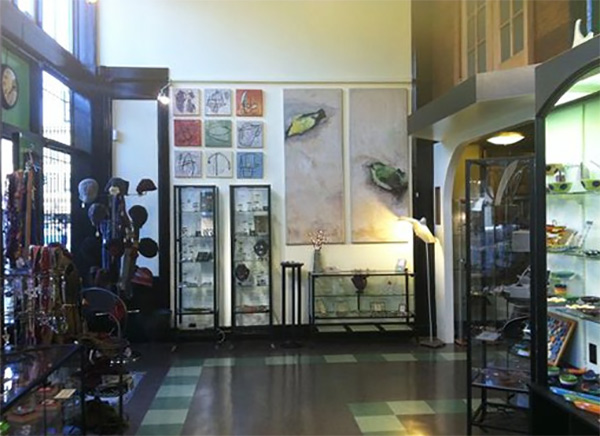 Gem & Jetsam
Right up the block from Stone Pony is Gem & Jetsam, which has an even more tightly curated selection of accessories and vintage jewelry, glassware, tchotchkes, as well as a few racks of women's and men's vintage clothes. There's also an awesome, mechanical, revolving, vintage department-store accessory case, and some revolving display dress-forms that make the place feel almost like a mini-museum. - Jay Barmann
3527 20th Street at San Carlos 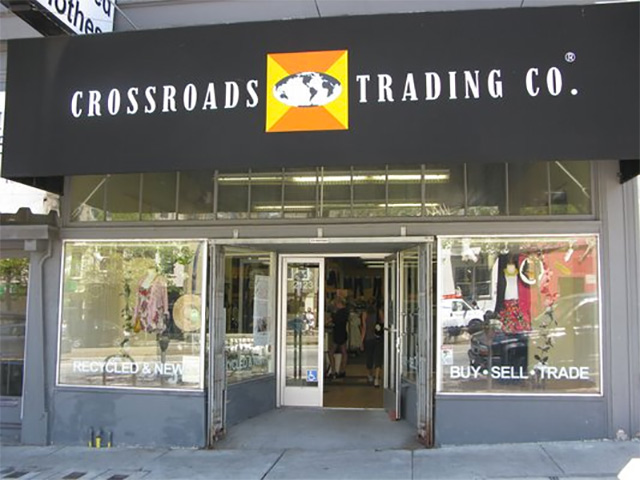 Crossroads Trading Co.
When it comes to selling your clothes, Crossroads can be a lot like that Portlandia sketch. But as a vintage shopper, you can find some great, reasonably priced stuff there depending on which store you're in (they have three locations in the city), though of course the designer stuff tends to disappear quickly. That said, this is pretty much the best place to find worn-in jeans that won't cost a mint, ironic t-shirts, and the occasional, perfectly fitted light jacket  of which you can never have too many in this town. Jay Barmann

Honorable Mentions: The Other Shop, which is currently closed while they rebuild after a fire; and Stuff Vintage-Modern, which is a veritable warehouse of funky and quirky goods.

Come on, you know you want it. Photo: Dan B/Yelp

This is funny: Google's mostly failed attempt at creating a Facebook-killing social network may not have been done any favors by having co-founder Sergey Brin involved in the project. As Brin told an

—
The 11 Best Vintage Stores In San Francisco
Share this