Jeremy Jordan had a thankless job portraying one of the creators of Hit List, the imaginary musical featured in Smash, a drama about Broadway that one of my actually-working-on-Broadway pals described as "utter garbage." Garbage it might have been, it was garbage I enjoyed! And while Jordan's character was often tough to take, the occasional smirk the actor let slip suggests that he knew that most of us were hate-watching, and that that was fine with him. Jordan's had plenty to do since Smash's sad demise, most recently making his solo concert debut at Feinstein's at the Nikko (222 Mason). At publication time, tickets were still available for his show tonight at 8 PM, the next two, at 7 PM on Saturday or Sunday, are already sold out. Tickets are $45, and you're expected to spend $20 more in food and drink, so get out those wallets.


Saturday: Pick Up Some Poop

On Saturday, join up with a bunch of other dog fans to clean up the dog crap left behind by people who refuse to follow our etiquette advice. Meet at the Fort Funston parking lot at at 9:30 AM, where Citipets will provide cleanup supplies and snacks (there's also coffee and pastries after the cleanup, at 11:30). This event also has a political purpose, as organizers say they hope that it will "bring attention to the risk from the GGNRA that this place, beloved by dogs and their people, is under threat of losing off-leash access." Neither SFist nor I have a dog (ha!) in that fight, I just believe it's good for people, especially dog guardians, to show that they take responsibility for the impact they and their pets have on the environment. And when you can do that, hang out with some other dogs and their people, and then get snacks? That's a good Saturday morning. 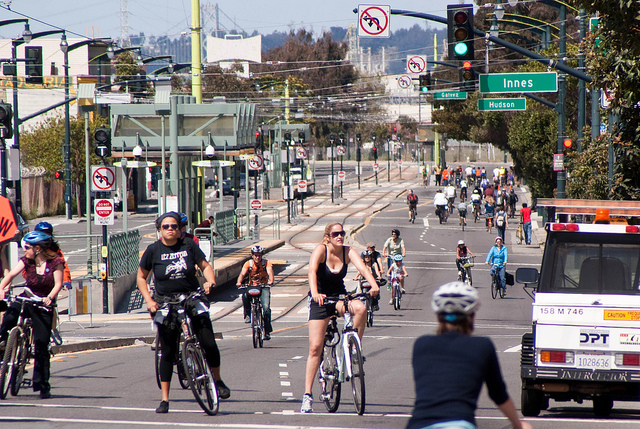 Sunday: Bayview/Dogpatch Sunday Streets
My favorite Sunday Streets events are the ones that take place in neighborhoods many of us either hurry through or only see on the news, as these events give us a remarkable opportunity to see these areas as the rich, vibrant places they all are. That's why I'm especially excited about the Bayview/Dogpatch edition of the series, in which over three and a half miles of car-free space will be filled with a seemingly endless list of activities and events. From 11 AM to 4 PM, walk, scoot and bike from China Basin all the way down to Quesada Avenue. See the full map and list of events here.

Yesterday we met the San Francisco Zoo's unnamed Red Panda. We learn today that Mr. Red Panda (as we will call him until he gets an official name) has an adorably vicious thirst

As mayor during a particularly tumultuous time in the city's growth, Ed Lee has been a leader in calling for task forces and working groups to integrate our local government with the ever-changing

—
SFist This Weekend: Pick Up Some Poop
Share this