An ongoing new project, dubbed BART Metro Vision, is seeking to outline various pie-in-the-sky ideas for expanding the train system beyond 2025, and current ideas include adding lines to the Sunset and Richmond, adding stops on the current line at Van Ness and at 30th and Mission, and adding a second Transbay Tube.

As SPUR tells us, the visioning stage is one where all ideas are getting thrown on the table and evaluated based on their potential benefits  with no concern given to costs. While there's still no BART to Marin on the current vision map, a lot of older ideas are getting thrown back around, like the line down Geary to the Richmond that was originally considered back in 1961. Also, there's the idea of a second Transbay Tube, south of the existing one and connecting Oakland's Jack London Square to Alameda and a new SOMA loop, which would alleviate congestion on the existing tube  something that will inevitably need to be dealt with if ridership doubles in the next 20 years.

As you can see on the map below, other ideas include an East Bay shoreline route that would extend from the Coliseum to Emeryville and up to Crockett; and a new Daly City loop down 19th Avenue.

The first phase of evaluation of these various options is underway. 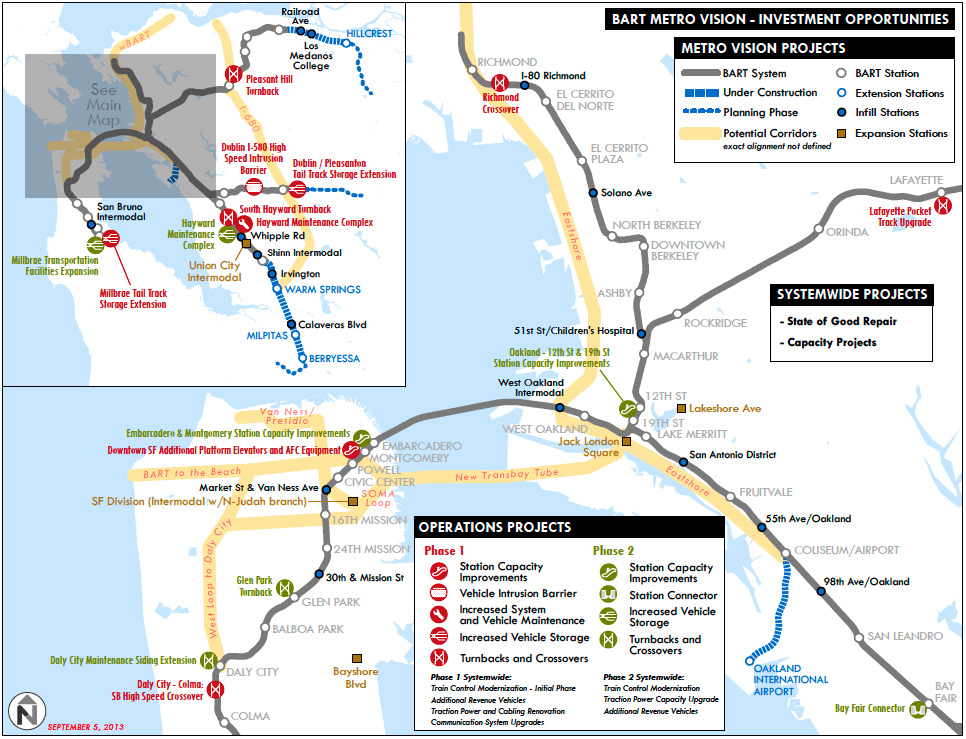 You may want to avoid 101 if at all possible, because a grass fire this afternoon made the southbound side of the freeway kind of impossible. The fire was near the Alana Way

Comedian Mike Rose and Parks & Recreation star Retta are featured in this amusing little short about The LOLmbulance, an ambulance that comes equipped with a stand-up comedian to help you forget all