As if things weren't weird enough down by the Embarcadero Center today, a semi-naked man climbed a light pole on Drumm Street this morning, camped out for a little while and removed his pants. It took a legion of SFPD officers and one SWAT team tactical vehicle to finally retrieve the nude man from his perch around 2 p.m. this afternoon.

According to SFPD spokesman Officer Gordon Shyy, police responded to the area around 10 o'clock this morning and closed off the block while a negotiator was called in to come talk to the man. One witness on the block posted an account of the incident on Reddit:

Earlier this morning on Drumm street a man climbed up a light pole and began yelling. Police corded off the block but have appeared to take no action. There are literally dozens of police monitoring the situation. Then this afternoon the man threw off his pants and is now nude. This seems to have attracted quite a lot of spectators.

Other witnesses on Reddit said there were no fewer than 17 police officers and firefighters waiting for the man to come down. In photos showing the police action, the SWAT team tactical vehicle can be seen pulling up to the light pole and extending a platform so officers could reach the man. They allegedly gave him a Gatorade. Officer Shyy tells SFist the man finally came down around 2 p.m. this afternoon and was taken to a nearby hospital. 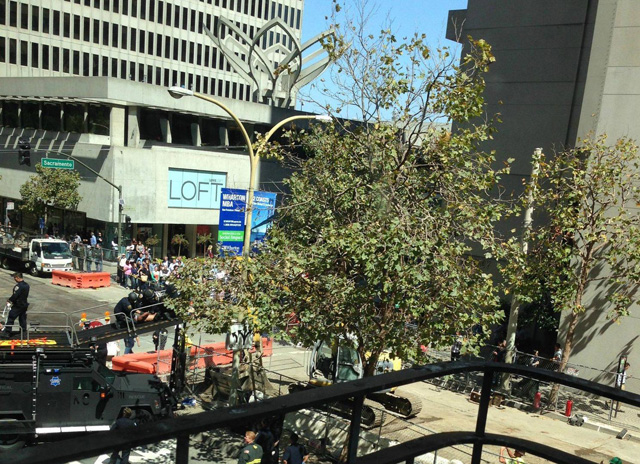 Update: SFist reader Colin sends in another photo of the man in his perch, before he allegedly removed said pants: 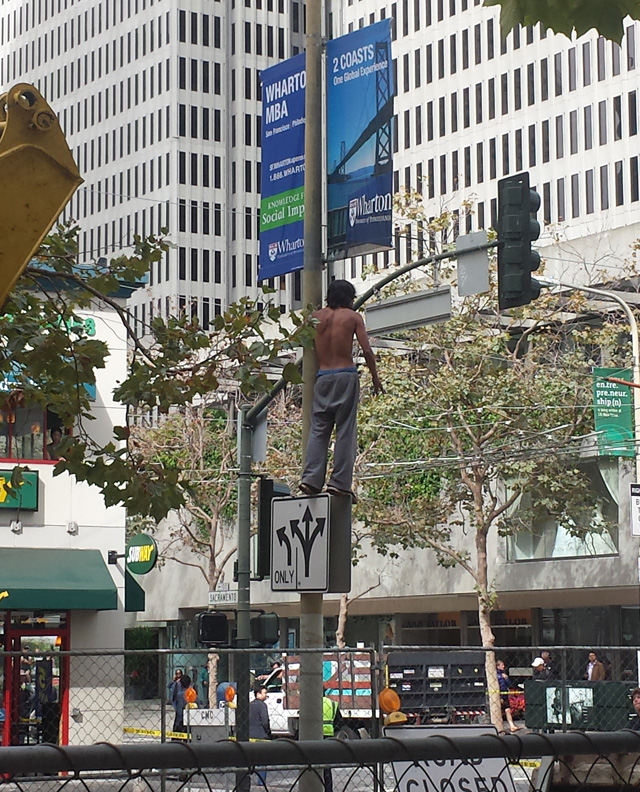 Update II: Another SFist reader sends in the semi-NSFW photos and video below. The video contains a nude man, obviously, but is probably too blurry to really be NSFW. It does, however show just how big the crowd was down at Sacramento and Drumm Streets this afternoon. Sadly our tipster says the video cuts off just before the pole sitter started singing "Amazing Grace." 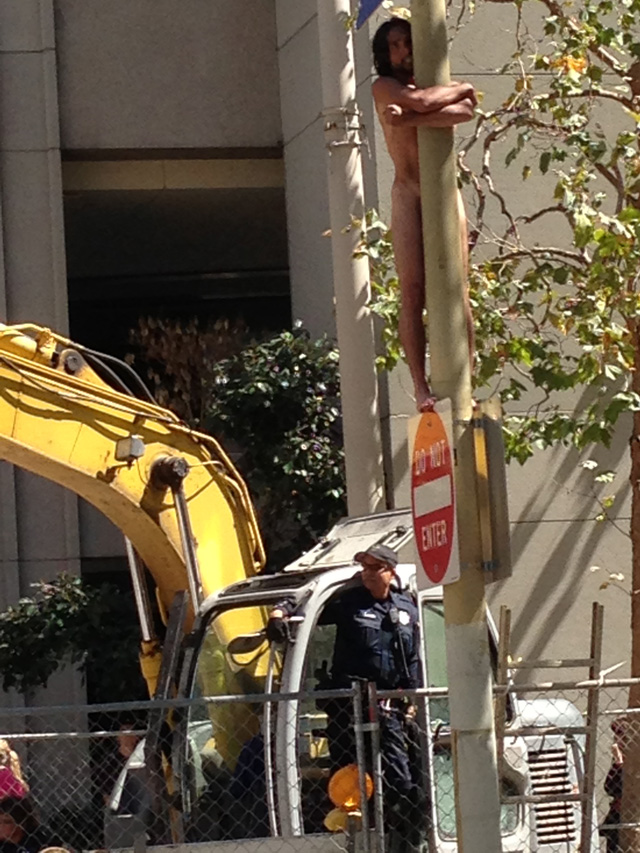 It's finally happening, Oaklanders. The long-awaited, two-decades-in-the-making MacArthur Transit Village, adjacent to the MacArthur BART station, is finally starting residential construction next week. The developer of the first, affordable phase of the construction

Last night we had the pleasure of checking out Cafe Claude's second location, this one in the Marina. The Marina? Yes, the Marina. And it fits perfectly, really. It's got a touch of