And now, in troll news: reports have swirled about the fate of the troll that took up residence on the bridge in 1989, and now SF Appeal has word that there's a new troll in town. The news came from Peter Lee, principal transportation engineer with the Metropolitan Transportation Commission, who slipped a hint at the totally fun-sounding Bay Area Toll Authority monthly meeting. “There is a troll on the new bridge,” he said cryptically.

If you are, as most people, not fully abreast with the Bay's troll news, you might not even be aware of the old troll, which was attached by ironworkers for good luck after the Loma Prieta earthquake. The 14-inch tall iron troll, created by artist and blacksmith Bill Roan, was not visible from atop the bridge and could only be seen by boat. But concerns about the old troll's fate were raised as the bridge span came down.

According to Bay Area Toll Authority spokesman John Goodwin, the old troll was carefully and humanely extricated and will find a home in a future transportation museum or outdoor area. The troll is currently at a "secure location," in case you were wondering.

Goodwin confirmed that the new troll has indeed been placed, saying that it might be somewhere on the new span or inside a steel section of the span. But a permanent location that fits the troll's criteria has yet to be found. According to Goodwin, trolls don’t like exposure to sunlight, so they're looking for a shaded location where the troll might be visible.

Rest assured, though: a troll is currently on duty protecting the bridge from evil. 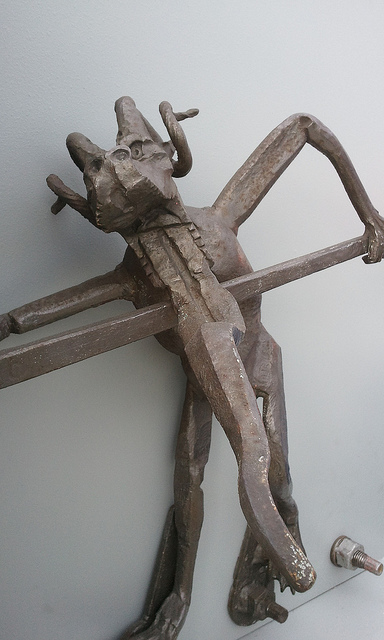 Although a dead medium, we here in the Bay Area appreciate each improvised beat and every nuanced "ski ba bop ba dop bop" even after all these years later. And perhaps you do

After what seems like years of talking and even more spent waiting for the 47-Van Ness, the San Francisco County Transit Authority and the Board of Supervisors finally cleared the way for Bus