Although a dead medium, we here in the Bay Area appreciate each improvised beat and every nuanced "ski ba bop ba dop bop" even after all these years later. And perhaps you do too! Here now are our favorite places to catch some choice jazz in the Bay Area, smooth or otherwise.

The Boom Boom Room
Less of a piano bar and more of a divey juke joint, the Boom Boom Room is a tried and true blues club that rounds out its calendar with funk, soul and a little bit of country now and then. The tiny space at Fillmore and Geary once carried John Lee Hooker's name (although the noted bluesman was never actually an owner) and has hosted everyone from current local legends like Oscar Meyers to Elvis Costello. Dim, sweaty and exceedingly hip in a perfectly retro way.
1601 Fillmore (at Geary), S.F.; 415-673-8000

Comstock Saloon
It's not a jazz club, per se, but it is one of the cooler venues in town where you'll hear live jazz on the regular. This high-end cocktail establishment debuted in 2010 with polished, Barbary Coast-inspired decor and a cool little mezzanine overlooking the main room with an upright piano and room for a stand-up bass and a few other players. Tomorrow night (Thursday) you can hear the Barbary Jazz Quartet starting at 7:30 p.m., and they're best enjoyed with a well mixed Pisco Punch or a Cherry Bounce (bourbon, cherry brandy, lemon,
Angostura bitters, and Champagne).
155 Columbus Avenue (at Pacific), S.F.; 415-617-0071 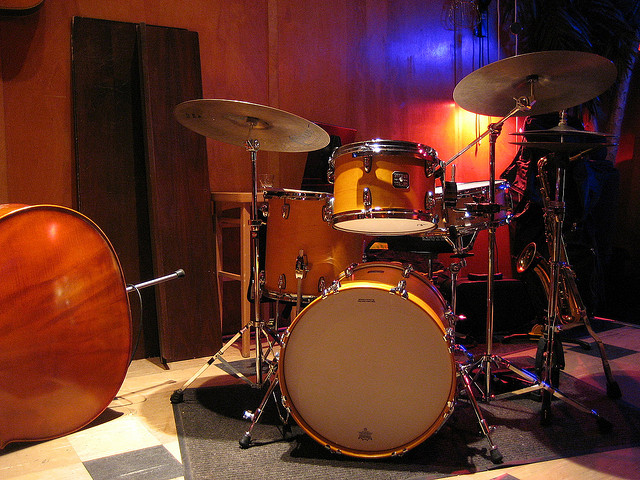 Club Deluxe
From the outside, this Haight Street spot looks more like a trashy lounge than a stellar jazz bar. But looks can be deceiving: Club Deluxe brings in local talent event night of the week (including comedy), serves up wood-fired pizza and slings solid cocktails. It's an intimate space that's great for dates, but don't tell too many people: locals like to keep this place on the DL.
1511 Haight (at Clayton), S.F.; 415-552-6949

Feinstein's at the Nikko
Sure, the (newly renovated) cabaret joint at Hotel Nikko hosts a slew of Broadway talent crooning songs from the American Songbook, but they also feature the occasional jazz talent sandwiched in between 11 o'clock-number nights. Check the calendar for the lineup.
222 Mason (at O'Farrell), S.F.; 415-394-1111 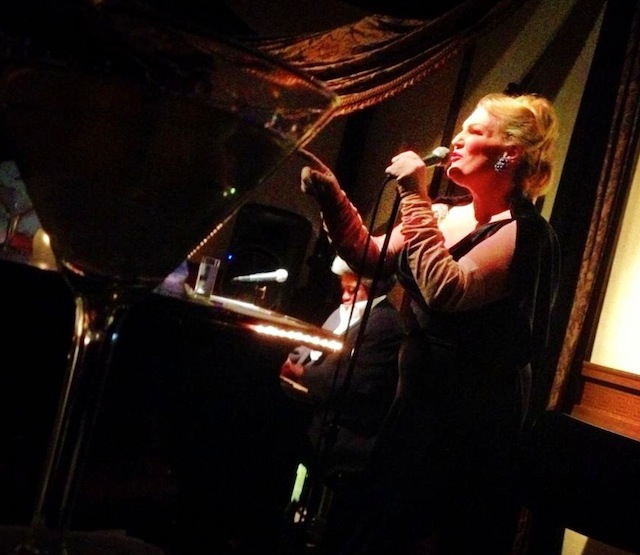 Martuni's
What can we say about the beloved piano bar called Martuni's that hasn't been said? It's an awesome, intimate place that feels like a throwback to a time of rotary phones and smoking indoors. It's a dimly lit piano bar and cabaret above all, with mostly semi-amateur performers lining up each night to sing a song or two with the accompanist, who'll occasionally belt one out himself. The music ranges from jazz standards to Broadway to Celine Dion, and the drinks are stiff. (Tip: Avoid the over-sweet "martini" menu and stick to the basics.) The audience isn't always too respectful depending on the night, but you'll always have a fine time and you'll probably meet a friendly tourist or two.
4 Valencia (at Market), S.F.; 415-241-0205

The Jazzschool
This Berkeley-based school devoted to the art and education of le jazz hot offers concerts for the noted jazz critic inside us all. Steve Heckman, Terrence Brewer & Noel Jewkes Quintet, Emily Day, Pamela Rose, and Calvin Keys are just a few of the names set to grace the stage here in the next few weeks.
2087 Addison (at Shattuck), Berkeley; 510-845-5373

SF Jazz Center
In their new Hayes Valley digs, the SF Jazz collective have built an unparalleled room for live music. With state of the art acoustics and an adjustable amphitheater that can accommodate up to 700, the SF Jazz Center may be a far cry from dive bars and beer-scented microphones, but the place is a temple to the genre and there's not a bad seat in the house.
201 Franklin (at Fell), S.F.; 866-920-5299

The Sound Room
This Oakland spot is home to Bay Area Jazz and Arts, a nonprofit dedicated to fostering music through educational programs and intimate performances. The Sound Room is all about the music: get up close and personal with musicians in their Friday and Saturday shows and enjoy the affordable pricing, drinks, art and snacks at this cozy jazz destination.
2147 Broadway (at 22nd), Oakland; 415-994-3501

Yoshi's
This venue is know more for Michelle Shocked anti-gay tirade, folks. They're actually famous around these parts for hosting a bevy of noted jazz and R&B musicians, with a live music lineup that's second to none. And with two locations (one in SF, the other in Oakland), you can't go wrong.
Yoshi's Oakland (510 Embarcadero West, Jack London Square), Oakland; 510-238-9200
Yoshi's San Francisco (1330 Fillmore), S.F., 415-655-5600

Savannah Jazz: Jazz in the Mission!

This thing is going around, and it's rather clever. It's either a man or a woman dressed as a Tim Burton-esque Queen of Hearts, with four doll dancer attached, doing an old-timey dance-puppetry

And now, in troll news: reports have swirled about the fate of the troll that took up residence on the bridge in 1989, and now SF Appeal has word that there's a new

—
Best Places To Hear Jazz In The Bay Area
Share this