Why isn't there a dance club strictly devoted to tap dancing? We'd hit that place every night until our toes fell off into a pool of blood. We'd own that scene. But until someone creates such a space, here are the actual top dance clubs in San Francisco.

Audio Discotech
Ha! A lot of people were gloriously butthurt after not being able to gain entry opening night, but this nascent nightclub might be worth the long lines. Started by a gaggle of natives looking to up the chic ante in the neighborhood, this tiny club, described as being "reminiscent of a ’70s Cadillac," features a high-end sound system (designed by Funktion-One) with over 1,200 square feet of acoustic paneling and a pretty rad 45-foot wall dotted with over 1,000 LED lights. Sure, they're not going to play pretentious indie-rock pop song B-side; that's not why you come here. You come to see, be seen, and, hey, check out that cool circular thing above the decks!
316 - 11th Street (at Folsom) 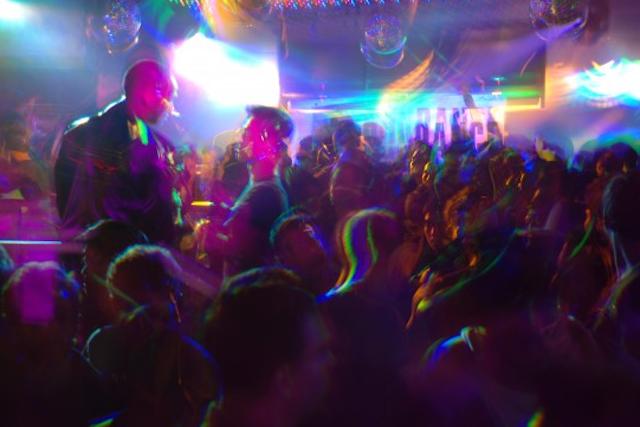 The Cafe
Step back in time and check out the place to go in the Castro for LGBT tourists, bridge-and-tunnel ilk, and locals. The drinks are impossibly strong, the scene is prime for a hookup. (Also popular at the Cafe? Drag performances by RuPaul's Drag Race stars.)
2369 Market (at 17th Street)

Cafe Cocomo
Don't be intimidated by the twirly pros at this salsa club: with tons of lessons and a non-judgemental crowd, Cafe Cocomo appeals to everyone who wants to get their partner-dance on. There's plenty of space and energetic live music that will get your blood pumping, and whether you're a seasoned dancer or a clueless amateur, you'll have a good time. (And especially if you're a lady, you'll have no trouble finding partners willing to teach you new moves).
650 Indiana (at 18th Street) 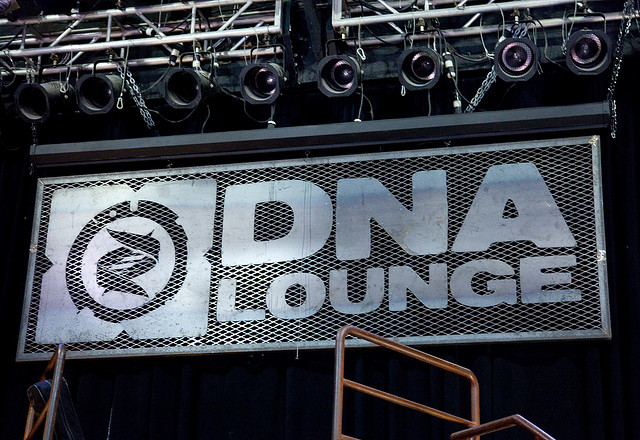 DNA Lounge
On any given night, this Eleventh Street all-ages club's genetic makeup might morph from a sweaty DJ night to underground music venue to burlesque revue to drag stage. It's that sort of diverse lineup, bolstered by 24-hour pizza next door and unannounced shows from big names like Prince and Metallica that has made the club a SoMa staple for going on 30 years.
375 - 11th Street (at Harrison) 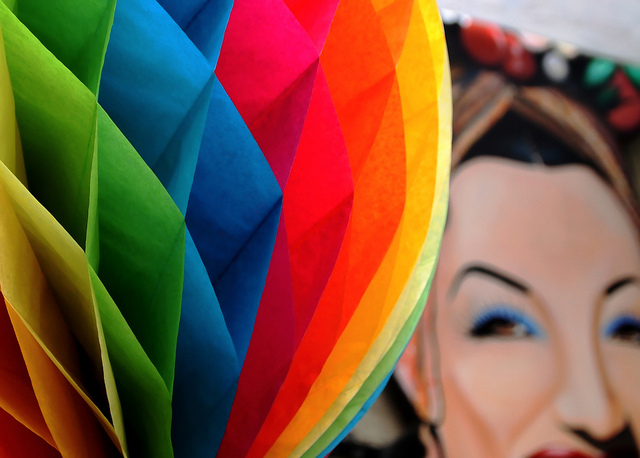 El Rio
There are many reasons to lace up your dancing shoes and head to El Rio. But the best reason, if we may, would be DJ Carnita and DJ Brown Amy's Hard French, a daytime soul music party that sets out to "modernize, takeover, revamp, trick out, revive, and do up the outdoor afternoon dance party experience."
3158 Mission St (at Cesar Chavez) 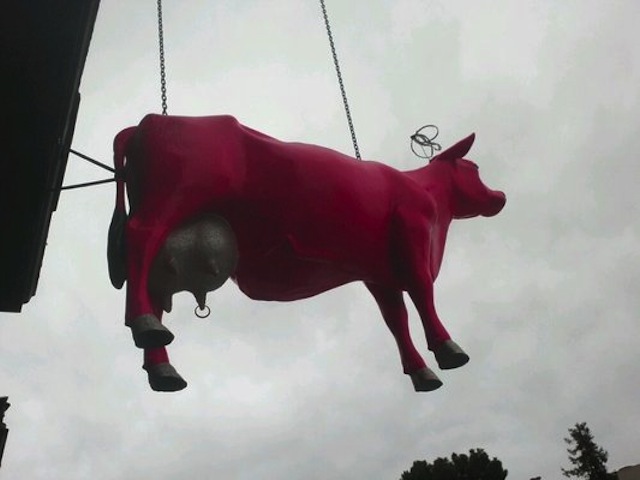 Holy Cow
This is a great place in which to get fucked up. Also, lots of private bathroom stalls. Draw your own conclusions. While the Folsom Street joint is good for a night of top-40, hip-hop, and party music, its real draw is, of course, Honey Soundsystem who specializes in the country's best Hard NRG. Know Honey Soundsystem, know God; no Honey Soundsystem, no God. Got it? Good. (They can also be heard at other venues, like Public Works, Beatbox, and more.)
1535 Folsom (at Norfolk) 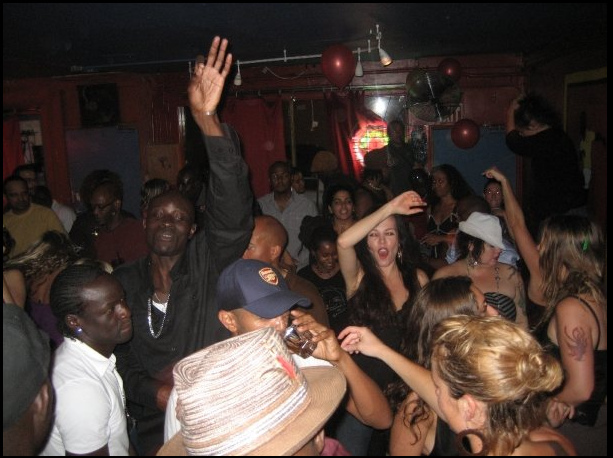 Little Baobab
Senegalese restaurant by day, dance spot by night, Little Baobab feels less like a dance club than an impromptu party with a friendly, casual crowd. You don't have to dress up to grind to the reggaeton, Latin and world beats, but you do have to try Baobab's signature hibiscus and ginger drinks.
3388 19th Street (at Mission) 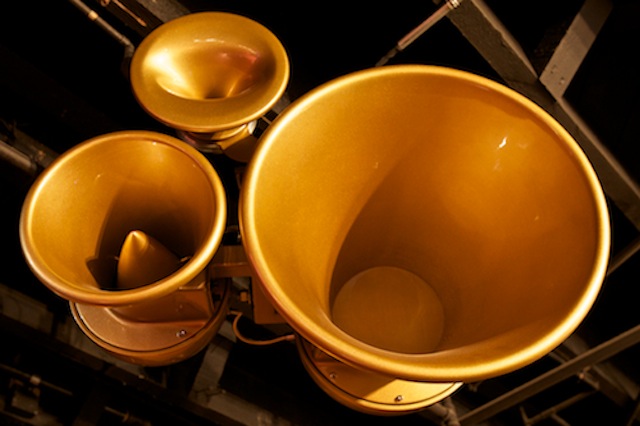 Monarch
The space at the corner of 6th and Mission has been a lot of things in the last ten years, but we dare say that 2-year-old Monarch has been killing it in a way that none of those other concepts came close to doing. The upstairs bar and lounge are cool and the drinks are decent enough, but the key is the basement dancefloor with its insanely good Void Acoustics sound system and underground vibe. It's everything that an urban club should be, and so long as the crowd isn't too bridge-and-tunnelly or douchey, it's one of the best places to dance in the city.
101 Sixth Street (at Mission) 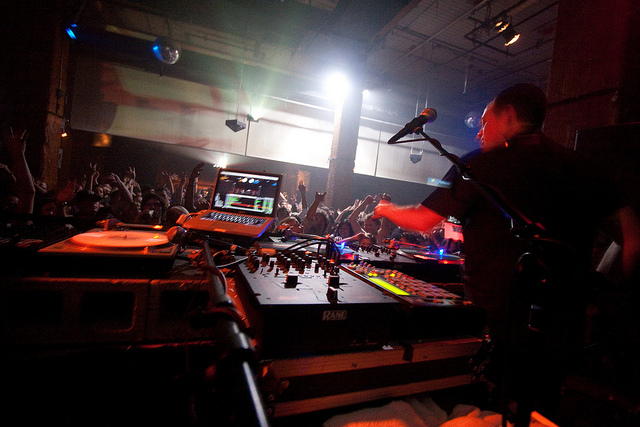 Mighty
A popular, albeit hidden, nightclub under the freeway where SOMA, the Mission and Potrero Hill meet. Plenty of House music nights as well as noted Burning Man DJs spin here.
119 Utah (at 15th Street)

Q Bar
The tourists and tacky gays can have Badlands and its newer sister across the street, Toad Hall, but we'll take Q Bar when it comes to dancing in the Castro. Wednesdays has been for Booty Call for the last six years, hosted by Juanita More and Joshua J, but lately there have been some other cool things cropping up on the weekends too, like Homo Erectus on the first Saturday of every month, and the electro-themed Hard Fridays. Again, like Monarch, depending on the DJ and how the crowd shakes out, it's the one of the only spaces in the city that can feel like a crowded, sweaty night in a Manhattan club with music that's current without being too radio-friendly.
456 Castro (at 18th Street) 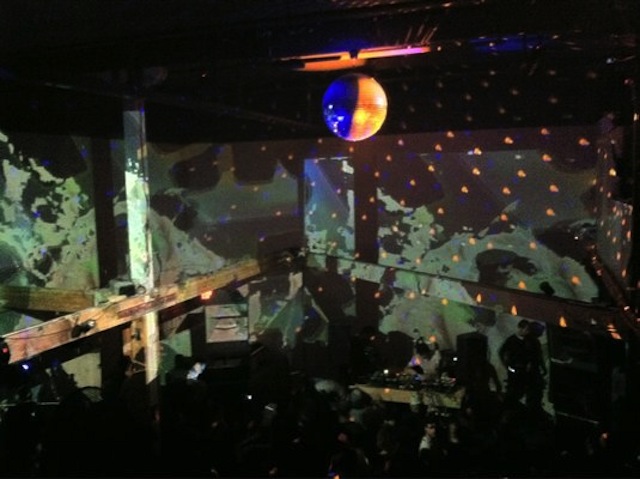 Public Works
When this place opened over two years ago, it was a breath of fresh air in bringing a warehouse-y, cool club vibe back to the S.F. scene after about a decade of club closings and failures. We dig the raw wood aesthetic around the bar, and the sound system, and for bigger events the upstairs offers two alternative hangouts to the main floor, including a cool and cozy dancefloor with its own bar at the front of the building. Also, there's ample outdoor space with no nearby neighbors to worry about if you need to hoot and holler while you smoke, and there's an art gallery space too.
161 Erie Street (at Mission)

It's sort of like a female Jackass, right? Added bonus: Check out this genius 12-year-old girl who employs the humor of discomfort to make brilliant Vines. [CodyTupper/Twitter via Gawker] Previously: Will Sasso,