After yesterday's announcement that MTV's The Real World would be returning to San Francisco for its 29th (and possibly final) season, our initial reaction was, "Where will they be living so we can gawk at the renovations?" Followed shortly by, "How can I avoid that neighborhood at all costs?" Today, after a little bit of digging, we learn the cast of the next Real World: San Francisco will most likely be proud residents of 1244 Sutter Street, a two-story party pad within stumbling distance of Polk Street in Nob Hill.

The space between Polk Street and the Regency Center on Van Ness, built in 1911, was once home to the Avalon Ballroom, a Bill Graham-affiliated venue frequented by a number of music legends in the late sixties. Janis Joplin, the Grateful Dead and the Doors all had headlining sets at the spot during its heyday.

Sometime over the next few months, however, the building's 21,900 square feet of space across two floors (plus a mezzanine and another 10,000 square feet of ground floor offices), will be done over with the sort of hip updates and product placement opportunities that MTV tends to throw into the renovated spaces for their eager young cast members. 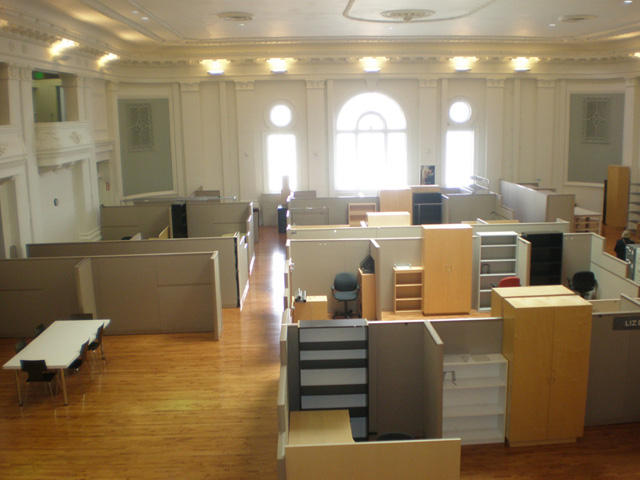 Although the space was most recently used as an office, savvy internet folks first pointed to 1244 Sutter Street as the home of season 29. Public records show the owner of the building signed paperwork in late July allowing for renovations and one building permit hints at the construction of a new kitchen and showers, while another points to temporary partitions for a production office. A complaint lodged with the Department of Building Inspections also shows crews were running wires to install cameras.

Producers for The Real World have been searching for season 29 cast members since earlier this year, but there's no official cast announcement at this point. In some of the show's later yearss, however, the cast and crew have been heckled by local residents who didn't exactly appreciate fameseeking reality TV stars filming in their neighborhood bars. In season 11, the Chicago house was hit with protests and vandalism by local activists and anarchists who saw MTV and parent company Viacom contributing to the gentrification of the neighborhood. That, at least, is a good argument for not putting the cast members up in a swanky spot on Dolores Park.

(As a footnote: Season 3's house on Lombard street burned down in 2000 and was later completely rebuilt.)

That's right, we're keeping it in SoMa again. You can go to Hi Tops on Saturday. Way back before Bjork b-sides and Detroit trance disco acid tribal house whatever, the odiferous altera queers

—
Is This Polk Street Pad The Next 'Real World' House?
Share this