To help celebrate the opening of the new Levi's® Store on Market Street, filled with nods to its hometown of San Francisco and its unique inhabitants, we're rolling out a series of posts featuring some notable SF residents who don't just think differently, they move differently—always with purpose. Check out each contributor's favorites in their community, some of them destinations in Levi's® own SF destination guide to sustainability, equality, and activism. And don't forget to add the Levi's® Store on Market Street to your list! 815 Market Street, San Francisco, CA. 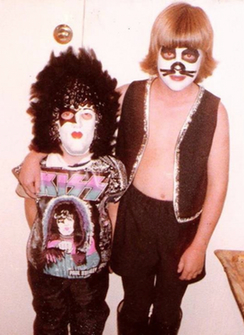 Born and raised in a light and breezy beach town equidistant from Los Angeles and San Diego, Brock Keeling has lived in San Francisco for 15 years during which he resided in eight different city neighborhoods.

Before that, he spent a blurry period of his life in Santa Cruz, CA at UCSC.

He has contributed to SF Weekly, been interviewed by The New York Times, won numerous awards for his work, and maintains an unyielding hatred for walnuts.

Keeling was named the site's editor-in-chief in July 2007.

You can find his ramblings here and on Twitter but first, here's Brock's ideal San Francisco, told in his own words.

(By Angela Zimmerman) Grateful Dead fan or not, it's impossible to deny the impact of Jerry Garcia, especially living here in the Bay Area. Had he survived the health and addiction issues that