Now that burritos, the cupcakes of savory, are D.O.A., it is time to refocus our attention to what makes San Francisco taquerias better than SoCal ones. We are, of course, talking tacos. And the city has the best, period. Here are a few of our favorites. (We're sure you'll let us know yours.)

EL GARAJE
Newbie El Garaje opened up earlier in 2013, a block away from much-lauded HRD Coffee Shop, and it's proven a success with both techies at lunch and baseball fans pouring down Third Street to AT&T Park. Our favorite taco is the "Como Se Llama?" Basically, it's a fancy version of a Taco Bell Double Decker. Catch this: a crisp corn taco shell wrapped with a cheesy flour tort spread, the inside filled with refritos, pico, guac, and chicken or steak. Get in on it, folks.
475 Third Street (at Stillman)

EL GALLO GIRO
Arguably, this truck serves the best al pastor in town, but people go back for their tomato-braised chicharrones tacos, and their lengua too. As trucks go, this may be the best thing you're going to find west of International Boulevard.
Truck at 23rd and Treat

EL NORTENO
Definitely the best tacos you'll find in SoMa come from this truck, always found across from the courthouse. We love their carnitas and goat, but their al pastor or carne asada will do in a pinch, and they serve some of the best, freshest salsa verde you'll find anywhere.
Truck on Bryant between 6th and 7th 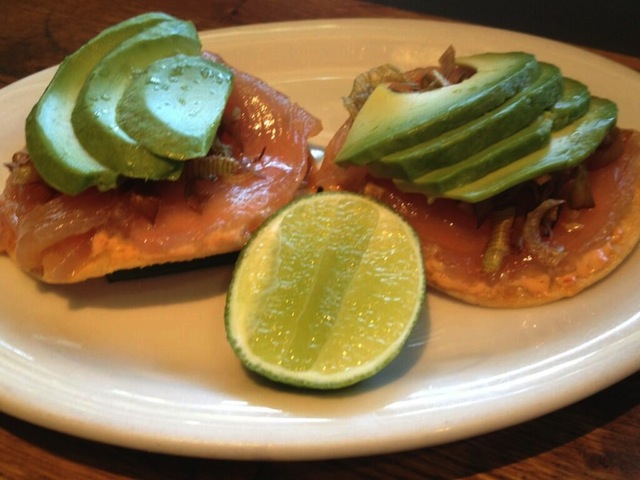 TACOLICIOUS
Though controversial, neighborhood newbies and locals alike couldn't get enough of Tacolicious when it first landed in the Mission. Understandably so. It's rather delicious. The local chain also chronically appears on every food site with alarming alacrity. What sets this taco oasis apart from other joints in the area is the sit-down, high-end, "cocktail-driven" surroundings. The local chain just opened its fourth S.F. location, in North Beach.
741 Valencia
1 Ferry Building
2031 Chestnut
1548 Stockton

LA TAQUERIA
The quintessential Mission taco can be had at this place, and unlike some of its truck-based counterparts, one taco here is a meal in itself. They come stuffed with pinto beans, cheese, and plenty of meat, wrapped cone-style in a hefty tortilla. And even though the meat is salty and nothing to write home about -- we'd stick to the basics of carne or pollo asada here -- the whole combination is pretty addictive. And just what the doctor ordered after a half dozen beers at Clooney's.
2889 Mission (at 24 Street)

TAQUERIA SAN FRANCISCO
If you're a fan of carnitas, look no further than this place. It's tender, chunky, well seasoned, totally sublime, and at $2 we're ready to call this place the poor man's Nopalito, at least where the carnitas is concerned.
2794 24th Street (at York)

TAQUERIA VALLARTA
You're going to walk in this place, if it's your first time, and you're probably going want to walk out. It's badly lit, kind of dingy (they had a totally disgusting pigeon issue in the rafters a couple years back), and there's a weird stand up front where all they serve are tacos, with a do-it-yourself salsa bar in front. But damnit if the meat selection here isn't top-notch, subtly seasoned, and awesome. This is where you want to get adventurous and try some trippa (tripe), or lengua (tongue), and their pastor and beef are solid if you're playing it safe. Added bonus: all the tacos here are $1.50.
3033 24th Street (at Balmy) 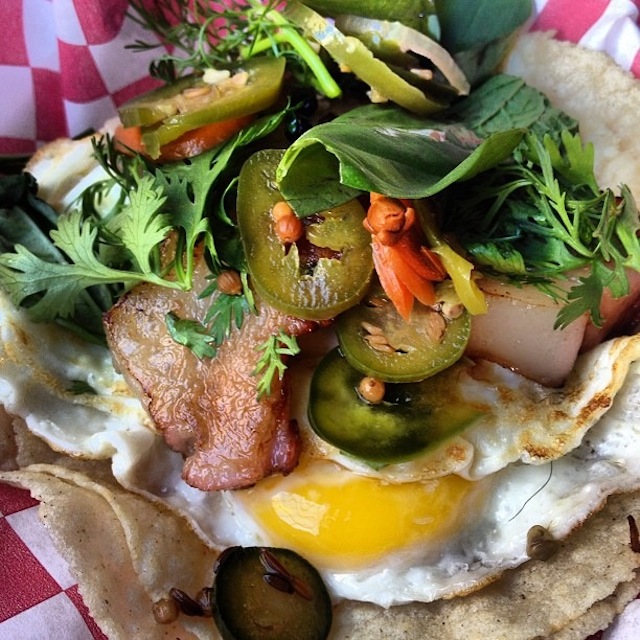 EL FAROLITO
Farolito is a dive among dives where the tortillas are piled high with meat and very little nonsonse. The old standby carnitas tacos are a great place to start here, but El Farolito is a great place to break out into some of the more adventures taco options. Round out your taco trio with two gringo-friendly options and a third topped with something you've always wanted to try, but have been too drunk/hungover/terrified to order, like the tender lengua or the rich sesos.
2779 Mission (at 24th Street)

EL TONAYENSE
Dining on a sidewalk curb just outside the parking lot of a Best Buy might be pretty far from most local foodies' idea of a divine meal, but the crowd permanently gathered at El Tonayense's truck in this semi-industrial no-mans-land of a neighborhood lets you know something must be good. Stop in once for carnitas or carne asada tacos after you pick up that weird A/V cable you needed and the next thing you know, you'll be mindlessly stopping in for a bite any time you pass a member of the Tonayense fleet.
Truck at Harrison and 14th Street 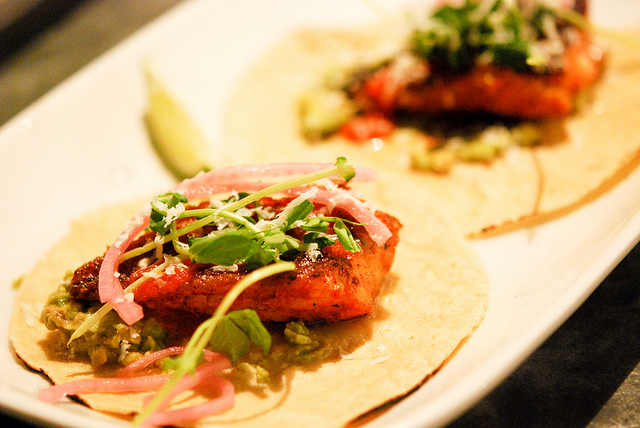 BAR CRUDO
Although it's not a Mexican or even meaty joint in the least, Crudo raises the bar for fish tacos with their hearty fillets of local rock cod, seared to a salty, delicate crisp and served on top a pillow of house guacamole. The whole thing is topped off with fresh greens, pickled onions and a dusting of queso fresco. At $10 for a plate of two, they're not the cheapest tacos on the list, but they won't leave you searching for more tortilla chips either.
655 Divisadero (at Grove)

NICK'S CRISPY TACOS / TACKO / TACO SHOP AT UNDERDOGS
While Nice Fasanella (he of the taco that is crispy) is no longer associated with Nick's Crispy Tacos, the tacos at all three spots remain more or less the same, and slathered with guac if you ask for "Nick's Way." They are delicious tacos that, upon tasting and reviewing Tacko, Jonathan Kauffman called "the WASPiest taco shop in town." Use that info however you will.
1500 Broadway; 3115 Fillmore Street; 1824 Irving

How much lower can our beloved San Francisco Giants sink? Much lower, it seems. In addition to a tailspin of a season, Giants pitcher Chad Gaudin (a ginger!) was charged with lewdness after

Noted 49ers quarterback and Internet meme Colin Kaepernick is back in the news this offseason thanks to ESPN: The Magazine's annual "Body Issue." Kaepernick is one of five obscenely toned people to grace

—
Where To Find The Best Tacos In San Francisco
Share this