At around 6:30 today, a Muni bus crashed into a car at Masonic and Fell. An SFist reader, who has asked to remain anonymous, sent us these photos and the following description of the scene:

Major bus accident occured at about 6:20pm in the Panhandle. Suggest everyone avoid the intersection of Fell & Masonic for awhile. Dozens of fire trucks, police cars, ambulances, etc. are clogging up the streets. A black [Volkswagen] tried to cut in front of the bus, and instead got caught under the front of the bus. The bus traveled the rest of the block with the car wedged under it, until it lost control and crashed into the Panhandle. Luckily no one was walking on the path at the time the bus came to a stop. As of 6:35pm, the bus driver was lying on the ground and an ambulance was on the way. Though it's hard to see in the photos, there was also a bike being stored on the front of the bus. That poor bike is obviously now a mangled mess.

At least one person was injured and transported to a nearby hospital. We'll update as soon as we know more. More pics below. 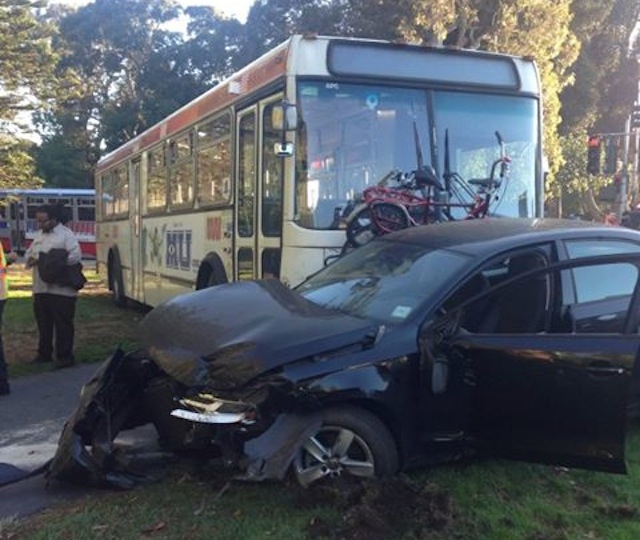 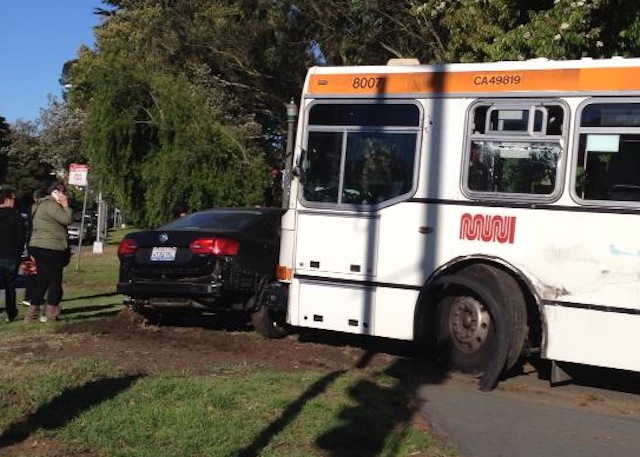 Over at Sixth and Natoma streets around 10 p.m. Thursday, an unidentified man was shot twice. "The victim sustained two gunshot wounds and was in stable condition when he was transported to