Thursday morning at Facebook's headquarters in Menlo Park, Mark Zuckerberg gathered members of the press to finally break the seal on a long-rumored Facebook phone. More accurately: Zuckerberg and company unveiled Facebook Home — a suite of apps for Android phones designed to give your device a facelift and shift the focus from task-based apps to people and contacts.

At first glance, Facebook Home puts your News Feed on your homescreen. Letting you flip through Instagram photos and friends' status updates instead of say, a large clock or a snippet of an email. According to ComScore market research, we spend about 24% of our time on our smartphones checking Facebook. Add in Instagram and more than a quarter of the time we kill flicking through our phones is spent in a Zuckerberg-owned social app. (And that doesn't even include the countless other apps that are tied to Facebook.) In other words: you're probably spending way too much time checking Facebook, and Facebook would like you to spend more. 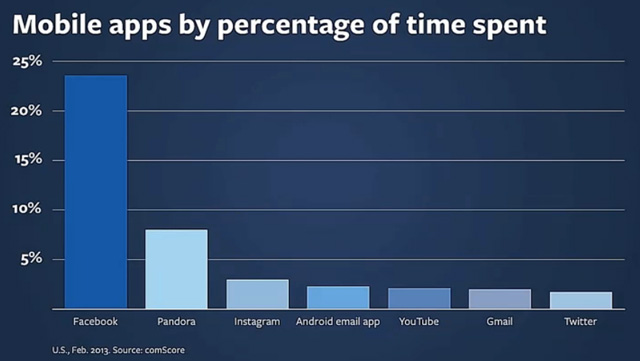 Facebook Home also replaces messages and texts with the awkwardly named Chat Heads — essentially talk bubbles with your friend's Facebook profile photo that hover over your current app and expand into chat windows until you collapse or dismiss them. It's the most interesting feature of Home at the moment and despite the clunky name, it is already making the default text message app on iOS look a little long in the tooth. 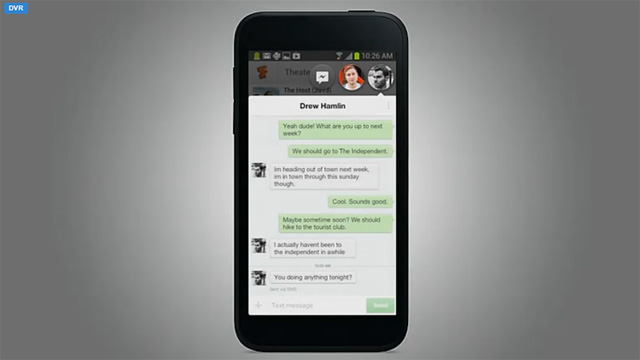 If you have recent Android hardward, Home will be available for download next week through the Google Play store, with monthly updates and new features to follow. Likewise, a tablet version will come along in a few months. As Zuckerberg told the crowd, the company is really excited to get this out there so everyone can share, "the joy you feel when your friend's face pops up."

Naturally, there's a commercial, although it's not nearly as hilarious as the one Zuckerberg showed during the press event featuring drag queens and kid with chocolate cake all over his face:

While Home is essentially a software update for Android, several carriers and manufacturers have signed on to build Home-optimized phones. In the U.S. right now, that takes the form of the HTC First on AT&T. It goes on sale next week, April 12th for $99 on contract.

Jeremy Irons revealed something shocking last night during an interview with HuffPo Live. Namely, that some thespians, no matter how acclaimed, shouldn't think and speak at the same time. More to the point,

After 16 years spent adorning the exterior walls of SoMa's old Hugo Hotel at Sixth and Howard streets, a planning commission is deciding the fate of the "falling furniture" art installation, along with