Baghdad by the Bay has seen its fair share of restaurants tank with alarming speed and frequency. But some joints manage to stay at the top. They are as representative of San Francisco as the Golden Gate Bridge, Sutro Tower, and wackadoo politics. And now, here are our picks for the city's best classic restaurants.

ACQUERELLO
Sure, this place has its fair share of awards (a Michelin star in 2007, 2008, 2009, 2010, 2011 and 2012), but it's a very San Francisco place to go for top-notch service of the highest order. The classic Parmesan budino (described by Michael Bauer as the finest, most exquisite custard, surrounded by tiny greens and topped with black truffle caviar) is also a must ... as is a fat wallet. Acquerello also boasts a wonderful cheese cart. (Every restaurant should be required to have a cheese cart, really. Even Burger King.)
1722 Sacramento (at Polk) 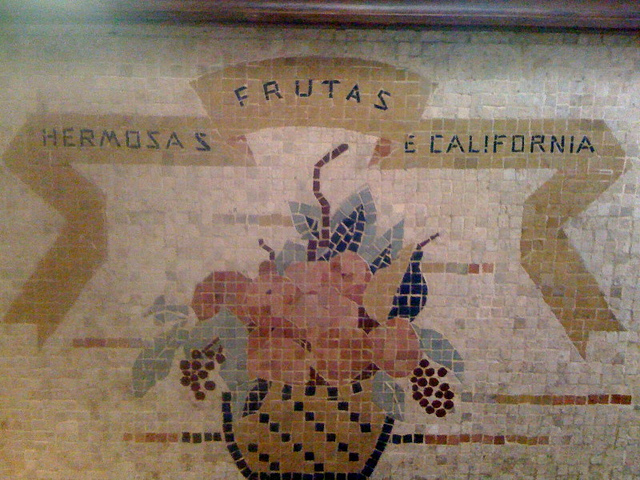 BEACH CHALET
This classic standby is great for entertaining out-of-towners, but it's actually got a lot of local charm, too. Their food and service is just average, but they've been making their own chalet beer since before craft brews were a twinkle in your eye, and the sweeping view of Ocean Beach, usually shrouded in fog, makes you want to cozy up with a creamy entree and one, or five, drinks. The best parts are the charming downstairs frescoes and mosaics created by artists commissioned by the WPA during the Great Depression, so you can enjoy some bonafide SF history while waiting in line for the bathroom.
1000 Great Hwy (at Ocean Beach) 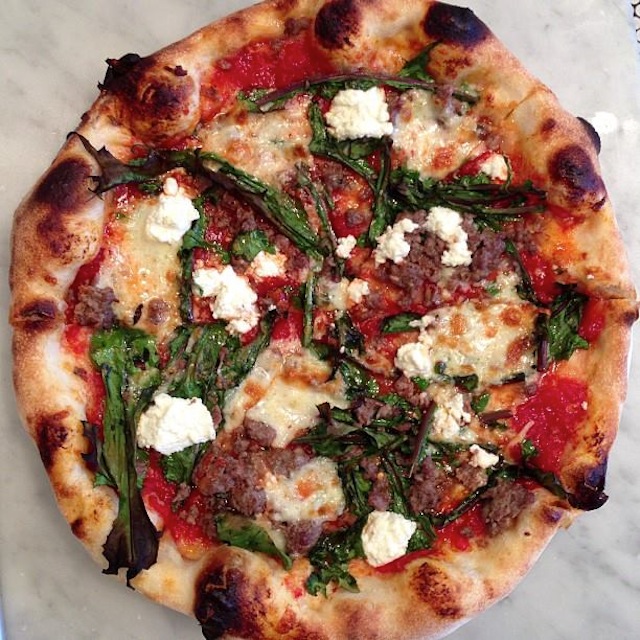 The scene outside of Delfina. (photo: m. thorn)

DELFINA
Opened way back in the heady, pre-Facebook days of the late '90s, Delfina has become not only an anchor of the 18th Street gourmet ghetto, but also one of the most respected and consistently wonderful Italian restaurants in the country. They've spun off a pizzeria, and the Rome-focused Locanda, but Delfina remains the glowing flagship, and still a tough reservation to get, fifteen years in (we recommend trying to walk in as a two-top, or snagging a seat at the bar on a weeknight). You seriously can't go wrong with anything on the menu, and every house-made pasta is perfect and beautifully presented, but don't miss their vegetable contorni, the excellent roast chicken, or the grilled Monterey Bay calamari.
3621 - 18th Street (at Guerrero) 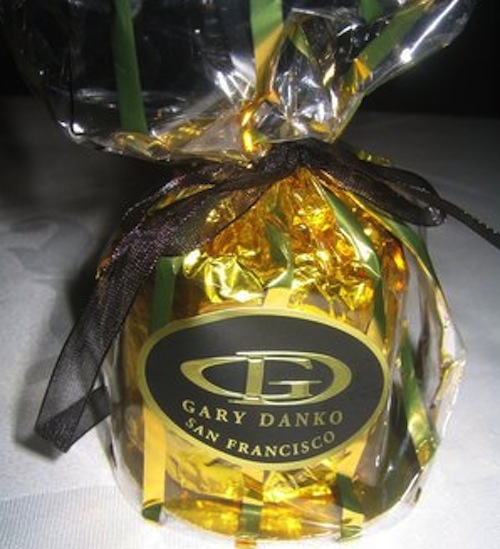 GARY DANKO
Awards galore, sublime service, a name that echoes five-star ratings, a killer menu. Yeah, yeah. For us, it's all about the little muffins they give you at the end of the meal, wrapped in gold foil and emblazoned with a Gary Danko sticker.
800 North Point (at Hyde) 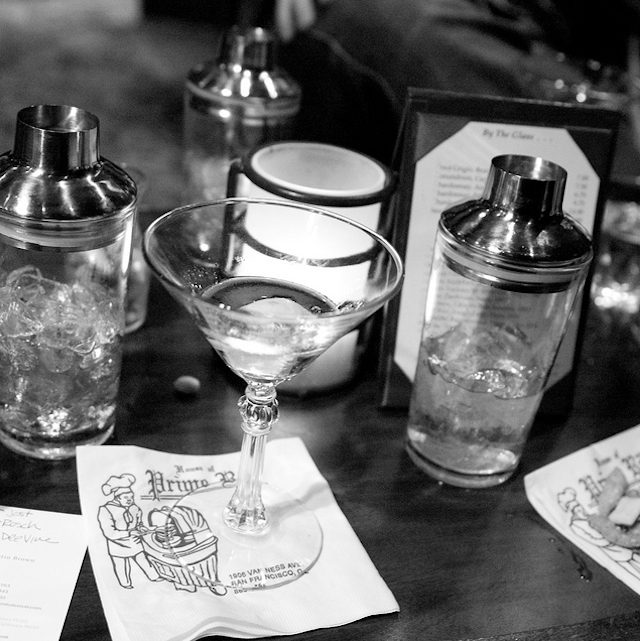 HOUSE OF PRIME RIB
Nowhere in San Francisco can you slink into a booth, order a dry martini, and slip back in time so completely as you can at House of Prime. Despite its old-school simplicity and MSG-laden salad dressing (quite good, we should say), this place lands on Michael Bauer's Top 100 year after year. Put away your cell phone, order one of several cuts of awesomely tender prime rib (there is almost nothing else on the menu), talk about a Bogart flick, and pretend it's 1949. Because in this restaurant, it pretty much still is.
1906 Van Ness (at Jackson) 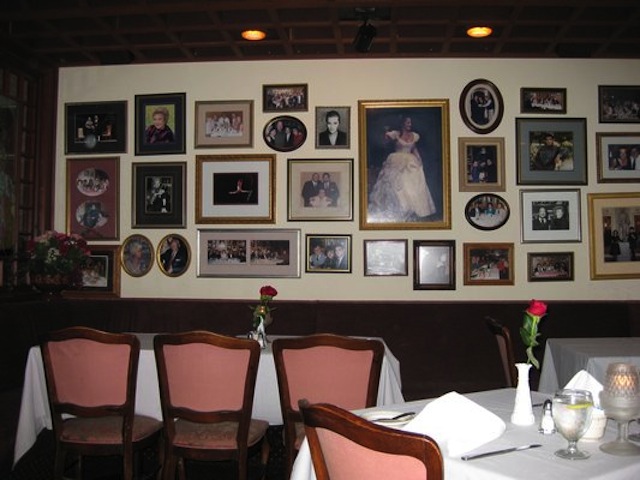 The decor and charm inside La Traviata. (photo: Roman T./Yelp)

LA TRAVIATA
Eating at this old-school Italian restaurant is like visiting Olive Garden's grandmother -- you know, the nonna that actually came direct rom Italy. When you're here, you actually feel like family, and you eat like it too. A cozy, romantic ambiance, opera music and basket of warm bread set the stage for Italian comfort food classics like tortellini, lasagne and pasta di mare. Order a bottle of wine, get comfortable, and save room for the tiramisu and panna cotta.
2854 Mission Street (at 24th Street) 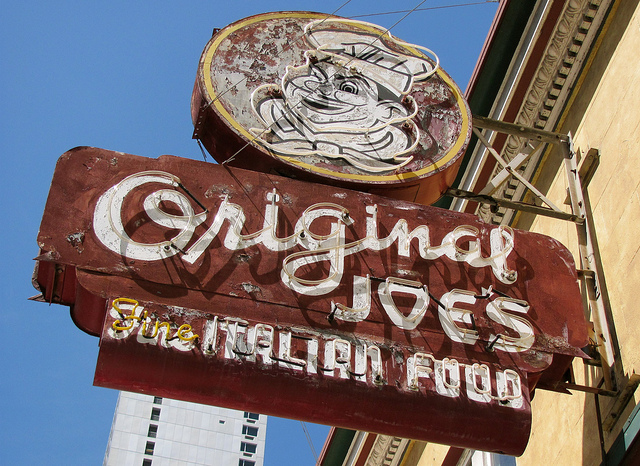 ORIGINAL JOE'S
While Joe's new space on Washington Square may not have quite as many years behind it as the iconic lunch counter that eventually spawned a nation of red-leather imitators, the restaurant still pulses with an old-school vibe that never feels like it's trying too hard. Here you'll find beat cops ending their shifts with plates of Italian-American comfort food, steaks cut to Kennedy-administration portions and retired civic leaders putting back one too many $6 Manhattans.
601 Union (at Stockton) 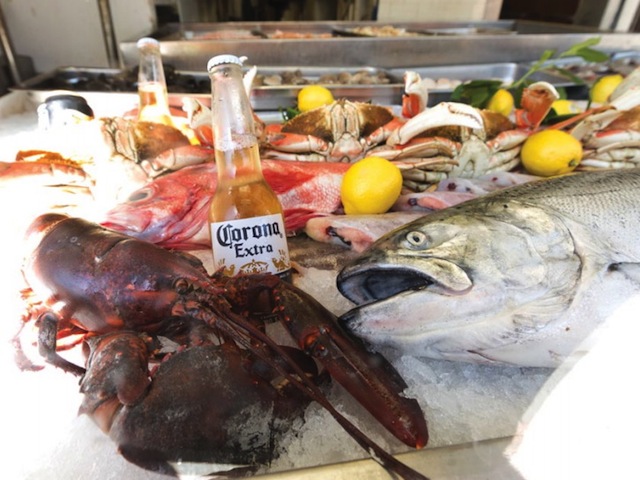 Swan Oyster Depot was also deemed "the Best Place in to Eat in America" by Lucky Peach. (photo: Drew Altizer for Lucky Peach)

SWAN OYSTER DEPOT
The original restaurant with lines coming out the door, this place offers some of the freshest seafood in the country: Dungeness crab, oysters, clam chowder, seafood "cocktails." Simple and clean, the century-old spot is also a staple of Polk Street and a huge hit with locals and tourists alike. Expect kitsch, charm, hospitality, and a full belly when you leave.
1517 Polk (at California) 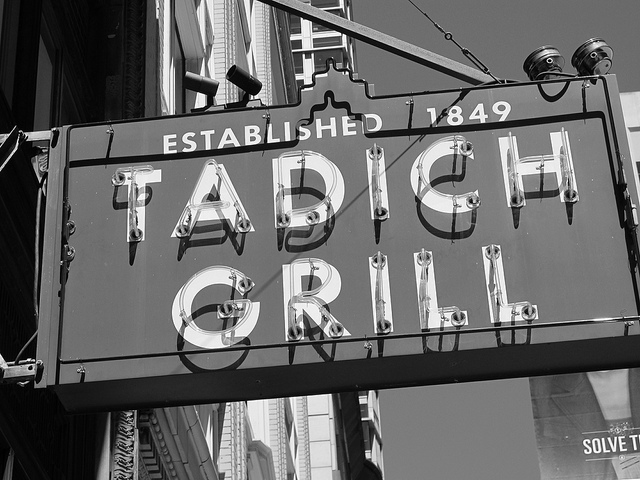 Even the sign outside Tadich Grill is a local treasure. (photo: Demetrios Lyras)

TADICH GRILL
Steeped in heritage, Tadich Grill has been serving folks in downtown San Francisco for over 160 years. The average Tadich Grill server has been a professional server for over 33 years and with Tadich Grill an average of 16 years. And the average bartender has been a professional bartender for over 30 years and with Tadich Grill for over 17 years. (No ink sleeves or snotty attitudes about vodka-based drinks here!) The menu is delightfully old-school and the best place to sit here is, of course, at the counter. Really, you aren't a true San Franciscan until you've been here at least once. (That goes for you, too, assholes in the Mission.)
240 California (at Battery)

ZUNI CAFÉ
Zuni Café opened in 1979 and served simple and authentic Mexican food to locals. After Judy Rodgers took over the kitchen in 1989, her roast chicken and bread salad became not only a classic but an iconic dish; one that, once revealed to the world, sent home cooks' ovens up to ungodly temperatures. Ever since, the Market Street staple has been the go-to place for novice foodies visiting the city.

Inside the Beach Chalet. (photo: suldrew)

The controversial entertainment permit for the America's Cup one-season-only music venue on the Embarcadero was unanimously approved by the Entertainment Commission yesterday, meaning the Jonas Brothers, Sting and SFist house band/wine label

The San Francisco Giants won last night's game against the Dodgers, 3-0. Andres Torres, right, and Pablo Sandoval celebrate by jumping in the air. Naturally. The Giants take on the Dodgers again tonight

—
The 10 Best Classic Restaurants In San Francisco
Share this