Reader Jayn Pettingill brings us another great piece this week about her Great Aunt Maye and Maye's husband Tony Lazzeri, a major league baseball player — most notably of the New York Yankees. Both Maye and Tony were San Francisco natives who grew up in the Sunset and Cow Hollow respectively. Be sure to check out Jayn's story from last week! We hope there are many more to come.

This is a baseball story, a love story and simply a story about my great aunt, a woman I met when I was young. She told me of promenades in South Park on Sundays, "where all the young ladies went to show off their hats." She read tea leaves, had a serious talk radio habit and believed that the dearly departed were watching over us. My great aunt was born in the City in 1907 and passed away in 1994; Maye was one of the toughest ladies, and yet one of the most elegant, I have ever met. For me, she epitomized the ideal San Francisco woman.

My love of baseball came through my great aunt and my grandfather. He regularly wore the tools of ignorance for a semi-pro baseball club in San Francisco — the Golden Gate Natives. He was a red-haired Irishman seemingly born to the job of catching: short, strong armed and ready to brawl. With his red hair and fiery temperament, his nickname of "Red," probably wasn't too hard to think up. He had married my great aunt's sister and eventually introduced Maye to her future husband, a young infielder on his team named Tony Lazzeri. 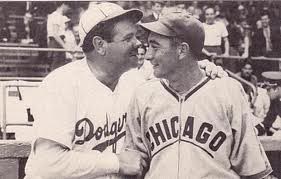 Tony's skills and talent as a player went beyond the team he was on and he was soon drafted to a Pacific Coast League, the Salt Lake City Bees. By then he and Maye had met and upon his return to the City, he asked her to marry him. She was 17 and his next minor league assignment was to be in Peoria, Illinois. It was 1923 and he had no idea what his future would hold. He told my great aunt that he wouldn't play baseball anymore if she didn't marry him and go with him. That, she told me, is how she knew that he loved her.

The Irish and the Italians in San Francisco have a long history of sharing neighborhoods side by side. Sometimes things were not as friendly as one would think: in reality there was some friction. Maye explained that Tony's mother did not like her at first. She wasn't Italian to begin with and, just as importantly, she couldn't cook. It took learning how to cook from Tony's mother that earned her a degree of respect. Out on the field, Tony was having to prove himself as an Italian that could play baseball. He excelled, batting .355 and hitting 60 home runs in the Pacific Coast League. His stats provided ample evidence of his talent. He and Maye made the move east. Signing with the Yankees for a sum of $5,000 in 1926 he became the first Italian-American to play professional ball in New York. 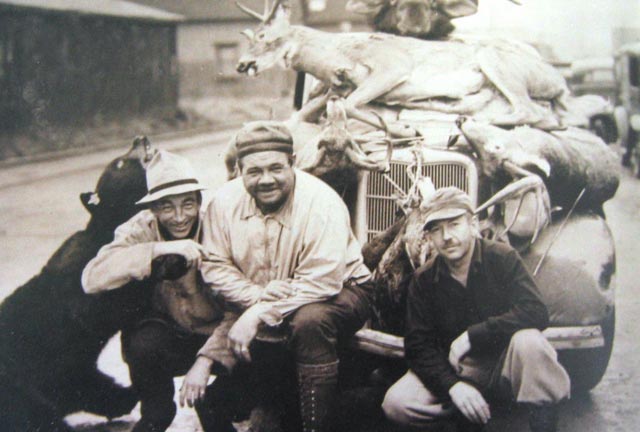 This was on a hunting trip Tony took with Ruth back in the day — might be offensive to non-carnivores though!
Maye told me the thing she missed most about San Francisco were its sunsets and the sourdough. In the off season, they would return to the west, gathering many of the Yankee ball players at their house in the Marina. Tony would stuff as many Murderer's Row guys as he could into their new Cadillac, put it in a low gear and off they would go, trying to see how many hills they could get up, or not.

In 1946, Maye was widowed. Maye never remarried and always spoke of Tony with great love and affection. Visiting her when I was in college, she would tell me that she had seen Tony in a part of her house, telling her that he was waiting for her. She died not too long after, a long life lived in extraordinary times.

Tell us whatcha got: [email protected]!

Babe Ruth and Tony Lazzeri; at the end of their careers Ruth was on the Brooklyn Dodgers and Lazzeri was on the Cubs. This is a photo of them reuniting on the field during a game.

"A face in the crowd on Stockton Street" by Brandon Doran.

A group of sixth graders from St. Paul's Episcopal School in Oakland experienced a little bit of magic and intrigue during a day of volunteer work yesterday. The students were out cleaning up