Down by the Marina Green and the tony Marina Yacht Harbor, an inattentive Porsche driver has driven his penis extension fine German automobile in to some roadwork along Marina Boulevard. According to eyewitness reports on twitter, it took half a dozen city workers to dig out the vehicle, while the guy just sat in his car and assumed everyone else would do the work for him. Like he always does, probably. 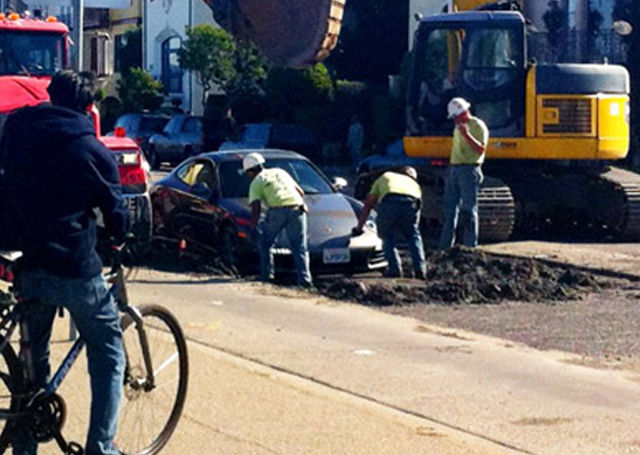 The previously mentioned anti-domestic violence message, inspired in part by Sheriff Ross Mirkarimi's remarks that his ongoing domestic abuse case was a "a private matter" went up on Tenth Street at Harrison yesterday.

For lunch today, we had intended on eating the Roast Beef Sandwich at Darwin Cafe — SoMa's not-so-best-kept secret, a small cafe/sandwich shop tucked away on Ritch and Bryant — but we were either