Judging by the covers alone, this week is not a very strong showing for San Francisco's alt-rags. On the Weekly, we've got an imported story from a sister publication in Seattle and the Guardian went with quite possibly the most tired pun in the history of the English language. Still, momma told us not to judge an alternative weekly paper by its mediocre cover story, so we dive in to find what's worth reading, what's funny and what gets a pass:

Worth Reading: Joe Eskenazi describes the Amazing Stories that former supervisor and current mayoral candidate Tony Hall has to tell. Like Hall's warm honey voice, they're a pleasure to listen to (read about). Did you know Tony used to drive Elvis Presley around? Bonus: it's not even very long!

Jonathan Kaufman's review of Fifth Floor, the Palomar Hotel's restaurant, is a pretty good read as well. He seems surprised to learn that a hotel restaurant could actually turn out such ambitious food like spherical blobs of yogurt and aerated carrot juice. "In a hotel!"

Funny: In Bouncer this week, Katy St. Clair tackles everything from the neofeminism in Paris Hilton's new reality TV show to why San Francisco insists on putting trendy labels on it's watering holes (Bar, Saloon, Lounge, Gastropub, Tavern, etc). Somewhere in there is a review of Urban Tavern in the O'Farrell Hilton.

Also, Dan Savage helps out a 23-year-old, possibly bisexual, gentleman who has never had a date for fear of being rejected. The kid gets the Savage Love he needs.

Shenanigans of note: their Letters section is made up completely of "Web Comments". If people aren't writing letters to the editor anymore, can't we just do away with the backpages and make this thing a proper website already?

Worth Reading: "Ecological Rewind" investigates the issues with the movement to drain the Hetch Hetchy reservoir and restore the valley as park land. Reporter Rebecca Bowe seems somewhat sympathetic to the environmentalists' efforts, but also: where else are we supposed to get our water from without also draining the city's coffers?

Funny: In "Stop the Presses?", Sean Hurd (once himself a high school journalist) interviews two high school newspaper editors in the city. The piece isn't so much "haha funny" as it is ironic because the Guardian could learn a thing or two from these kids.

Also: The Parkmerced ads showcasing garden villa apartments on page 15 are funny. Because: haha! They're gonna tear that place down in like a year anyway.

Shenanigans of note: On the cover (and on SFBG.com), the paper implores us to check out some kind of "Guardian Deals" on a site called Forkfly.com. Nothing hurts your credibility as a publication quite like shilling for some kind of Web Whatever.0 deals site. 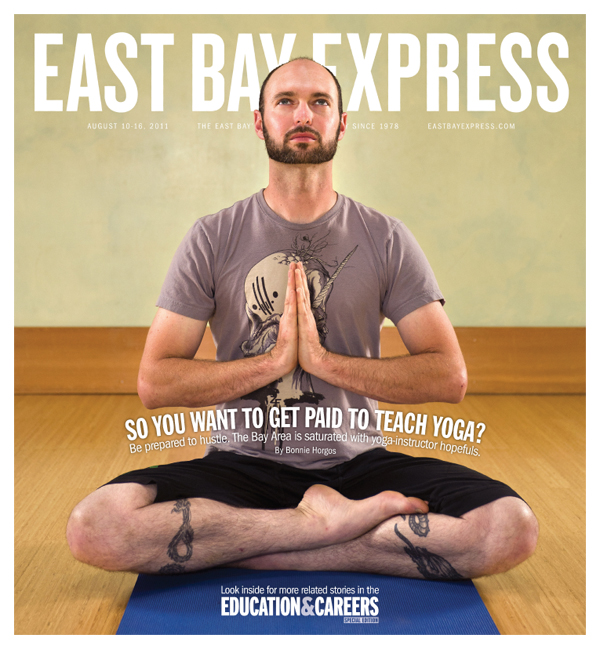 Funny: The one-two punch of "Tattooed World" and "The Rise in Tattoo Removal".

Don't Bother: "Thinking about a Career in Yoga?", no seriously, don't bother - we have too many yoga teachers as it is. Go teach English or something.

Last night BART put out a rider alert warning passengers, "Protests may disrupt service as early as Thursday, August 11th" (that'd be today). The protests -- more demonstrations in response to the officer-involved

Surviving Ed Lee's First Debate [SFGate] What To Eat at A Taste of The Bay Area at Outside Lands [Feast] Anthony Bourdain Slaps on Pair of Wayfarers, Blows Up Dolores Park and Toronado