Oenophiles and winedrunk sensible shoppers in the Castro, Upper Market and Lower Haight neighborhoods rejoice: you might soon be able to slip in a free tipple while shopping for toilet paper, to-go sushi and sheetcake at the Market Street Safeway. As neighborhood blog Haighteration reports, nearby residents have received notices that the recently remodeled (but still kind of externally gross) supermarket has applied for an "instructional tasting license" from the California ABC.

While the specifics of an instructional tasting license are fairly mundane (it allows wholesalers and supermarkets to dole out samples, basically). Haighteration's research turned up something more promising than just a Costco-style sample table:

Which: neat, we hardly ever cross a bridge, so we hadn't noticed. And the following photo of a Safeway wine bar in Livermore (California's other wine country) turned up on Yelp: 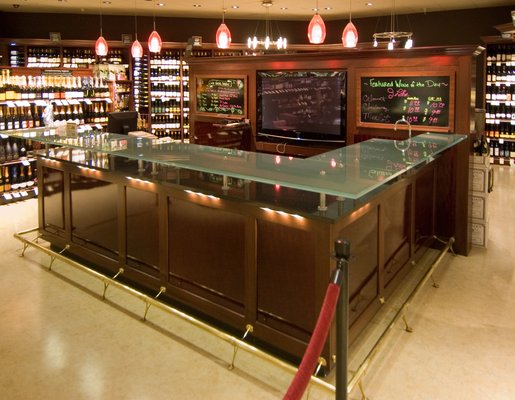 So there you go, the Market Street Safeway could soon be serving up tastes of Napa Cabernets in the same building that hands out free shingles vaccinations. Who even needs to go to wine country anymore?

Today's palate cleanser comes to us from a strange little place called NYU, where this music video was produced for a campus reality show. Yes, we know, bemoaning the annoyance of hipsters and