Egads. Iconic Jeopardy host Alex Trebek injured himself this morning while chasing after an apparent burglar at a San Francisco hotel. NY Post reports: "The TV veteran, 71, revealed the dramatic confrontation as he hosted a geography quiz hours later on crutches. He told audience members at the National Geographic World Championship, held at the Mountainview, Calif., headquarters of tech giant Google, that he encountered the crook at 2:30 a.m. local time."

According to MSNBC, the Emmy Award-winning host "snapped his Achilles tendon and injured his other leg," but will be just fine. No word yet why or how Trebek came across the robber during the wee hours of the morning.

It's unclear whether or not the hooligan was captured. We're just relived that our favorite ex-moustached TV personality wasn't critically injured.

Trebek has been the host of the game show Jeopardy since 1984. Before that, he hosted game shows such as Pitfall and High Rollers.

Update: SFAppeal gets the scoop on the gritty details of the story, reporting: "[W]hen the female suspect entered the room and allegedly took a number of personal items and cash...one of the victims [Trebek] awoke and gave chase, injuring himself in the process, while the other called hotel security."

While SFPD could neither confirm nor deny the specifics, SFPD spokesperson Lt. Troy Dangerfield explained to the Appeal that "there was indeed a burglary in 3 AM in a hotel on the first block of 4th Street."

Update II: TMZ has a mugshot of the women suspected of breaking into Trebek's room. TMZ reports: "56-year-old Lucinda Moyers was booked on felony burglary and possession of stolen property after allegedly entering Trebek's San Francisco hotel room, taking cash and a bracelet his mother gave him ... and then stashing it near an ice machine on Trebek's floor." 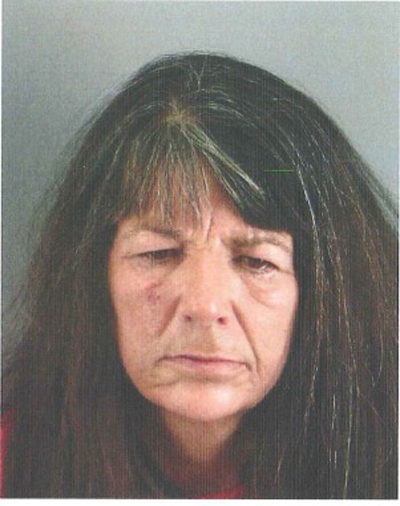 On the cover of yesterday's Chron, architecture critic John King had a piece critiquing the San Francisco Downtown Plan, following on a recently released report detailing the plan's successes and failures over its

Ugh. The Bay Area Derby Girls were recently robbed at gunpoint while some league members were carrying funds raised from a bout. The incident occurred in the Mission district outside after a game