East Bay false prophet Harold Camping, who claims that the rapture will occur on 5/21, has an organization, Family Radio, that has bilked listeners out of $80 million in contributions between 2005 and 2009 with tales about Saturday's impending doom. Even his very own church employees don't buy Camping's judgement day gobbledygook. CNNMoney reports:

[Not] even all of his own employees are convinced that the world is ending on Saturday.

In fact, many still plan on showing up at work on Monday.

"I don't believe in any of this stuff that's going on, and I plan on being here next week," a receptionist at their Oakland headquarters told CNNMoney.

A program producer in Illinois told us, "We're going to continue doing what we're doing."

Most recent IRS filings show that Family Radio, funded by donations, brought in $18 million in contributions in 2009. With mere hours left before being whisked away to heaven via God's fluffy white beard, one would think Camping would have already rid himself of earthly possessions. He hasn't done that yet. However, he did pen a goodbye letter, which you can read here or below. 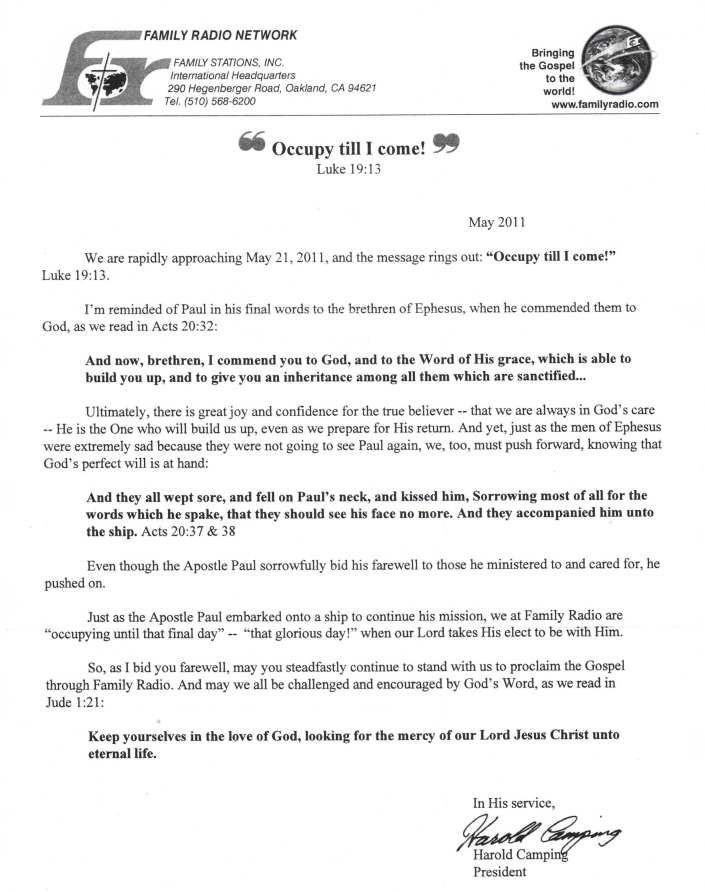 Madison Bumgarner picked up a win against the Dodgers last night - his first of the season. [CBS5] And let's not forget that catch by Schierholtz. Somebody buy that guy a beer. [TheTens]