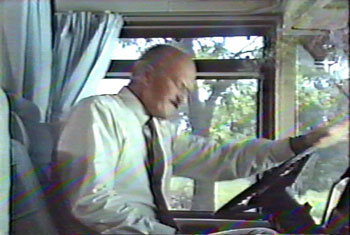 We can't wait to meet the unintentionally hilarious (audio NSFW) "World's Angriest R.V. Salesman" Jack Rebney at the 7:15 Saturday screening of the fourth annual Found Footage Festival! We are promised answers to the following questions: "What does he think of his unintentional cult status? Where has he been? Why was he so angry? And is he going to go off on us?" We'll let you know what happens.

All weekend, the festival will be showcasing brand new, hilarious found video clips that feature everything from workplace sexual harassment videos to a collection of exercise videos by 1985's Playgirl of the Year and a scantily-clad Angela Lansbury. There will be two screenings at the Red Vic on Friday and Saturday nights (7:15 and 9:15) and a matinee at the Parkway Theater in Oakland on Sunday (5 p.m.).

Wow. We hope we're this feisty, and wildly insane, when we're sixty-four. It seems that sixty-four-years-young Diane Craig of Danville was arrested yesterday for attempting to burn down restrooms of an Arco station,