The mass migration from the Bay Area to the Black Rock Desert begins this weekend, and while it may not be true that SF loses any significant portion of its population to the playa, things tend to feel pretty quiet around town this last week in August, what with lots of people on vacation anyway.

For those headed up 80 and over the Sierra to get to Burning Man, experienced Burners like SFist's own Joe Kukura have some hot tips for places to stop along the way, both to fuel up food-wise, and to gather last-minute supplies on the cheap along the route. Here are our suggestions.

Taqueria Guadalajara - Davis
For cheap, delicious tacos and more, don't line up at the Taco Bell drive-thru near the freeway with everybody else. Head to Taqueria Guadalajara, which has two locations in Davis  the original is a little further from 80, and some Yelpers claim it's a bit better, but they have a second location right off Exit 75/Chiles Rd. that has some nice outdoor seating. The tacos are a buck-fifty each, but they also do solid burrito and enchilada work, and they serve something we don't get much around here: carnitas fries.  Jay Barmann
417 Mace Blvd, Davis; and 640 W Covell Blvd, Davis 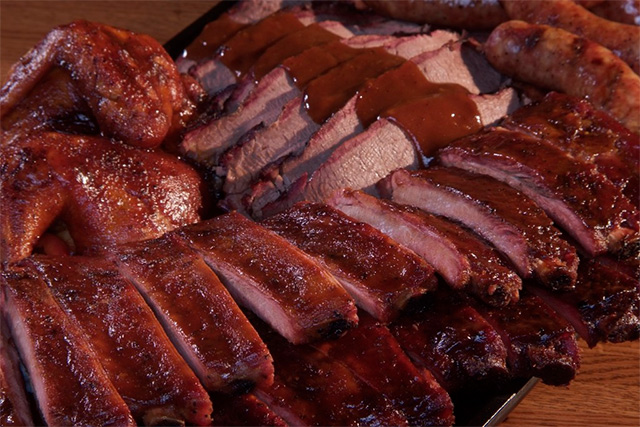 Back 40 Texas BBQ - Roseville
If you want to fill your belly with meat before you get out to the desert, Back 40 is a good bet just outside Sacramento  and it has a handy general store attached where you can grab some last-minute items. Owned by a couple of Bay Area natives, this place consistently takes First Prize at that National Rib Cook-Off in Reno, for what its worth. And $22 a person gets you a full dinner with sides, salad, and dessert.  Jay Barmann
1201 Orlando Avenue, Roseville 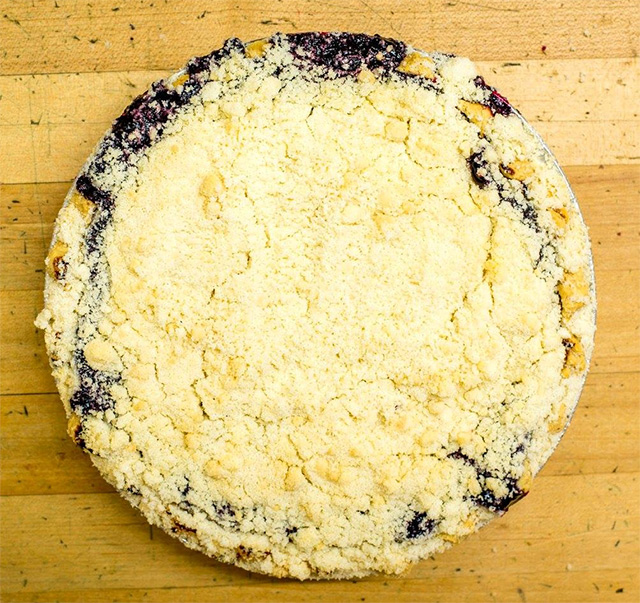 Ikeda's - Auburn
Founded in 1970 by Japanese-American couple Sam and Sally Ikeda, this produce market and burger stand is a charming family business that also boasts something you potentially use for barter at Burning Man: really good pies. The burgers are delicious if you have time to stop, and the market also boasts an array of house-made salsas, frozen chicken pot pies, marinated chickens for roasting, and breakfast treats like peach muffins  all for pretty reasonable prices.  Jay Barmann
13500 Lincoln Way, Auburn 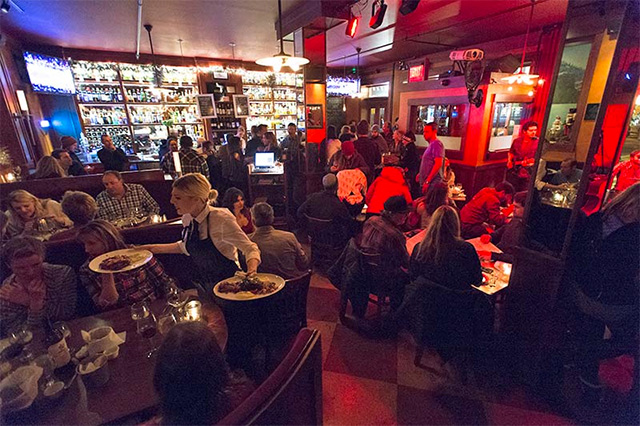 Moody's - Truckee
If you're doing the drive one shot and you want to have one last civilized adult dinner before hitting the playa, this is the place to do it. It's one of the better restaurants in the Tahoe vicinity, they make great cocktails, and if it's prime time on a weekend it may not be so easy to get a seat right away. The burger: very good.  Jay Barmann
10007 Bridge Street, Truckee 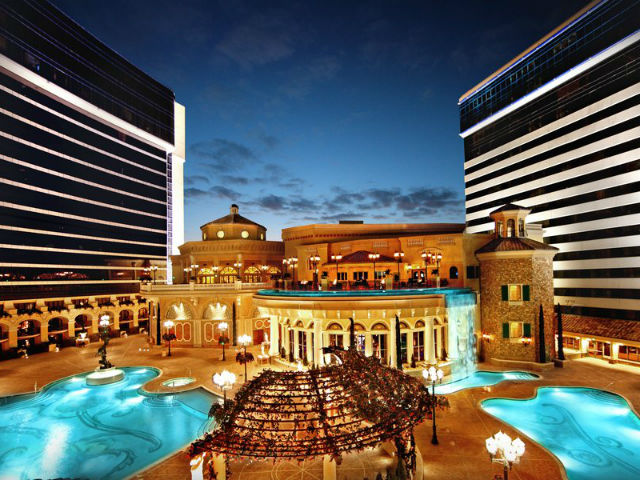 Image: The Peppermill Reno via Yelp

The Peppermill - Reno, NV
Reno has plenty of tacky resort casinos with high-calorie buffets, hot tubs, and inexplicably cheap holiday rooms. But the Peppermill has been named the place to “Never visit the week after Burning Man!” by elderly grouches complaining on TripAdvisor, indicating the degree to which Burners essentially take the place over. The Peppermill is known more as an “on the way home” destination more than on “on the way there” destination, because those showers and hot tubs can so magnificently wash all the desert detritus from your hair, fingernails, and rear end regions. But even at this early moment before the gates have opened, there are hundreds of Burners already lodging at the Peppermill smoking in non-designated areas, going through their drugs way too soon, and bringing tremendous discomfort to parents staying with their children. — Joe Kukura
2707 South Virginia Street, Reno, NV 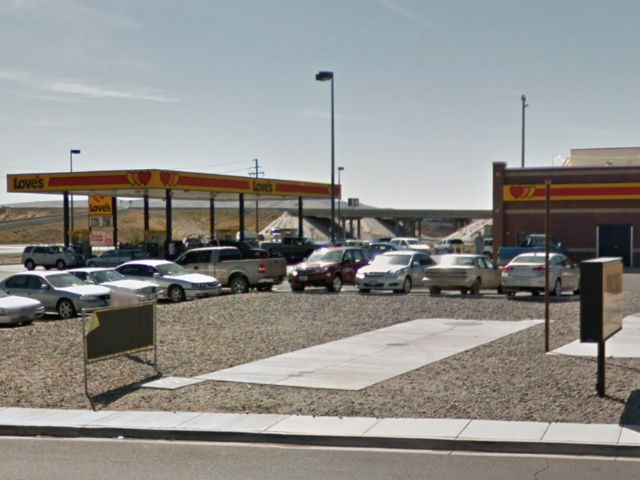 Love’s Travel Stop - Fernley, NV
There is absolutely nothing special about this formula truck stop in Fernley, Nevada  except for rows and rows of free porta-potties that lure every single Burner traveling by car for the obligatory pee stop once they finally make the turn off of I-80. The turnoff from the interstate to the windy, low-speed-limit road of Nevada State Route 447 kind of unofficially marks your exit from the default world, giving this little convenience store an iconic place as a milestone on the trek to Burning Man. And pro tip: On the way home, Love's Travel Stop will take your grey water off your hands for ten bucks. — Joe Kukura
I-80, Exit 46 at Highway 95A, Fernley, NV 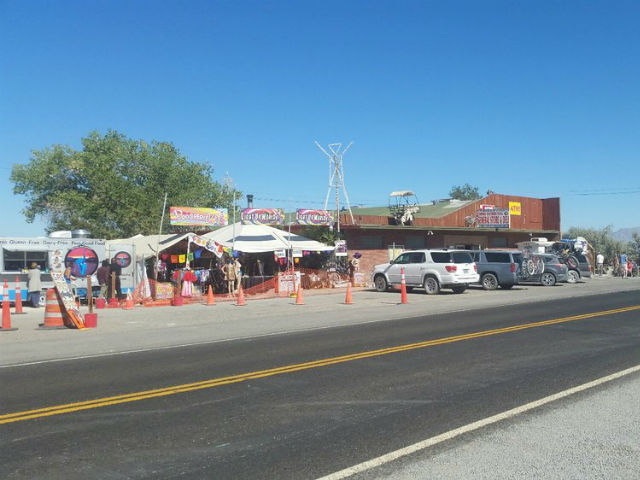 Empire General Store - Empire, NV
Yes, the traffic flow is a goddamned nightmare at this last-chance gas station in tiny Empire, Nevada. And yes, you will be accosted by crusty Symbiosis and Oregon Eclipse refugees desperately begging for a ticket or a place to hide in your trailer or luggage. But the “almost there!” euphoria will begin to fully set when you stop at the Empire General Store, and it never hurts to buy a couple more $20 LED blinkie accessories at the makeshift vendor tents, or to grab some Indian tacos or taxidermied animal bodies to support the locals. — Joe Kukura
Mile Marker 69 at State Route 447, Empire, NV

Related: Get Excited, Burners: New Video Recaps All The Playa Art From 2016


Photo courtesy of Back 40 Texas BBQ

UGH. Joey Gibson, the highly erratic organizer behind the planned Patriot Prayer rally at Crissy Field tomorrow, has just announced via Facebook that the event is canceled due to safety concerns. Instead he