Up in the Haight, the space that was formerly the beloved Red Vic movie theater, later briefly reborn as Second Act Marketplace, has undergone a new transformation and has just softly opened as The Bindery, a bookstore/cafe and event space from local bookseller Booksmith. Back in October we learned of Booksmith moving into the space at 1727 Haight Street, on the occasion of the bookshop's 40th anniversary, and shortly after Booksmith's winning Legacy Business status with the city  which it received along with two other veteran booksellers, Green Apple Books and Dog-Eared Books.

Now, as Hoodline reports, The Bindery is making its debut, with books on the shelves, some cozy chairs and couches, and a bar and event in the rear  cocktails, beer, and wine will be served starting in October (though it looks like wine and some other stuff may already be available). 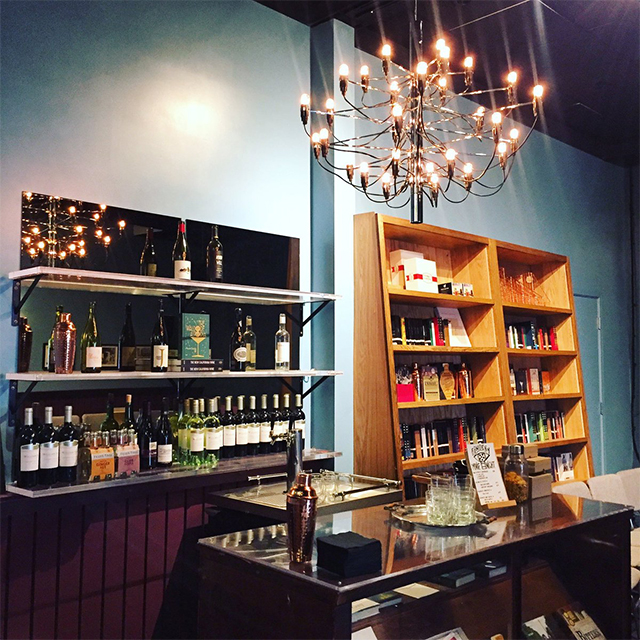 Book buyer Camden Avery explains to Hoodline that "It's an experiment in a bookstore... where [the books] are all organized chronologically based on the date they were written in a continuum of world literature so that you can experience it differently." He says that the books selection will be an ever-evolving "index of converging and diverging stories that lead towards our literary, cultural moment."

Currently The Bindery is open from 2 to 8 p.m. daily and may have later hours on event nights.

A new play by local author Daniel Handler, of Lemony Snicket fame, by the name of Imaginary Comforts, or The Story of the Ghost of the Dead Rabbit, will be having its world