Can math determine who'll commit a crime while out on bail and who won't?

In an experiment that's been underway since May 2016, San Francisco has adopted an algorithm designed by a Texas-based judicial reform non-profit to help determine if a suspect can be released on their own recognizance or should be kept in jail while awaiting trial. One of those suspects recently released by the algorithm is now implicated in the murder of 71-year-old Edward French last month.

The San Francisco Chronicle reports that 19-year-old Lamonte Mims was arrested on charges of possessing a gun while on probation. When determining whether or not Mims should be released before his trial, the courts factored his results in the algorithm  which said Mims was a medium public safety and flight risk. Judge Sharon Reardon decided to release Mims provided he checked in regularly with the city's pretrial diversion unit.

(In San Francisco, the defendant's results in the algorithm are used as a tool to help the judge make a final decision on whether or not to release him or her.)

Five days later, Mims and 20-year-old Fantasy Decuir allegedly shot French. They were caught in connection with another crime, in which Mims and Decuir reportedly robbed a pair of victims near St. Mary's Cathedral at gunpoint. According to San Francisco prosecutors, it was Decuir who was the shooter in French's murder. 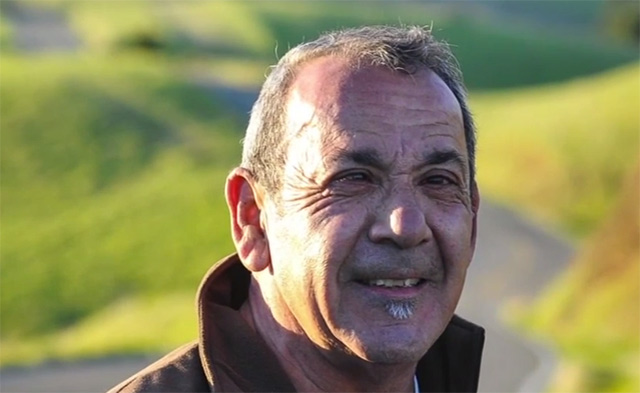 The algorithm is currently in use in San Francisco, New Jersey, and New Mexico. It was created by the Laura and John Arnold Foundation to mathematically predict which defendants might re-offend once released. Basically the algorithm aims to be more fair than the current bail system, which requires the accused to have access to a lot of money. The foundation won't reveal exactly how they came up with the algorithm, but it apparently involved studying 1.5 million criminal cases and how those suspects behaved upon release.

It's important to note that John Arnold, one of the founders of the foundation, was a hedge fund manager. Eric Siddall, vice president of the Los Angeles Association of Deputy District Attorneys, told the Chron that hedge fund math shouldn't be used in criminal cases. "We're trying to use a method that hedge funds use to make money to make a determination of whether someone should be in custody or not," said Biddall. "The problem is if a hedge fund makes a mistake, they lose money. If we make a mistake, someone dies."

A lawsuit has been filed in New Jersey over a case similar to that of Mims and French. A suspect released based on his algorithm results allegedly killed an innocent victim.

"Our country's pretrial justice system relies on judges to determine who stays in jail pending trial and who is released. There is no perfect, foolproof way to make this determination. But we believe that as a society we can adopt practices that provide better information for judges to make more informed decisions  decisions that are likely to reduce the risk to our communities," said foundation spokesperson David Herbert in a statement reported by the Chronicle.

San Francisco officials don't think major changes should be made to the court's use of the algorithm over one tragic case. "If we are trying to enhance public safety and want to do so in an equitable way, then custody decisions based on risk are going to be better than those based on financial means," San Francisco District Attorney spokesperson Alex Bastian said. "However, it is vital that risk is calculated as accurately as possible. That is why the system needs to constantly push itself to do the best it can in taking on the difficult task of predicting human behavior."

Public Defender Jeff Adachi agreed, saying "I've been around a long time and there are cases where people had been released and something happened that nobody anticipated. While it's certainly tragic, we shouldn't make any assumptions here."

Edward French was a longtime photographer and film location scout. He was reportedly being robbed of his camera when he was shot on July 16.

Benevolent and wealthy musical sensation Lady Gaga apparently handed out money to homeless people after performing to a sold-out crowd at AT&T Park on Sunday night. According to Twitter user @dinogaga16

We were determined to loathe and ignore the Oakland Raiders this season, as the team has one foot out the door now that their obnoxious move to Las Vegas is a done deal.