Property along Market Street at 12th that belongs to the UA Local 38 Plumbers Union a notable union of plumbing companies and individuals - across the street from Zuni, is slated for redevelopment to become a complex of five buildings surrounding a public plaza, and will include 579 dwelling units as well as a lot of new retail space. The Architect's Newspaper has the story about what they call a "complicated site" that includes "a series of impediments and historic properties" that need to be taken into account.

One of those impediments is "an immovable ventilation shaft" that appears to serve a BART tunnel that runs underneath the site, and the architects - a collaboration of David Baker Architects (DBA), Kennerly Architecture and Planning, and CMG Landscape Architecture - have come up with a sculptural "exoskeleton" to highlight the vent, which will sit in the middle of the public plaza, as shown below. 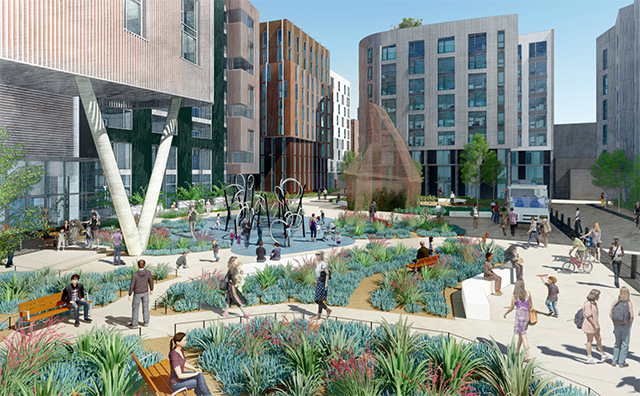 We first heard about the development last year as the city was preparing to convert the 100-unit Civic Center Hotel, an SRO, into the second homeless Navigation Center. The new development will relocate those 100 SRO units to a building at the rear of the site, facing Colton Street (an alley), dubbed 53 Colton, pictured below, and the Civic Center Hotel building will be renovated and incorporated into the larger market-rate development. 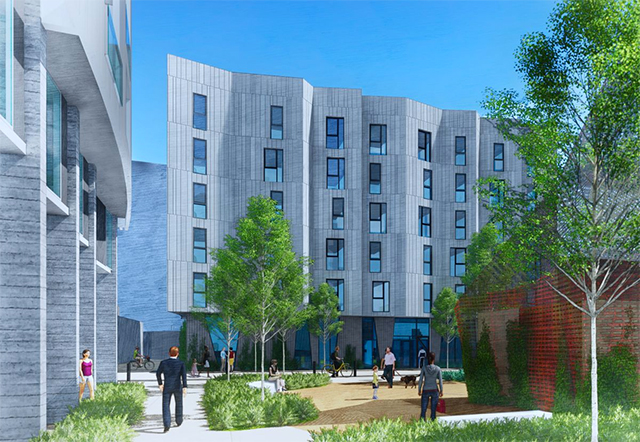 Also included in the project is a replacement facility for the plumbers' union hall, which currently sits at 1621 Market Street and will be demolished.

The project, currently dubbed 1629 Market, will have 13,000 square feet of retail space wrapping the Market Street side of the property.

Design review is now underway and the remainder of the entitlements process will begin this fall. Construction may begin, then, sometime next year. 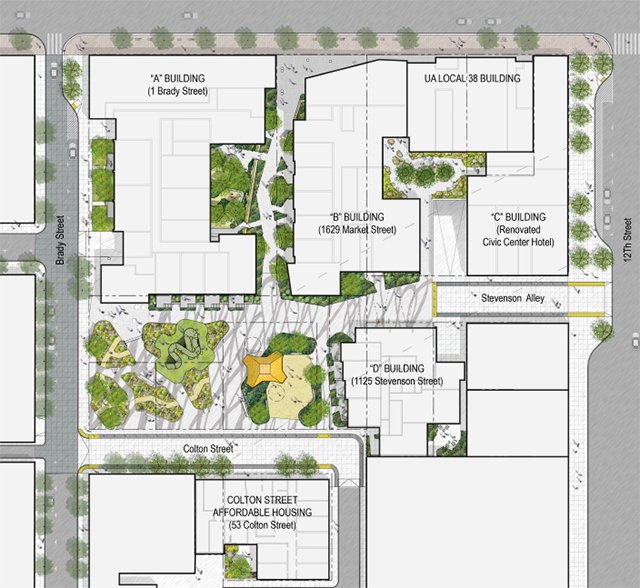 Related: Second Homeless Navigation Center Will Be An SRO At 12th And Market

A judge in Alameda County today denied a bail reduction request from Max Harris, one of the two defendants in the criminal case tied to the December Ghost Ship fire in Oakland. Harris,

In the latest salvo from the Trump Administration against sanctuary city policies, Acting Immigration and Customs Enforcement Director Thomas Homan spoke out during a White House press corps briefing Thursday vowing to crack