The City of San Jose really needs to unload the historic Hayes Mansion. Upkeep is costing the city millions every year and their last buyer just fell through.

Let's start last year with the San Jose Mercury News' (great) explanation of the historic mansion that was purchased by the city for $2.5 million in the early 1980s. It was transformed into a hotel and conference center and has since sucked San Jose dry to the tune of approximately $60 million. It's estimated that upkeep costs the city anywhere from $2 to $6 million a year.

In 2012, Dolce Hotels and Resorts was brought in to run the hotel but it's still a big albatross for San Jose, costing tax payers millions and further burdening an already strapped city.

So when San Jose inked a deal last year to sell the mansion to development firm Asha Companies for $47 million ($5 million over asking), the city breathed a sign of relief. 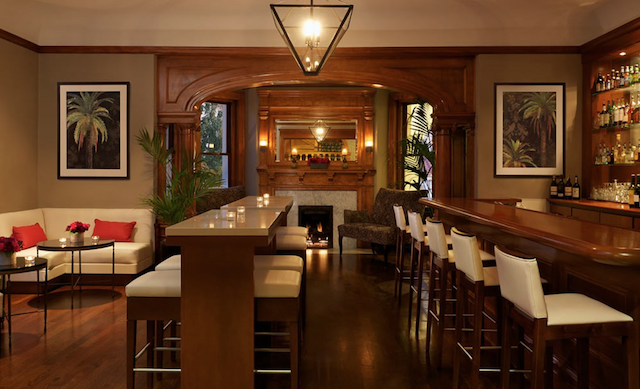 Now KPIX5 brings us news that the deal with Asha has failed through, and the city now "desperately" want to offload this thing. "It was disappointing," says spokesperon Loren Haley on behalf of the city. "It's not unusual for real estate transactions to fall through and now we're just looking forward to the future and excited to see what the market will bring."

San Jose has now re-listed the hotel and conference center, located painfully far away from the heart of Silicon Valley's tech industry, for $36 million.

"Going back out at $36 million will allow us to retire all of the debt and anything above and beyond that would be extra money for the city. But it's a beautiful, very unique property. It's a gem of San Jose. And we're really excited to see it go to a great buyer who will continue to operate it as a hotel, potentially invest in the property and see it returned to its glory," Haley told KPIX5.

Interested buyers (or staycation enthusiasts) can stay at the Dolce Hayes Mansion for around $195 a night. It looks quite gorgeous and there is a pool!

Related: The Tale Of 'The Most Complicated Real Estate Deal' In SF History

Contemporary Bay Area residents can rightfully complain of overpopulation, overdevelopment, and a housing crunch. But amidst this development boom, the history buffs over at KQED remind us that the Bay Area still has